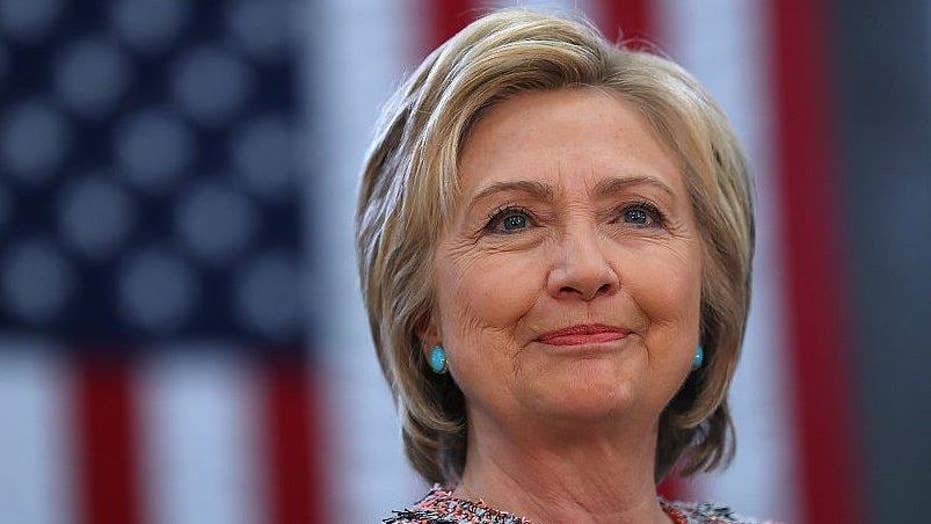 Sept. 24, 2015: Cheryl D. Mills, Counselor and Chief of Staff, U.S. Department of State, listens during a commitment workshop titled "Haiti: Lessons for the Future" on the second day of the Clinton Global Initiative 2012 (CGI) in New York. (Reuters) (REUTERS)

The ruling came after Ty Clevenger, an attorney in New York City, filed the complaint. He recently was denied files from the FBI related to Clinton’s email investigation, due to what the bureau called a lack of public interest.

Clevenger argued that the lawyers should be investigated for wrongdoing by destroying evidence, The Baltimore Sun reported.

Harris said Clevenger’s appeal to have the lawyers investigated “appears to have merit,” the Times reported.

Clevenger is looking to prove Clinton committed perjury, the Times reported. He said he was writing a book about political corruption -- and has lobbed accusations against both Republicans and Democrats.

U.S. President Bill Clinton's personal lawyer David Kendall walks to hold a briefing with the press outside the White House, February 1. Kendall said that they would ask a court to find Independent Counsel [Kenneth Starr] in contempt for allegedly leaking to the media about possible plans to indict[ Clinton] before he leaves office. "The Office of Independent Counsel has once again engaged in illegal and partisan leaking," Kendall said. - PBEAHULWZAI

“The court is ordering bar counsel to investigate,” Harris said.

Former FBI Director James Comey said in July 2016 that while Clinton’s use of a private email server was “extremely careless,” he decided against recommending criminal charges.