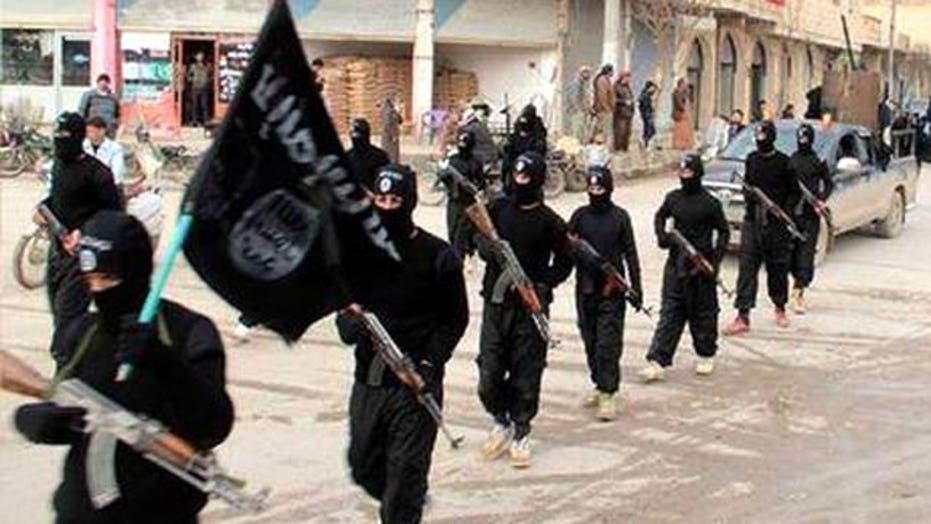 US strategy failing as ISIS militants march on

More than two months after the U.S. first launched airstrikes against the Islamic State, the military mission has a name: “Inherent Resolve.”

A senior military source confirmed to Fox News that “Inherent Resolve” officially has been chosen as the title of the operation.

The name comes after questions were raised about why the administration had not named a mission that has escalated to involve several coalition partners and hundreds of airstrikes in both Iraq and Syria.

As of Sunday, the U.S. had conducted nearly 400 strikes in both countries. The number has risen since then – on Wednesday, the U.S. military said it launched another 18 airstrikes overnight near the contested Syrian city of Kobani, intensifying an air campaign against Islamic State militants' efforts to capture the city near the Turkish border.

Why the mission was not named until now is unclear.

Every U.S. military intervention since the invasion of Panama in 1989, code-named Operation Just Cause, has had a name.

Even the operation to combat Ebola in West Africa was given an operational name the same day it was announced: Operation United Assistance.

An unnamed Defense official was quoted in a recent Wall Street Journal report suggesting the administration was reluctant to name the anti-ISIS mission because: "If you name it, you own it. … And they don't want to own it."

He said earlier this month that officials were considering a potential title. Kirby explained that one reason for waiting to name the operation has to do with the complex evolution of the mission.

Fox News’ Justin Fishel and The Associated Press contributed to this report.