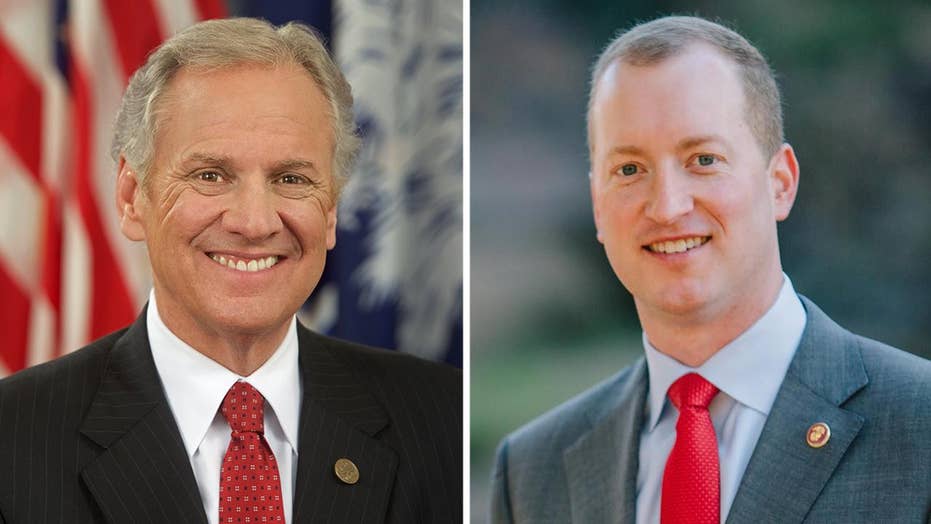 McMaster, Warren battle for Trump base in SC governor runoff

The political fight between incumbent Henry McMaster and John Warren to be the next Republican nominee for South Carolina's governor narrows down to one factor: who mirrors President Trump best. Political strategists say they run on similar policies, suggesting a tight race ahead of Tuesday's primary runoff.

COLUMBIA, S.C. – Henry McMaster took a big leap when he endorsed Donald Trump for president in January 2016, well before the billionaire businessman had vanquished his 16 more conventional primary foes.

Now, the South Carolina governor is hoping that early support pays dividends – as the incumbent looks to visits from the president and vice president to put him over the top in his Republican primary runoff this Tuesday.

President Trump has announced he’ll be visiting South Carolina to stump for McMaster on Monday night, on the heels of a visit from Vice President Pence.

“Henry worked so hard & was so loyal to me that I look forward to reciprocating!” Trump tweeted.

McMaster responded: “I am honored by your friendship and support, Mr. President. On behalf of South Carolinians everywhere, we look forward to seeing you on Monday night!”

As in so many Republican primaries this year, the gubernatorial race may indeed hinge on which candidate can most convincingly align with Trump, according to Dean Emeritus at the University of South Carolina Charles Bierbauer – though both McMaster and rival John Warren are running on similar platforms.

Another factor is simply whether the bulk of voters who supported candidates eliminated in the initial June 12 primary will gravitate toward Warren or McMaster. Warren is making a big play for those voters but has a long way to go.

“Certainly McMaster needs to gain a handful of points,” Bierbauer said, but added, “Warren needs to gain about 25 points … It’s a tougher climb for Warren.”

McMaster was the clear leader in the June 12 primary but was forced into the runoff after failing to win a majority – with 42 percent of votes compared with Warren’s 28 percent. 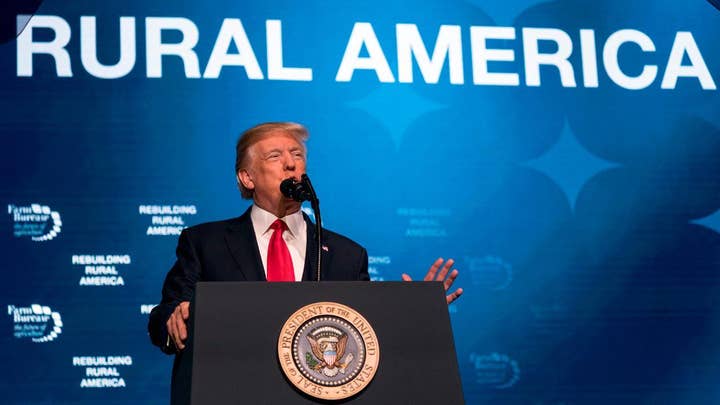 McMaster, a career politician, supported candidate Trump in 2016 when he was still lieutenant governor. He later became governor after then-Gov. Nikki Haley was tapped to become Trump’s ambassador to the United Nations.

McMaster isn’t shy about reminding voters how he backed Trump before most others in the Republican Party.

“I campaigned with him all over South Carolina. In fact, they tell me I was the first elected official in the country to endorse him,” McMaster said. “We see things alike, and I think he’s a great man.”

Like Trump, he boasts of his agenda to “drain the swamp.”

Warren, though, touts a similar shake-things-up approach to governing.

Warren, like Trump, is a political newcomer with a background in real estate. He is the founder and CEO of Lima One Capital, a specialty mortgage finance company currently lending to residential real estate investors and homebuilders in over 40 states.

As a Marine combat veteran who served in Iraq in 2006 and led over 300 combat missions, he is campaigning on a message of running the government like a military mission.

“I think this election comes down to leadership … and leadership comes down to a person’s core values. Their core competencies and whether or not they have courage,” Warren said. “We have got to have someone with the courage to take on the career politicians, the government insiders, the lobbyists and the special interests and that’s what I’m going to do as governor.”

The runoff winner will eventually face state Rep. James Smith, who won by a landslide during the June 12 Democratic gubernatorial primary. Like Warren, Smith is a combat veteran. He received a Purple Heart after serving in Afghanistan on a 12-month deployment with the Army National Guard.

“The challenge for the Republicans is they’re running hard right to get the nomination … but they are going to need some of the independent voters [in November],” Bierbauer said. “There may be, to Smith’s advantage, crossover voters from the Republican Party who are anti-Trump.”

However, a Democrat has not served in the Governor’s Mansion in over 16 years.

In the GOP primary, political analysts say despite Warren’s deficit with name recognition, he is gaining ground. He has received endorsements from political figures across the state, as well as his formal rivals, hoping their backing can push him over the top in Tuesday’s runoff.

“Name recognition is always a factor when running a statewide race and you have one candidate who has run that kind of thing as McMaster has and one candidate who is basically outside the Upstate, not known at all, and only known as a businessman -- so the challenge is much greater for John Warren than it is for Governor McMaster,” Bierbauer explained.

The ex-candidate endorsements for Warren don’t bother McMaster, who reasons:

“I think I have the most important, significant endorsement of them all and that’s our President Donald Trump.”