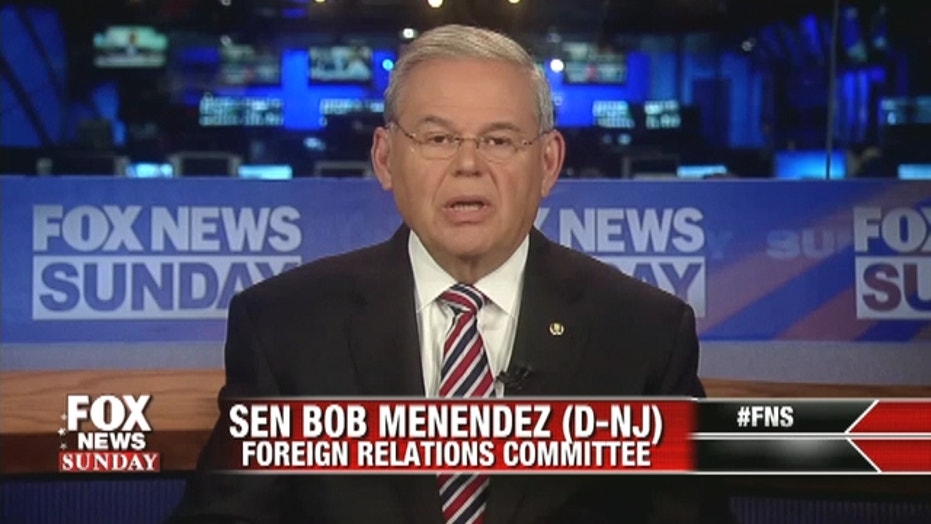 Bob Mendendez vows to be vindicated

The New Jersey senator said he will win corruption charges and will be vindicated.

He may emerge from his federal bribery charges bruised and battered, but Sen. Bob Menendez vowed one thing: he will be exonerated.

“When all the facts are known, I know that I will be vindicated and we will win,” the New Jersey senator said on “Fox News Sunday,” his first interview since he his April 1 indictment.

But Menendez denied that the Obama administration carried out the indictment because of his blunt criticism of the president for easing diplomatic relations with Cuba and for the administration’s Iran deal.

“I cannot imagine that an administration – this or any other – would go to such lengths, and undermine our constitutional democracy,” he said.

He said he would not end his criticism of the administration even after his legal problems end.

On Tuesday, the Senate Foreign Relations Committee is expected to debate a bill by Republican Sen. Bob Corker of Tennessee, the committee chairman, and Menendez, a Democrat, that would give Congress a say on any deal. Republicans and some Democratic critics of the Iran negotiations are trying to erect obstacles to a deal, while most Democrats are aiming to give negotiators more leeway.

Menendez said it's a "congressional duty to review whatever agreement comes about." And, he said, nothing will get in his way of opposing the administration.

“Let me just simply say, I am not backing off,” he said.

Menendez, the son of Cuban immigrants and one of the longest-serving Hispanic members of Congress, is accused of accepting gifts and luxury vacations from a wealthy Dominican eye surgeon, Salomon Melgen, in exchange for political favors.

When asked about removing Cuba from the list state sponsors of terrorism, Menendez was sharp in his criticism.

I think the President has a misguided calculation, that if you open your hands to dictators, they will unclench their fists,” he said.