Trump impeachment trial is a 'political proceeding,' not a legal proceeding: Andy McCarthy

The House impeachment managers on Tuesday morning filed a pre-trial brief in their case against former President Trump, previewing the argument they will make against him in the Senate trial set to start in one week.

"In a grievous betrayal of his Oath of Office, President Trump incited a violent mob to attack the United States Capitol during the Joint Session, thus impeding Congress’s confirmation of Joseph R. Biden, Jr. as the winner of the presidential election," the impeachment managers, led by Rep. Jamie Raskin, D-Md., wrote. "As it stormed the Capitol, the mob yelled out 'President Trump Sent Us,' 'Hang Mike Pence,' and 'Traitor Traitor Traitor.'"

They add: "This is not a case where elections alone are a sufficient safeguard against future abuse; it is the electoral process itself that President Trump attacked and that must be protected from him and anyone else who would seek to mimic his behavior."

The brief said that the "facts are compelling and the evidence is overwhelming."

Trump's legal team is set to file its response to the impeachment article filed last month on Tuesday as well, per an agreement between Senate Democratic Leader Chuck Schumer, D-N.Y., and GOP Leader Mitch McConnell, R-Ky.

Trump's team and the impeachment managers will file another round of briefs on Monday -- Trump's pre-trial brief and the House managers' reply to Trump's answer to the impeachment article. Then the trial will begin in earnest next Tuesday, Feb., 9. 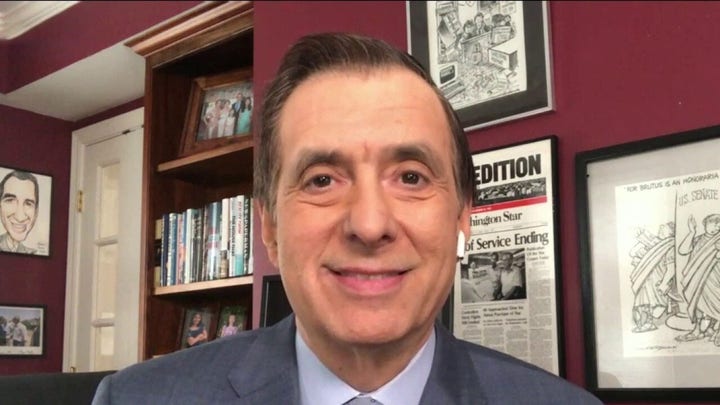 But a Senate impeachment conviction requires a two-thirds vote, which in the Senate would require 17 Republicans to join all 50 Democrats in voting to convict Trump. Therefore, at least 12 Republicans would have to have a change of heart about the trial's constitutionality in order for Democrats to have a shot at convicting Trump. The brief addresses that issue, arguing that the Senate has a duty to consider the impeachment managers' arguments and take a vote on whether to convict the former president.

"[T]he text and structure of the Constitution, as well as its original meaning and prior interpretations by Congress, overwhelmingly demonstrate that a former official remains subject to trial and conviction for abuses committed in office. Any other rule would make little sense," the impeachment managers' brief says.

The Senate has held impeachment trial proceedings for lower office holders that were no longer in office in the past, including in for former Secretary of War William Belknap in 1876. The Senate acquitted Belknap after he departed office.

The Senate, on a subsequent simple-majority vote, can bar a person from holding office in the future if it convicts a person in an impeachment trial. The impeachment managers cite this as part of their argument why the Senate has jurisdiction to try Trump on the House's impeachment from last month. 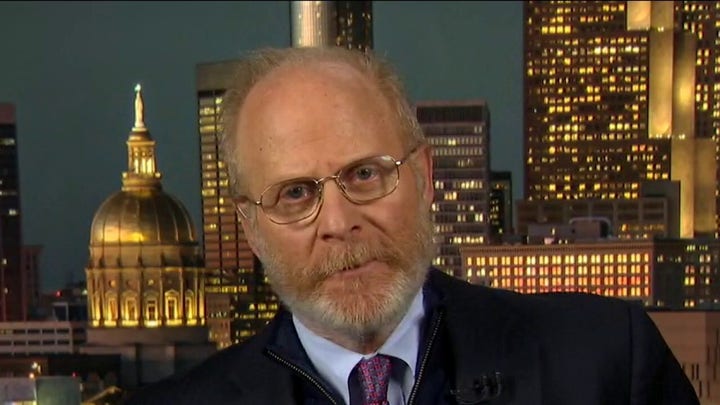 "The Framers then provided two separate remedies, both focused on an offender’s ability to seek and exercise government power: removal from office and disqualification from future officeholding," they write. "As confirmed by their deliberations at the Constitutional Convention, as well as the text and structure of the Constitution, the Framers adhered to British and early state practice in authorizing impeachment for any high crimes and misdemeanors against the American people—whenever committed and whenever discovered."

But Republicans have argued that the trial for Trump, a former president, would be beyond the Senate's jurisdiction. The Senate has not faced a question of this nature on a former president before, so according to most scholars, even if they have an opinion one way or another, it is an open question.

Paul argued on the Senate floor that the chamber cannot and should not take up the trial last week.

"If we are about to try to impeach a president, where is the chief justice? If the accused is no longer president, where is the constitutional power to impeach him?" Paul said. "Impeachment is for removal from office and the accused here has already left office. Hyper-partisan Democrats are about to drag our great country into the gutter of rancor and vitriol the likes of which has never been seen in our nation's history."

It's also highly unlikely any court would step in to hear a case on whether the Senate has the authority it essentially claimed when it defeated Paul's point of order last week, as courts generally refrain from inserting themselves into internal questions of other branches. The most likely way the question would come up is if Trump is convicted and barred from office, and sues in the future to be let onto the ballot -- but that would require Trump to be convicted first, which appears highly unlikely.