Rand, a Kentucky Republican, had called for a procedural vote regarding holding a trial, claiming the Senate shouldn’t address the article of impeachment against Trump filed by the House this month because Trump is now out of office.

If a trial were to proceed, Trump would become the first former president to face an impeachment trial.

In Paul’s view, the votes of 45 Republicans against holding a trial proved his point – and likely rendered any upcoming trial to be moot.

SEN. RAND PAUL CLASHES WITH ABC'S GEORGE STEPHANOPOLOUS: 'YOU'RE FORGETTING WHO YOU ARE AS A JOURNALIST!'

"If you voted that it was unconstitutional, how in the world would you ever vote to convict somebody for this?" Paul told reporters after the vote, according to Politico. "This vote indicates it’s over. The trial is all over." 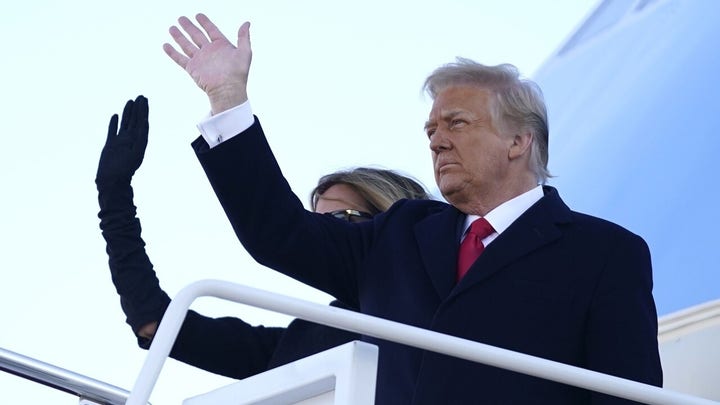 Paul added in a Twitter message that the vote showed the House’s impeachment case – charging Trump with "inciting an insurrection" in connection with the Jan. 6 riot at the Capitol – was "dead on arrival."

On Tuesday night, during an appearance on "FOX News Primetime" with Maria Bartiromo," Paul addressed what he saw as a double standard by Democrats.

"So it's a significant hypocrisy and double standard that they're putting forward and they should be called out on it. Nobody should be shy about calling them out on their hypocrisy."

The only five GOP senators who supported placing Trump on trial were longtime critics of Trump -- Susan Collins of Maine, Lisa Murkowski of Alaska, Ben Sasse of Nebraska, Pat Toomey of Pennsylvania and Mitt Romney of Utah. They voted along with 50 Democrats in the 55-45 tally.

In floor marks ahead of the vote, Paul also claimed that the absence of the chief justice of the Supreme Court also made a Senate impeachment trial unconstitutional. Chief Justice John Roberts said he would not preside over the trial because Trump was no longer president.

"Impeachment is for removal from office and the accused here has already left office," Paul had argued prior to the procedural vote. "Hyper-partisan Democrats are about to drag our great country into the gutter of rancor and vitriol the likes of which has never been seen in our nation’s history."

He also claimed a Senate impeachment trial would be "the antithesis of unity" in a nation seeking healing after years of partisan division.

Senate Majority Leader Chuck Schumer, D-N.Y., argued that Paul’s assessment of the situation was "flat-out wrong," claiming it had already been "completely debunked by constitutional scholars all across the political spectrum." Article 1 Section 3 of the Constitution states that officials can be barred from holding office ever again through impeachment, Schumer said.

The House voted to impeach Trump on Jan. 13, one week after rioters stormed the Capitol following a nearby Trump rally on the day that Congress was gathering to certify Democrat Joe Biden’s Dec. 14 Electoral College victory. The vote was delayed but resumed later that night, after rioters were cleared out of the Capitol.