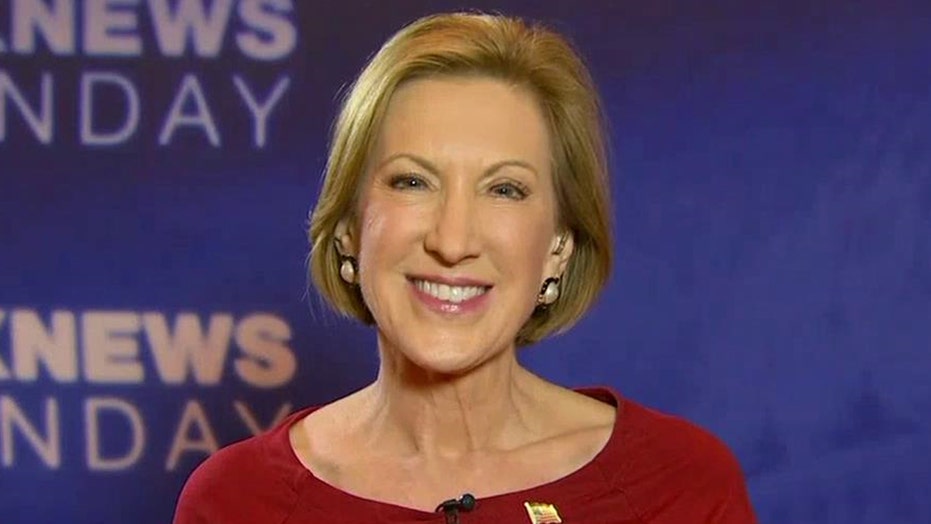 Republican presidential candidate Carly Fiorina on Sunday again backed a government shutdown to defund Planned Parenthood and said she wasn’t “afraid” to be the rising star in the GOP field.

She barely qualified for the CNN main debate of top-10 candidates and had until now often polled in the single digits.

Fiorina, whose personal story includes a breast cancer diagnosis in 2009 and losing a stepdaughter to drug addiction, is now at 15 percent, up 3 percentage points from a CNN poll last month.

“It’s obviously a very important moment because now more people know who I am,” she said Sunday. “As people come to know me and they understand who I am and what I've done and, most importantly, what I will do, they tend to support me.”

Fiorina will have to continue to defend her corporate record, including her tenure at Hewlett-Packard, from 1999 to 2005, during which she laid off 30,000 employees and outsourced jobs. She was fired by the company’s board of directors amid sharply declining stock prices.

Fiorina says she navigated the company through the most tumultuous time in U.S. history for the tech industry.

On the issue of the Republican-controlled Congress vowing to cut Planned Parenthood funding from a temporary spending bill that must be approved by Oct. 1, Fiorina thinks most Americans will accept a shutdown to defund the group, which performs abortions.

“Something very important has changed since the last government shutdown,” she said. “The Republican Party has historic majorities in the House, and we now control the majority in the Senate. A lot of people worked really hard out there in the nation to make that happen …  .And I think people worked hard because they expected a change based on that majority.”

“Watch a fully formed fetus on the table, its heart beating, its legs kicking, while someone says we have to keep it alive to harvest its brain,” Fiorina said during the debate.

On Sunday, she challenged critics who say those videos don’t exist.

"I’ve seen the videos,” she said. “And I continue to dare anybody who doesn’t want to defund Planned Parenthood to watch the videos. … It’s time to end this kind of butchery.”

She also said the group indeed provides import health care services like screenings for breast cancer and sexually transmitted diseases. However, other community groups could perform such services.