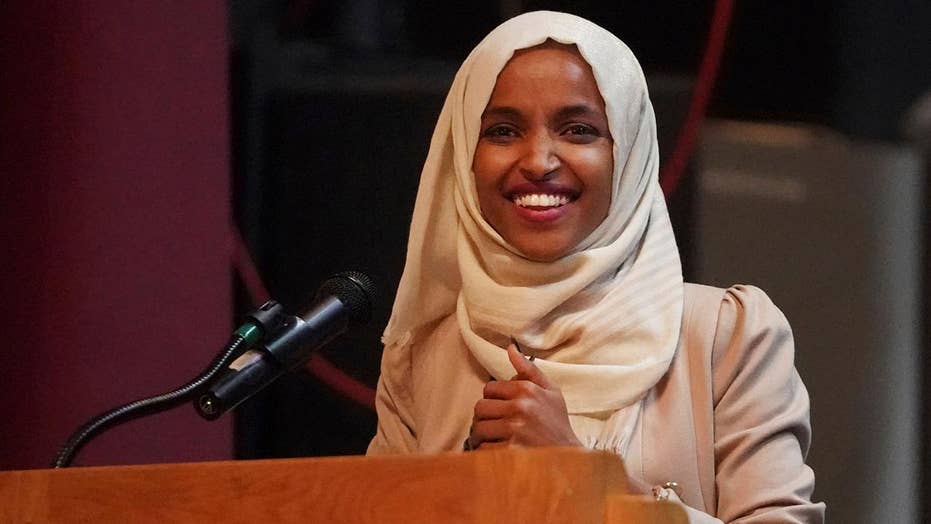 Democrat Rep. Ilhan Omar stirs up new controversy over remarks from a 2018 interview where she called for profiling to fight the 'radicalization of white men.'

Rep. Ilhan Omar, D-Minn., seemed to have hit back Monday at Sen. Rand Paul, R-Ky., with a particular retweet.

Paul had targeted Omar last week in an interview, following President Trump's claims earlier this month that Omar and other members of the progressive "Squad" should "go back and help fix the totally broken and crime infested places from which they came. Then come back and show us how it is done."

"I'm not saying we forcibly send her anywhere," Paul said in an interview last week with Breitbart News. "I’m willing to contribute to buy her a ticket to go visit Somalia. I think she can look and maybe learn a little bit about the disaster that is Somalia."

Omar was born in Somalia but spent much of her early life at a refugee camp in Kenya. The United States granted her asylum in 1995.

Paul said Somalia had "no capitalism" or "God-given (constitutional) rights." As the Louisville Courier Journal reported, he said Omar "might come back and appreciate America more" after going back to Somalia.

TRUMP THROWS 'SQUAD' FEUD BACK AT PELOSI AFTER 'RACIST' ACCUSATION

Then, on Monday, Omar apparently took a swipe back.

In an apparent dig, she retweeted Tom Arnold who wrote: “Imagine being Rand Paul's next door neighbor and having to deal with @RandPaul lying cowardly circular whiney bullcrap about lawn clippings. No wonder he ripped his toupee off.”

Rene Boucher, who had a home next door to the senator in Bowling Green, Kentucky, pleaded guilty last year to assaulting Paul. Paul also won a civil verdict against Boucher for more than $582,000 this past January.

Paul testified during a three-day trial this year that he feared for his life after Boucher, an anesthesiologist, slammed into him in their upscale neighborhood in late 2017.