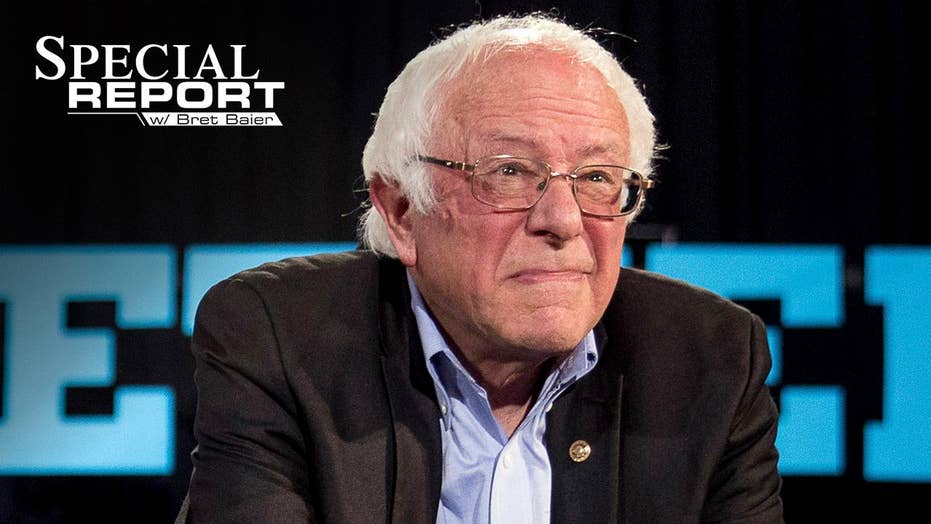 Sen. Bernie Sanders, I-Vt., who on Tuesday announced his candidacy for president, will leave a lasting impact win or lose, Matthew Continetti, the editor of the Washington Free Beacon, said.

Sanders is the twelfth candidate to launch a campaign or an exploratory committee and has raised over $4 million dollars within 24 hours, which exceeded all of his competitors in the same timeframe.

Continetti pointed out that Biden's reluctance to enter the race has “created a vacuum” for business-friendly Democrats and that “poor Amy Klobuchar” is all alone in rejecting the progressive call for free college tuition for all.

“She needs reinforcements. Otherwise, this will not be Barack Obama’s party, won’t be Hillary Clinton’s party. It will be Bernie Sanders’ party and that helps Donald Trump,” Continetti said.

York referred to Sanders as the “big sensation” in 2016 because “no big-name Democrats” challenged Hillary Clinton and also drew attention to the Democrat Socialist’s age.

“Bernie will be 79 years old on Election Day. That is older than Ronald Reagan was when he left office after eight years. That is really, really pushing the limit,” York said.

Meanwhile, Liasson told the panel that Sanders is the “victim of his own success” since the majority of the other Democratic candidates have embraced his far-left ideology, asking why anyone needs a “cranky old guy from Brooklyn” versus the “young, exciting people who agree with him on almost everything.”