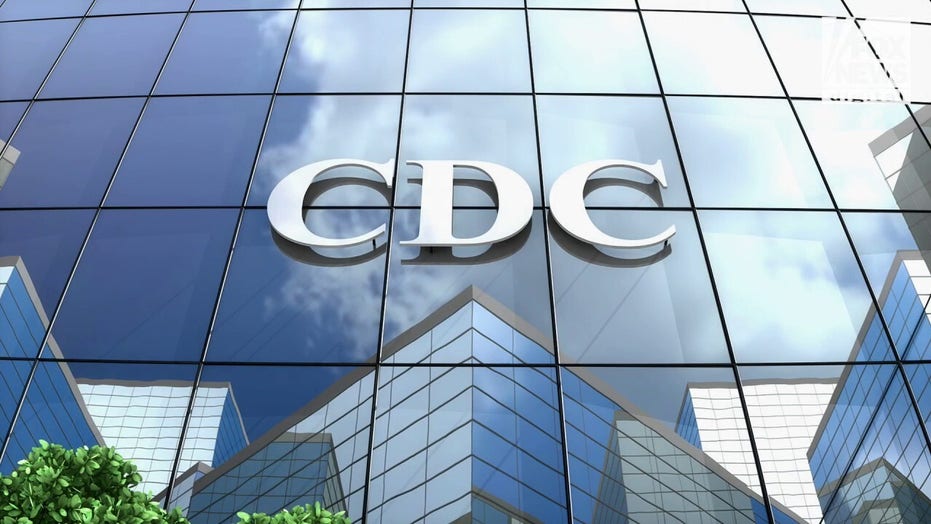 The emails also indicate that Dr. Anthony Fauci flagged an article citing scientific studies disputing the need for students to stay 6 feet apart, noting that the rule appeared to be based on "decades-old research." Additionally, the CDC denied a Harvard University public health expert's request for state-level vaccine distribution data, which she needed for her research about how policies affected vaccinations, the emails show.

The Center for Disease Control and Prevention (CDC) has been criticized and mocked from all sides after a series of muddled messages have baffled Americans amid a record surge in COVID-19 cases and the spread of the omicron variant. (iStock) (iStock)

"These emails show the CDC forged ahead and crafted pandemic policy based on poor data – even after they've been warned old and out-of-date research was being used to support their guidelines," Caitlin Sutherland, executive director of Americans for Public Trust, told Fox News. "First, the CDC allowed teachers' unions to write the guidance on school reopenings, and now we just learned the CDC isn't publishing large portions of the COVID data it collects."

CDC officials recently acknowledged in unrelated internal emails that the agency must clean up its data-gathering process, which hindered the pandemic response, Politico reported.

APT provided the emails to Fox News after obtaining them through Freedom of Information Act requests submitted to the CDC.

The CDC did not respond to a request for comment.

"We don't have federally collected data on what is happening inside schools," Donna Harris-Aikens, deputy chief of staff at the Department of Education, said during a Feb. 11, 2021, briefing between CDC and department officials and Rep. Bobby Scott, a Virginia Democrat.

An unnamed staffer had asked whether a study had been considered regarding learning loss, noting that "[l]earning loss in black and Latino communities is profound."

"There are private vendors examining issue but believe there is an important role for the federal govt. to robustly collect this data for the entire country," she added, according to a transcript of the meeting contained within the emails provided to Fox News.

The CDC issued school reopening guidance the day after the meeting.

A Department of Education spokesperson pointed Fox News to a data-gathering survey that launched in February 2021. None of the questions were related to learning loss, academic outcomes or performance.

Meanwhile, in a separate email sent the day the school guidelines were published, CDC Director Rochelle Walensky questioned whether "missing data" were affecting figures regarding "race and ethnicity" and included in a draft message written on her behalf.

"I was just scanning this report, and it feels like I'm missing something," Walensky wrote in the heavily redacted email.

"How can the national average be that much higher than the average of whites/AA/Hispanics?" Walensky wrote. "IS it because the others are censored to missing data, as given by the footnote (this feels misleading – but maybe the best way to report it)."

Fauci, the chief medical adviser to the president, flagged for Walensky an article published in a health- and science-centric publication that was critical of the CDC's guidelines for school reopening.

SEN. RAND PAUL: FAUCI A 'MENACE,' NOTHING HE HAS ADVISED ON COVID HAS WORKED EXCEPT VACCINE

WASHINGTON, DC - DECEMBER 01: Dr. Anthony Fauci, Director of the National Institute of Allergy and Infectious Diseases and the Chief Medical Advisor to the President, gestures as he answers a question from a reporter after giving an update on the Omicron COVID-19 variant during the daily press briefing at the White House on December 01, 2021 in Washington, DC. The first case of the omicron variant in the United States has been confirmed today in California. (Photo by Anna Moneymaker/Getty Images) (Photo by Anna Moneymaker/Getty Images)

Fauci emailed a Feb. 20, 2021, STAT article to Walensky and wrote: "Rochelle: You probably have already seen this. But just in case, you should be aware of it."

He highlighted several portions of the article, including one sentence that said the "two core pillars of the [CDC] guidelines — that schools should decide whether to open based on community transmission and that students should strive to be spaced 6 feet apart — aren't supported by science."

Another section Fauci highlighted said guidance for students to stay 6 feet apart appeared "to be based on decades-old research." Yet another flagged sentence said the CDC guidelines "will work to provide political cover for interest groups and districts that want to delay in-person school."

The White House and Walensky said the CDC was "following the science" when issuing pandemic guidance throughout the pandemic.

A Harvard public health expert appears to have been left in the dark as she attempted to gather CDC data, the emails show.

Dr. Marcella Alsan, professor of public policy at Harvard's Kennedy School, wrote to CDC officials in February 2021 requesting data on vaccine distribution at the state level to aid her in her pandemic response research.

"Would it be possible to please share CDC data on vaccine distribution by jurisdiction and broad demographic group (age, sex, race/ethnicity?)," Alsan wrote. "Even having this information available at the state level would be very much appreciated."

FAUCI: PANDEMIC STILL HAS 'A WAY TO GO,' MUST BE 'PREPARED' TO RETURN TO COVID-19 RESTRICTIONS IF CASES SURGE

A CDC staffer responded: "Per the lead of the Vaccine Task Force data, we are currently not releasing publicly demographic vaccine data at the state level. Some of our state and jurisdictional partners are presenting these data, though, on their own sites."

After the denial, Alsan wrote to Walensky, calling it a "discouraging response."

Records APT obtained indicate that Walensky forwarded the message to other CDC employees, but further communication is redacted.

The CDC has come under fire in recent weeks over its decision to withhold data from the public.

The New York Times reported last month that the agency has failed to release complete hospitalization data. The publication also said the agency left out information on booster shot effectiveness in individuals aged 18 to 49, which called the group the "least likely to benefit from extra shots, because the first two doses already left them well-protected."

Anonymous sources told the publication that only a "tiny fraction" of the data collected had been made public throughout the two years of the pandemic.

A CDC spokesperson said the unreleased data were "not yet ready for prime time" and cited fears of misinterpretation.

The latest emails showing the lack of school data come on the heels of previously released communications showing that teachers unions had influenced reopening guidance.

Fox News previously reported on emails obtained by APT showing that the NEA and the American Federations of Teachers, the nation's second-largest teachers union, influenced last-minute changes to the school guidance and received a copy before its public release.

The emails followed a New York Post report showing close coordination between the teachers unions and the CDC. APT also obtained those emails through the Freedom of Information Act.