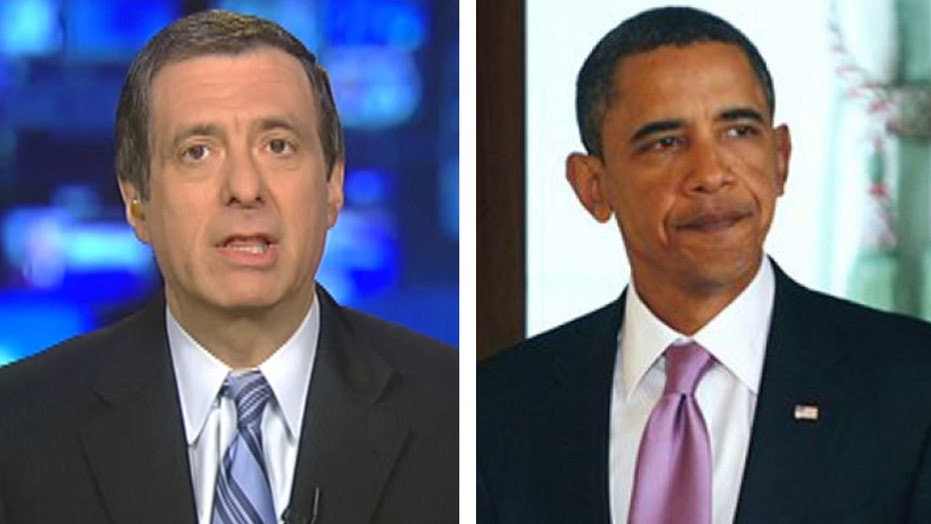 It was an uphill battle for the Obama White House.

The president was on tape, multiple times, as saying he couldn’t do what he later did. Many lawyers were questioning its constitutionality. Republican outrage was generating headlines and killer sound bites. The narrative had turned against the administration.

And then the spin machine went to work.

By the morning after Obama’s big immigration speech, he had moved the needle to neutral.

Take the New York Times. At the beginning of last week, the paper splashed this on the front page:

“President Obama is poised to ignore stark warnings that executive action on immigration would amount to ‘violating our laws’ and would be ‘very difficult to defend legally.’

“Those warnings came not from Republican lawmakers but from Mr. Obama himself.”

This was an important story. The president had said again and again, he wasn’t an emperor, he lacked the legal authority, he couldn’t unilaterally stop deportations. Until he did. The media need to hold Obama accountable for doing a 180 into legally dubious territory.

But in recent days, White House officials blitzed the airwaves with explanations and rationales. The president invited over his allies, including MSNBC’s Al Sharpton, who later praised his speech as great and moving. Obama himself sat down with George Stephanopoulos.

By Friday morning, the New York Times headline was: "Obama's Action Has Precedent, But Also May Set One." In other words, Obama’s pushback turned the story into a legal he said/she said, with a debate over other presidents taking similar action, and that's a win for the White House.

On ABC's "This Week," Stephanopoulos asked: "The speaker this morning says your acting like an emperor and you’re damaging the presidency. Your response?"

And: "On a Google Hangout, you were asked specifically, 'What can you do to prevent families from being broken apart’ and you said, ‘I’m not an emperor, I am out of administrative flexibility.’” The president stuck to his line that the action he took was different than the one he'd been talking about and recycled his "pass a bill" line.

It’s not that the reporting has been unfair. Plenty of ink and airtime has been devoted to critics of Obama’s unilateral action. I’ve seen plenty of footage of Ted Cruz denouncing the president and John Boehner saying he has sullied the office.

But the tone is very instructive. Most journalists believe there should be immigration reform, even if they don’t like the way Obama accomplished it. They agree with the end goal. So there’s no underlying sense of outrage in these stories, the way there would have been if, say, George W. Bush had ignored Congress and privatized Social Security by fiat. There is no drumbeat, no pounding the story day after day. Instead, the narrative is that Republicans are outraged at Obama and may retaliate.

The political fallout is an easy story to cover. We’re good at Beltway bickering. Will the Republicans gum up the machinery of government? Will they alienate Hispanic voters? But what has slid onto the media’s back burner are the 5 million illegal immigrants who will be affected by the president’s defiant decision. That is the story at the heart of this legal and political mess—and they will still be here even if the next president reverses Obama’s executive order.