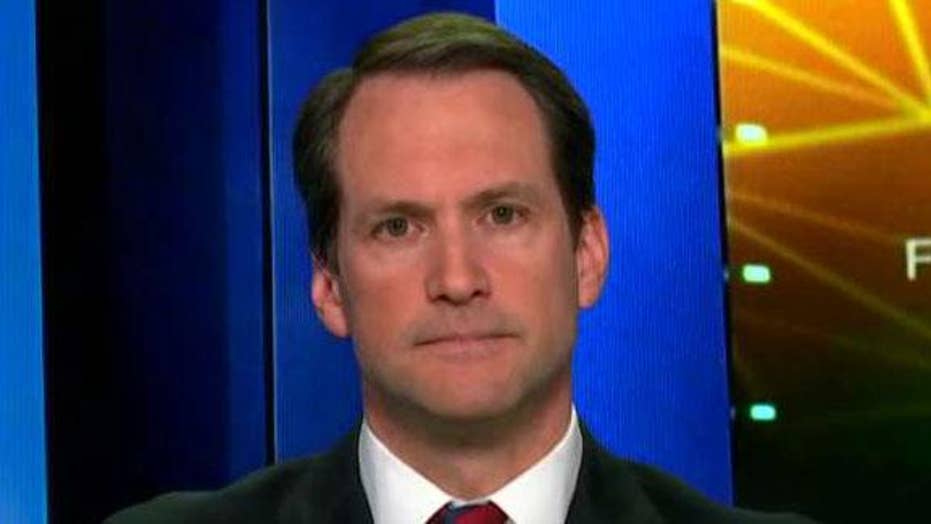 Rep. Jim Himes on where the Democratic Party stands in a post-Mueller Report world

He made those comments on CNN where host Wolf Blitzer asked him whether, like House Speaker Nancy Pelosi, D-Calif., he wanted to see Trump "in prison."

"More than anything else," he told Blitzer. "This isn't about my feelings or about retribution. Look, the lizard brain that I have says I hope bad things happen to this man because he has been so destructive to our Republic, to the concept of democracy, to the concept that internationally we are a light unto the nations."

Blitzer was referring to a report that Pelosi made that remark during a meeting with House Judiciary Chairman Jerrold Nadler, D-N.Y., who disagreed with her reluctance to impeach.

JESSE WATTERS: PELOSI 'THROWING THE LEFT A BONE' WITH REPORTED COMMENT SHE WANTS TO SEE TRUMP IN 'PRISON'

After the DOJ released Special Counsel Robert Mueller's report in April, both Nadler's committee and the House Intelligence Committee, of which Himes is a member, pressed the administration for more information related to the Russia investigation.

Nadler, along with other Democrats, reportedly wanted to impeach the president but faced opposition from Pelosi who warned that a haphazard attempt could doom future efforts at holding Trump accountable.

Himes, during his Thursday appearance, said that despite his "emotional reaction" to Trump, he recognized that the country was a "nation of laws" and that impeachment would likely fail to achieve removal from office as long as Republicans controlled the Senate.

"So what I really hope—and this is me personally speaking—what I really hope is that if impeachment is not a mechanism of accountability -- and I will tell you flat out that I can't imagine anything happening, anything at all happening that would cause the Senate to convict and, therefore, remove this president so impeachment stops in the House in my opinion," he said.

Himes went on to state that for him, it was more important that America redeemed its values in 2020 rather than seeing Trump in prison.

His comments seemed to touch on a concern among Democrats pushing back against calls for impeachment: Would aggressively pursuing the president's removal hurt the party's chance at taking back the presidency in 2020?