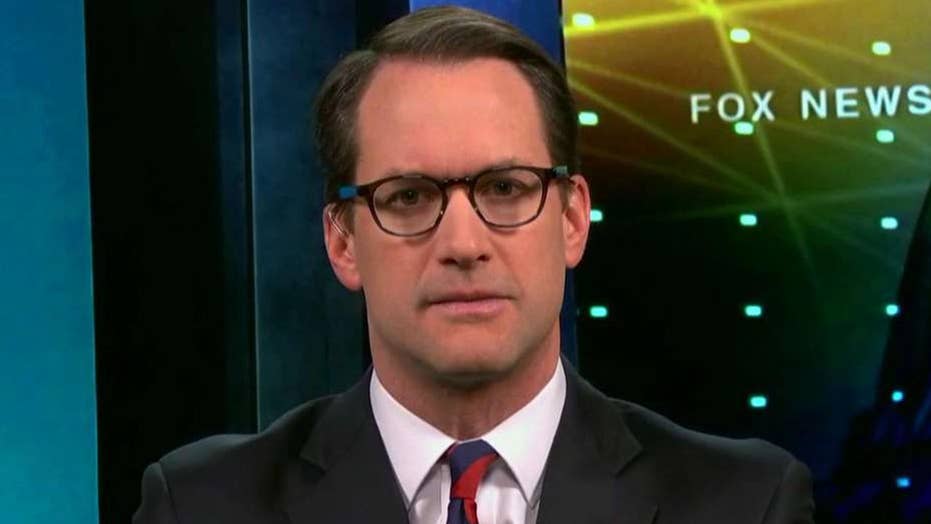 A top Democrat on the House Intelligence Committee said Sunday that the memo his party released this weekend regarding alleged abuses in the federal government’s Russia investigation proves the so-called Steele dossier was only part of the evidence used to get a critical, court-approved surveillance warrant, disputing Republicans’ argument about the importance of the document.

The memo released Saturday is essentially a rebuttal to the one by Republicans on the GOP-controlled committee that argues the FBI and Justice Department relied on the loosely-vetted dossier to get the warrant on onetime Trump campaign adviser Carter Page from the Foreign Intelligence Surveillance Court.

“The application to warrant Carter Page was not based on the Steele dossier,” Connecticut Rep. Jim Himes, the second-ranking Democrat on the committee, told “Fox News Sunday.” “The dossier was just a small part of the application.”

The memo was compiled by former British spy Christopher Steele and was financed in part by the Democratic National Committee and the 2016 presidential campaign of Democratic nominee Hillary Clinton, who was competing against Donald Trump for the White House.

President Trump, who authorized the release of both parties' memos, blasted the one by Democrats within minutes of the intelligence committing releasing it.

“The Democrat memo response on government surveillance abuses is a total political and legal BUST,” Trump tweeted. “Just confirms all of the terrible things that were done. SO ILLEGAL!”

And he argued that the Democrats’ memo didn’t challenge a key point in the Republican memo that the Obama administration’s FBI didn’t disclose to the FISA court who paid for the dossier.

“Dem Memo: FBI did not disclose who the clients were -- the Clinton Campaign and the DNC. Wow!,” Trump also tweeted.

California GOP Rep. Devin Nunes, chairman of the House Intelligence committee, told Fox News’ “Fox & Friends” on Sunday that people should be “scared” by a political party that says, “Don’t worry American public, it’s OK. We do this all the time, we’re going to go dig up dirt on our opponent, get it from Russians, get it from the Brits and we’re going to take it to the FBI and open up an investigation into another campaign. That’s what the Democratic memo says.”

He also urged the FBI and Justice Department to assure Americans that they would never “use political dirt like this again to go to the FISA court.”

Himes on Sunday also disputed an argument in the GOP memo, released earlier this month, about then-FBI Deputy Director Andrew McCabe telling the committee that his agency wouldn't have applied for the warrant without the dossier.

“He did not say that a FISA warrant would not have been requested but for the Steele information,” said Himes, who argued that he witnessed the closed-door testimony while Nunes did not.

When pressed by Fox host Chris Wallace about why that point wasn’t in the Democrats’ memo, Himes said McCabe’s testimony was “classified,” but acknowledged that the ex-FBI official said the dossier was indeed “important.”

The congressman also argued that Steele was unaware of who was paying for the opposition research -- also known as the “anti-Trump” dossier -- that he was compiling.

The Democratic rebuttal said: “In fact, DOJ and the FBI would have been remiss in their duty to protect the country had they not sought a FISA warrant and repeated renewals to conduct temporary surveillance of Carter Page, someone the FBI assessed to be an agent of the Russian government.”

The memo also stated the Page surveillance warrant produced intelligence deemed reliable and sufficient to justify renewals every 90 days, after Republicans questioned in their memo why the FISA court continuously renewed the warrant.

Himes on Sunday also wouldn’t comment on whether the investigations, including the Justice Department one now being led by Special Counsel Robert Mueller, would find evidence that the Trump campaign colluded with Russia during the 2016 presidential race.

FILE PHOTO - Chairman of the House Intelligence Committee Devin Nunes (R-CA) arrives for the State of the Union address to a joint session of the U.S. Congress on Capitol Hill in Washington, U.S. January 30, 2018. REUTERS/Joshua Roberts (Reuters)

“I’m not jumping to conclusions as to what the investigations that are not finished yet are going to show,” he said.

But “when you have 20 indictments, some of which are, most of which are, Russian related, let’s just say without trying to prejudice where this investigation is going to go, it’s like you can’t say that there’s absolutely no there there.”