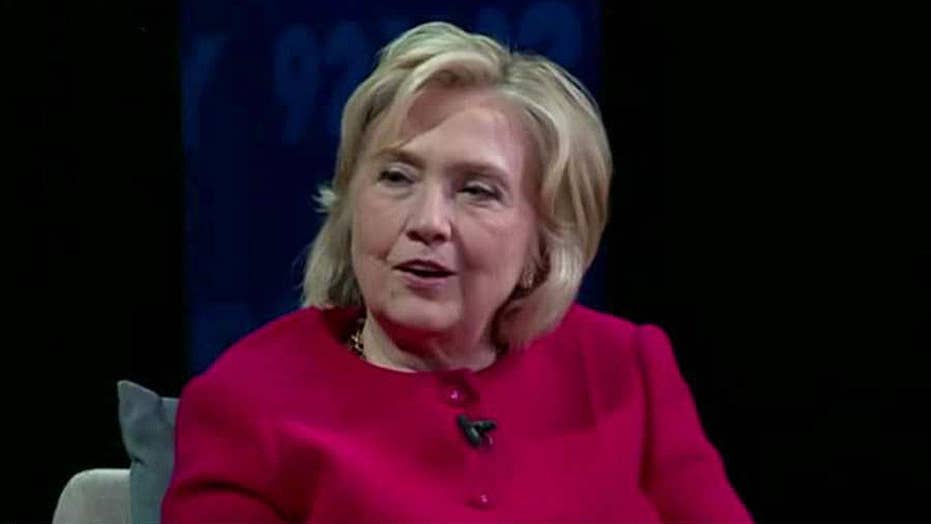 Would voters back another Hillary Clinton presidential run?

In an 'Ingraham Angle' exclusive, pollster Frank Luntz gets a read from independent voters in New Hampshire.

House Republicans plan to hold a hearing into the Department of Justice’s probe into the Clinton Foundation in December -- a month before Democrats will take control of the chamber.

Rep. Mark Meadows, R-N.C., who is chairman of the House Oversight and Government Reform Subcommittee on Government Operations, told The Hill he wants to hear testimony on Dec. 5 from the prosecutor appointed to investigate the controversial foundation, which has been dogged by allegations of "pay to play" when Hillary Clinton was secretary of state. The foundation has repeatedly denied the allegations.

Meadows said it was time to “circle back” with U.S. Attorney John Huber, who was appointed to investigate the foundation.

“Mr. Huber with the Department of Justice and the FBI has been having an investigation — at least part of his task was to look at the Clinton Foundation and what may or may not have happened as it relates to improper activity with that charitable foundation, so we’ve set a hearing date for December the 5th,” he said.

Then-Attorney General Jeff Sessions revealed in March that he had appointed Huber to lead the evaluation into issues involving the FBI, the Clinton Foundation and the sale of Uranium One, but said he did not intend to appoint a special counsel.

“Mr. Huber is conducting his work from outside the Washington D.C. area and in cooperation with the Inspector General,” Sessions said, noting that Huber’s review would “include a full, complete, and objective evaluation of these matters in a manner that is consistent with the law and facts.”

Meadows told The Hill that it’s time for Huber to update Congress, and is also looking to secure testimonies from whistleblowers who could have more information about any wrongdoing.

“We’re just now starting to work with a couple of whistleblowers that would indicate that there is a great probability, a significant improper activity that’s happening in and around the Clinton Foundation,” he said.