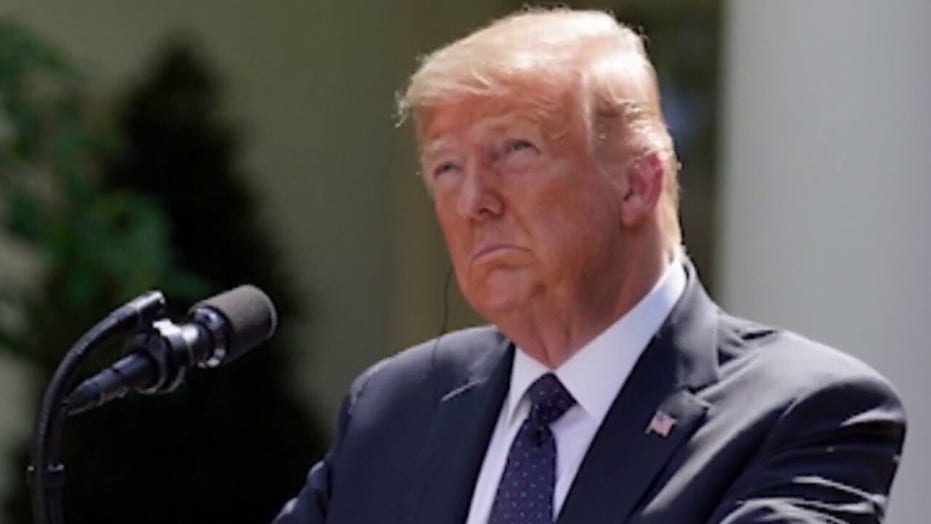 Why wasn't Trump briefed on Russian bounties on US soldiers?

Top Democrats in the House of Representatives visited the White House on Tuesday morning for a briefing on the alleged bounties Russia put on American soldiers in Afghanistan -- and who at the White House knew about the intelligence and when.

"Sunday evening I received a telephone call from" White House Chief of Staff Mark Meadows, who "asked me to put together a group of eight to ten members of the purpose of having a briefing," Engel said at a press conference after the briefing.

He continued to say that the briefing still did not fulfill the "speaker and the minority leader of the Senate's request for a full briefing of our members."

"The right people to give the briefing were ... not in the room," Schiff said.

"Many of us do not understand his affinity for that autocratic ruler who means our nation ill," he added, speaking of Trump's alleged past deference to Russian President Vladimir Putin. Schiff said that is "a problem for our entire nation's security."

In response to questions, Hoyer said "we did not receive any new substantive information" and that he did not get assurances from the White House that there would be a full briefing for all members.

Hoyer on Monday had demanded a briefing for all House members on the matter.

"President Truman used to have a plaque on his desk that said ‘The buck stops here.’ President Trump’s approach seems to be, dangerously, as he has said before, ‘I don’t take responsibility at all,'" Hoyer said in a statement. "Over the weekend, we learned of allegations that our intelligence services assessed in March that Russia has been offering a monetary reward for killing American troops in Afghanistan. Outrageously, it appears that President Trump has taken no action since that time, not even warning the Russian government to stop."

In this image from video, Rep. Steny Hoyer, D-Md., takes his face covering off as he speaks on the floor of the House of Representatives at the U.S. Capitol in Washington, Thursday, April 23, 2020. (House Television via AP)

The majority leader added: "While I will be going to the White House tomorrow for a briefing with several House Democrats, the President and his team ought to brief the full House on this serious situation immediately."

Eight House Republicans were briefed at the White House on Monday, including GOP Conference Chairwoman Rep. Liz Cheney, R-Wyo., who over the weekend demanded answers on the bounty scandal. She released a joint statement with Rep. Mac Thornberry, R-Texas, the ranking member of the House Armed Services Committee.

"After today’s briefing with senior White House officials, we remain concerned about Russian activity in Afghanistan, including reports that they have targeted U.S. forces. It has been clear for some time that Russia does not wish us well in Afghanistan. We believe it is important to vigorously pursue any information related to Russia or any other country targeting our forces," the high-ranking Republicans said. "We anticipate further briefings on the issue in the coming days."

The White House has denied that Trump was briefed on the issue despite reporting to the contrary from outlets like the New York Times, which reported late Monday that the bounty issue was in the written President's Daily Brief earlier this year. It has been widely reported, however, that Trump does not read the detailed brief regularly, and is more often briefed on intelligence issues verbally. 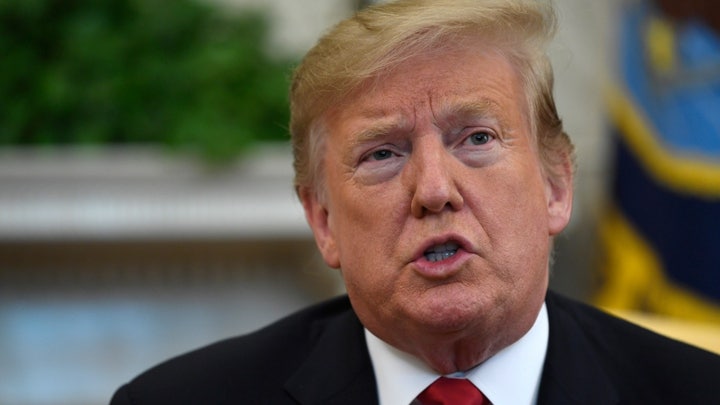 The Associated Press further reported that top White House officials were aware in early 2019 of intelligence suggesting Russia was offering the bounties to the Taliban. This, officials told the AP, was in at least one of Trump's written briefings at the time.

But a senior administration official on Monday told Fox News that the president was not briefed due to a lack of clarity about the bounty allegations.

"POTUS was never briefed on this issue because there is no consensus within the intelligence community on these allegations," the official said.

A senior U.S. official who has been briefed on the matter told Fox News that "several intelligence streams of concern," some contradictory, have led the NSC to discuss options regarding Russian actions in Afghanistan."

And the Department of Defense, through Chief Pentagon Spokesman Jonathan Hoffman, said that "[t]o date, DOD has no corroborating evidence to validate the recent allegations found in open-source reports."

It's not clear whether the denials that the president had been briefed mean the intelligence never appeared in the President's Daily Brief or that the issue was never brought up to the president personally, and seemingly conflicting information going public has muddied the issue of just how sure the government is that Russia has put bounties on American troops in Afghanistan. The White House has also denied that the issue was ever flagged to Vice President Pence.

House Speaker Nancy Pelosi, D-Calif., was not one of the Democrats attending the Tuesday morning briefing at the White House, but on Monday said that she spoke with Director of National Intelligence John Ratcliffe and Central Intelligence Agency Director Gina Haspel about the bounty allegations. Pelosi did not say in a statement what they told her, but said that she called on the intelligence community leaders "to follow up on my formal request for a full House briefing on the intelligence surrounding Russian bounties."

Pelosi added: "Many serious questions remain regarding what the White House is doing to address threats to American and allied troops and to hold Russia accountable."

Smith on Monday also released a statement questioning why Trump wouldn't have known if the intelligence community had indications Russia was placing bounties on the heads of American soldiers.

"Yet, President Trump claims he had no prior knowledge of the bounties that Russia placed on American soldiers. That excuse only gives rise to more questions," he said. "Why didn’t the President receive a briefing on such a highly sensitive subject? Was this information included in the Presidential Daily briefing? If not, why not? Was this information shared with our military leaders?"