Multiple intelligence threat streams indicated Russian intelligence operatives offered bounties to Taliban-linked militants to kill U.S. troops, but while the National Security Council met recently to come up with a number of responses to the report, it did not brief President Trump, Fox News has learned.

According to a senior U.S. official who has been briefed on the matter, members of the NSC recently met at the White House to discuss “a menu of responses” to reports they had received about Russian actions in Afghanistan.

The official said that the information the NSC received was based on “several streams of intelligence of concern” with some of it being contradictory and some open to interpretation.

“When developing intelligence assessments, initial tactical reports often require additional collection and validation. In general, preliminary Force Protection information is shared throughout the national security community—and with U.S. allies—as part of our ongoing efforts to ensure the safety of coalition forces overseas.  Leaks compromise and disrupt the critical interagency work to collect, assess, and ascribe culpability,” CIA Director Gina Haspel said in a statement. “Hostile states’ use of proxies in war zones to inflict damage on U.S. interests and troops is a constant, longstanding concern.  CIA will continue to pursue every lead; analyze the information we collect with critical, objective eyes; and brief reliable intelligence to protect U.S. forces deployed around the world.”

The Kremlin is denying the claims. A Putin spokesman, Dmitry Peskov, told NBC News on Monday that the Russia bounties story is "bulls—t."

Meanwhile, a White House official acknowledged to Fox News on Monday that Trump has now been briefed on the intelligence behind reports of Russian bounties on U.S. troops in Afghanistan. It’s unclear exactly when this briefing took place, but the official says it took place sometime “after the NY Times reported on unverified intelligence.”

This statement is at odds with answers Kayleigh McEnany, White House press secretary gave to members of the White House press corps during Monday’s briefing.  McEnany said - “The president has not been briefed on the matter” – and gave multiple variations of that answer throughout the briefing.  But the White House official said, “Kayleigh meant the President had not been previously briefed on the matter (before the NYT report came out)”

The White House on Monday insisted there is "no consensus" that the intelligence that Russia offered bounties to Taliban-linked militants to kill U.S. troops is accurate, which is why, it said, the issue was never flagged to President Trump or Vice President Mike Pence. 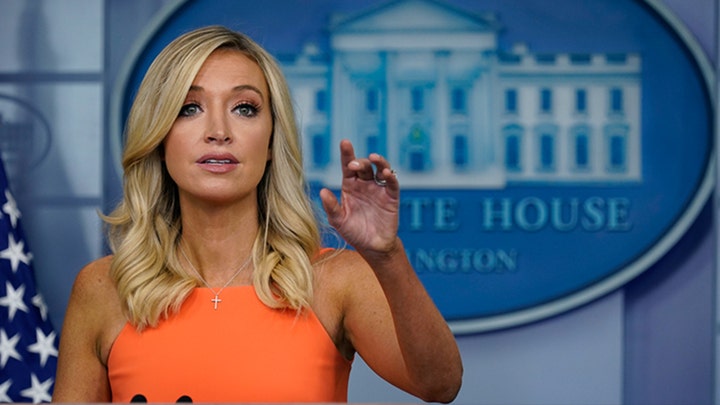 The comments from the administration come after a Sunday night tweet from Trump insisting he had not been informed of the reports because the intelligence community "did not find this info credible" and amid mounting pressure from Congress to get to the bottom of whether Trump knew of the alleged bounties, and if so, why there was no known retribution against Russia.

A separate source within the military told Fox News on Monday that special operations forces this year raided a Taliban outpost and recovered roughly $500,000, with a subsequent interrogation of an Afghan fighter revealing that the money came from Russia.

The source added, however, that the information was unable to be easily verified and the incident was not included in briefings to senior leaders at the Pentagon.

U.S. officials are now concerned because of the leaked story that Russia will try to cover its tracks on this so-called bounty scheme.

Sen. Lindsey Graham, R-S.C., who golfed with Trump on Sunday, tweeted Saturday it's “Imperative Congress get to the bottom of recent media reports that Russian GRU units in Afghanistan have offered to pay the Taliban to kill American soldiers with the goal of pushing America out of the region.” GRU is a Russian military intelligence agency. 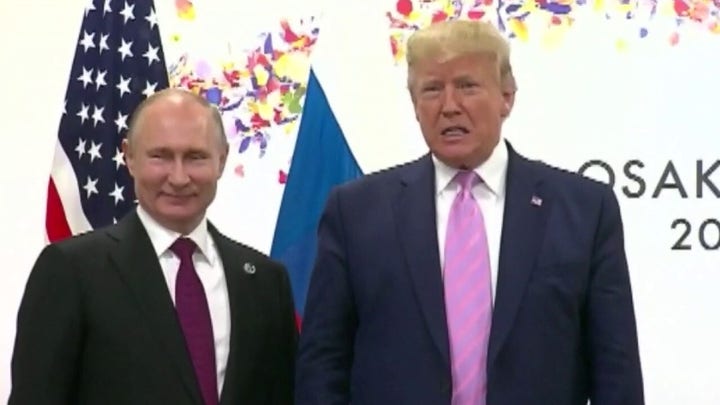 Rep. Liz Cheney of Wyoming, the No. 3 Republican in the House, called for the White House to share more information with Congress, saying, if true, lawmakers need to know “Who did know and when?” and, referring to Russian leader Vladimir Putin, “What has been done in response to protect our forces & hold Putin accountable?”

Democratic presumptive presidential nominee Joe Biden said reports Trump was aware of the Russian bounties would be a “truly shocking revelation” about the commander in chief and his failure to protect U.S. troops in Afghanistan and stand up to Russia.