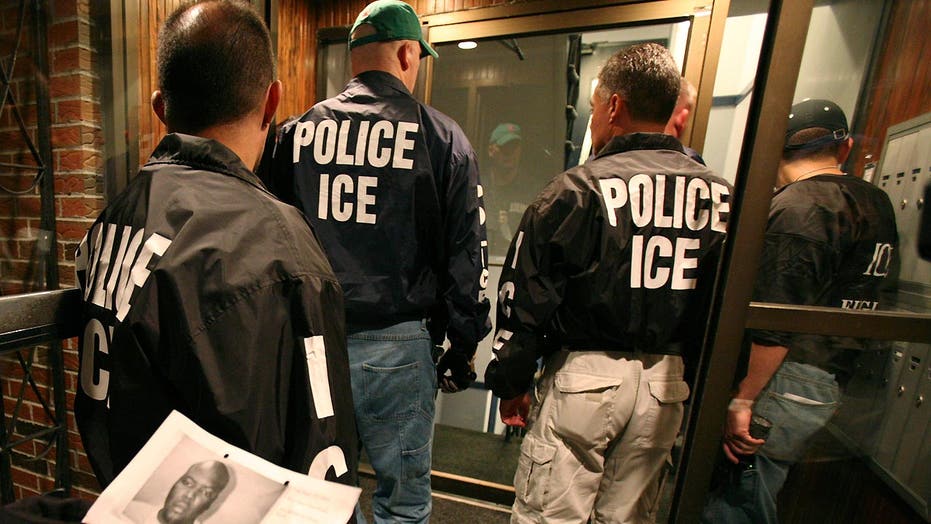 The Department of Homeland Security is planning deportation raids targeting hundreds of families who have entered the United States since the start of last year, according to a published report.

The Washington Post, citing officials familiar with the plan, reported that the raids by U.S. Immigration and Customs Enforcement (ICE) would detain and deport adults and children who have already been ordered removed by an immigration judge. The targeted groups include illegal immigrants who failed to show up for court dates to hear their asylum applications after they were detained by federal agents.

The Post report noted that the raids have not been given final approval by DHS and have been a subject of fierce debate within the Obama administration. The report added that DHS Secretary Jeh Johnson has pushed for the operations after a fresh surge of families crossing the border this past October and November, as well as a federal judge's August decision ordering the administration to begin releasing immigrant families from specially-built detention centers.

An estimated 100,000 familes with adults and children have entered the U.S. since the start of last year, according to the Post, though this migration has been overshadowed by a similar surge of unaccompanied minors.

"If individuals come here illegally, do not qualify for asylum or other relief, and have final orders of removal, they will be sent back consistent with our laws and our values.” DHS spokesman Marsha Catron told the Post.

Those in favor of tighter immigration limits have expressed skepticism that the raids would deport sufficient numbers to discourage any further influx.

"It’s a drop in the bucket compared to the number they’ve admitted into the country," Mark Krikorian of the Center for Immigration Studies told the paper. "If you have photogenic raids on a few dozen illegal families and that’s the end of it, it’s just for show. It’s ... enforcement theater."