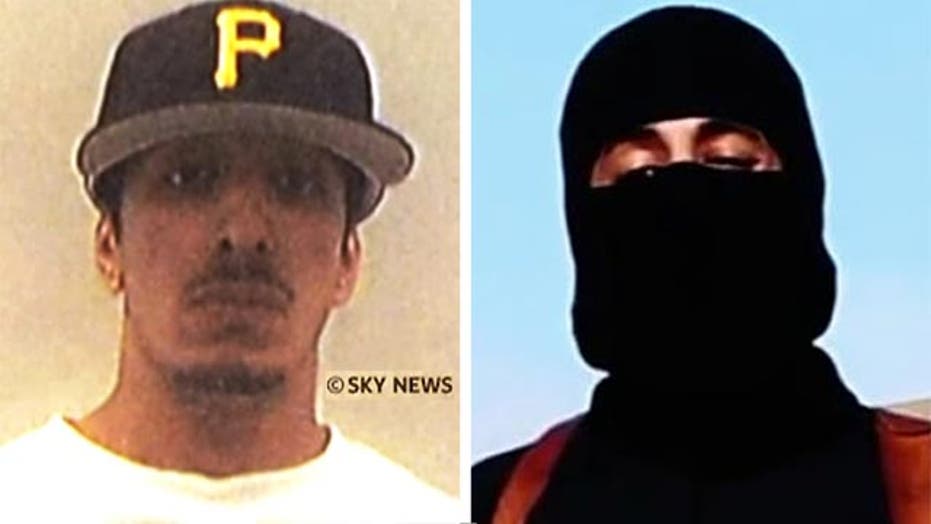 Attorney General Eric Holder says the U.S. government is "working on" ways to capture or kill the man known as "Jihadi John," an Islamic State extremist who has appeared in several hostage-beheading videos.

Reports Thursday revealed the masked "Jihadi John" to be Mohammed Emwazi, a west London man who had been detained by counterterror officials in Britain at least once, in 2010.

"The vow that I can make to the American people, along with our allies, is that we will hold accountable all of the people who have been responsible for these heinous, barbaric acts," Holder told ABC News in an interview. "That is something that we are focused on each and every day."

Holder would not confirm reports identifying Emwazi as the ISIS militant. He insisted that nothing would be "served" by outing him.

But Holder did note that the government has been "thinking about" and "working on" ways to either kill or capture "Jihadi John."

"I think there is something to be said for holding accountable [and] getting at the people who are responsible for these barbaric acts," Holder told ABC News.

The Washington Post first reported Emwazi was the likely ISIS propagandist on Thursday, citing friends and human rights workers familiar with the case. Two U.S. government sources who spoke to Reuters Thursday confirmed that investigators believe the man is Emwazi.

Sky News obtained an exclusive photo of Emwazi -- with a goatee beard and wearing a Pittsburgh Pirates baseball cap -- from when he was a student at the University of Westminster in London.

According to The Washington Post and the BBC, Emwazi was born in Kuwait and studied computer programming at the University of Westminster. The university confirmed that a student of that name graduated in 2009.

"If these allegations are true, we are shocked and sickened by the news," the university said in a statement.

Emwazi is also thought to have traveled to Syria sometime in or around 2012.

The BBC reported that British intelligence had previously identified the man, but had chosen not to disclose his name for operational reasons.

Commander Richard Walton of the London Metropolitan Police's Counter Terrorism Command released a statement saying, "We have previously asked media outlets not to speculate about the details of our investigation on the basis that life is at risk. We are not going to confirm the identity of anyone at this stage or give an update on the progress of this live counter-terrorism investigation."

London-based CAGE, which works with Muslims in conflict with British intelligence services, said Thursday its research director, Asim Qureshi, saw strong similarities between Emwazi and "Jihadi John," but because of the hood worn by the militant, "there was no way he could be 100 percent certain."

The masked and hooded terrorist achieved instant notoriety when he appeared in a video released by ISIS last August that showed the beheading of American journalist James Foley. At the time, many commentators and analysts remarked on the man's distinct London accent.

The man is believed to have appeared in other videos that showed the beheading of other hostages, including American journalist Steven Sotloff, British aid worker David Haines, British taxi driver Alan Henning, and American aid worker Peter Kassig, known as Abdul-Rahman after his apparent conversion to Islam in captivity.

The man's most recent appearance came last month in a video with Japanese hostages Kenji Goto and Haruna Yukawa. Both men also were killed by the terror group.

The terrorist was given the nickname "Jihadi John" after interviews with former ISIS hostages revealed him to be part of a group of British jihadists who guarded the hostages and were dubbed "The Beatles."

The BBC reported that Emwazi is believed to be an associate of a known terror suspect who traveled to Somalia in 2006, and is allegedly linked to a funding network for the Somali-based militant group Al Shabaab.

CAGE said it has been in contact with Emwazi for more than two years after he accused British intelligence services of harassing him. It said that in 2010 he alleged British spies were preventing him from traveling to the country of his birth, Kuwait, where he planned to marry.

Shiraz Maher of the King's College radicalization center said he was investigating whether Emwazi was among a group of young West Londoners who traveled to Syria in about 2012. Many of them are now dead, including Mohammad el-Araj, Ibrahim al-Mazwagi and Choukri Ellekhlifi, all killed in 2013.

He said Emwazi's background was similar to that of other British jihadis, and disproved the idea "that these guys are all impoverished, that they're coming from deprived backgrounds."

"They are by and large upwardly mobile people, well educated," he said.