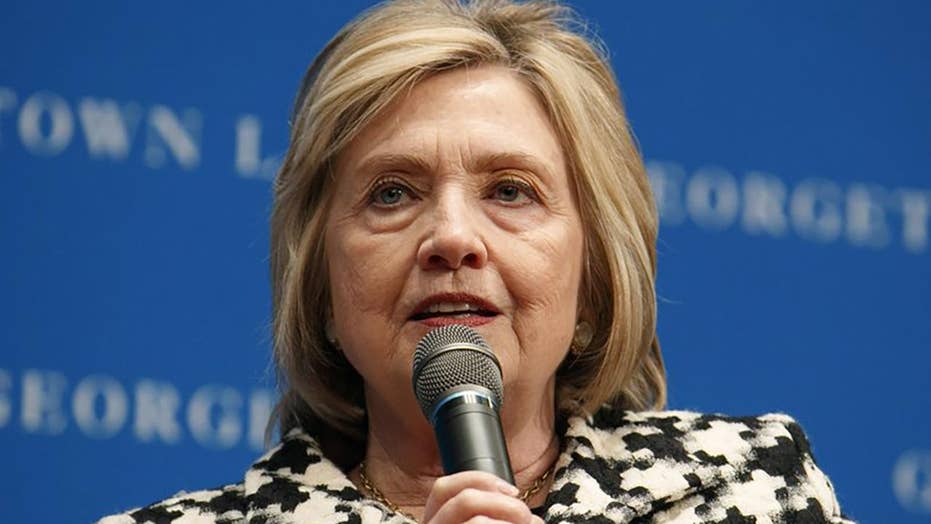 Former secretary of state, senator and first lady Hillary Clinton has a new title to add to her resume, even if it's not "president": Chancellor of Queen's University Belfast in Northern Ireland.

Clinton was announced Thursday as the school's 11th chancellor -- the first woman to hold the position -- following the death of the previous office holder, Tom Moran.

"Secretary Clinton has made a considerable contribution to Northern Ireland and as an internationally recognized leader will be an incredible advocate for Queen's and an inspirational role model for the Queen's community," Stephen Prenter, chairman of the school's senate, said in a statement posted on the school's website.

Clinton, who received an honorary degree from the university in October 2018, said it was "a great privilege" to take on the position, which she will have for a five-year term.

"The University is making waves internationally for its research and impact and I am proud to be an ambassador and help grow its reputation for excellence," she said.

Chancellor Clinton's role will be largely ceremonial. According to the university's website, the position serves three main functions: presiding over degree ceremonies, acting as an ambassador for the university in an effort to "open doors," and advising Vice Chancellor Professor Ian Greer and other senior staff.

The announcement comes not long after Clinton had played coy about possibly running for president again in 2020. In a November BBC interview, she stated that while she was not planning on having a rematch against President Trump, she refused to rule it out, saying, "never, never, never say never."

Clinton is not the first former U.S. politician to serve as the university's chancellor. Former Senate Majority Leader George Mitchell, D-Maine, had the job from 1999 until 2009, when he was named special envoy to the Middle East by then-President Barack Obama.