UNITED NATIONS – The United Nations General Assembly failed on Thursday to adopt a U.S. resolution that condemned terrorist acts by Hamas and other Palestinian militant groups -- a blow for the U.S. push to curb anti-Israel bias at the body.

The U.S. resolution would have condemned Hamas for “repeatedly firing rockets into Israel and for inciting violence, thereby putting civilians at risk.” It would also have demanded that Hamas “and other militant actors, including Palestinian Islamic Jihad,” cease all provocative and violent actions; and condemn Hamas efforts to construct tunnels to infiltrate Israel and launch rockets into civilian areas.

But after a procedural move by Kuwait and Bolivia, the body adopted a rule that meant the U.S. resolution needed a two-thirds majority to be adopted. The resolution picked up a plurality of 87 votes in support and 57 against -- with 33 abstentions. But it was not enough to meet the two-thirds threshold.

Ahead of the vote, U.S. Ambassador Nikki Haley accused those who pushed for the two-thirds threshold of "double standards" and of trying to torpedo the resolution. In a speech to the chamber, she noted that, despite the many resolutions condemning and criticizing Israel, the U.N. has never passed a resolution condemning Hamas.

"That, more than anything else, is a condemnation of the United Nations itself," she said.

"There is nothing more anti-Semitic than saying we cannot condemn terrorism against Israel, while we would not hesitate for a minute to condemn the same acts if they were taken against any other country," she went on to say, noting the thousands of rockets from Hamas fired at civilian areas in Israel.

After accusing Hamas of turning Gaza, which it has controlled since 2007, into a "police state" and using torture and arbitrary arrests against political opponents, she asked Arab countries about their support for the group. 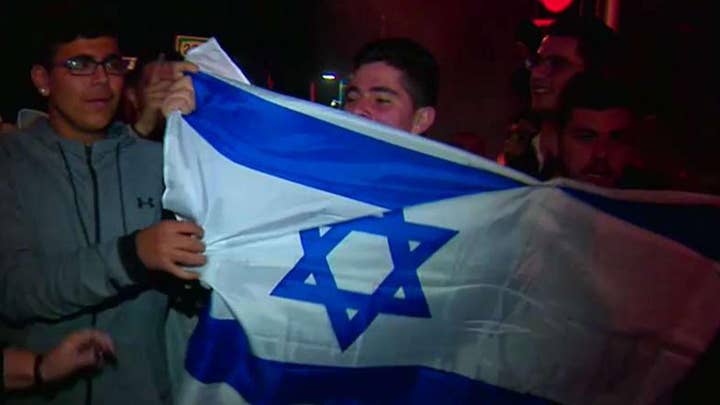 U.S. officials had been hopeful that the resolution would pass, but the adoption of the two-thirds threshold proved critical. In speeches, Iran said the resolution was based on "deception" and ignored the "illegal occupation" by Israel. The ambassador for Saudi Arabia was fierce in his criticism of Israel.

"Israel is in contravention of all Security Council and General Assembly resolutions," its representative said. "Israel has no respect for this organization of which it is a member."

The failure to adopt the resolution is likely only to fuel further concerns that the body is uniquely anti-Israel as it struggles to condemn a terrorist group by name, while regularly passing resolutions that criticize Israel. The U.S. has made the argument that the U.N. is biased against Israel for years, but has intensified that argument during the Trump administration.

Anne Bayefsky, director of the Touro Institute on Human Rights and the Holocaust and President of Human Rights Voices, told Fox News that the Trump administration had given the U.N. a "clear choice" as to whether to condemn Hamas.

"In failing to do so, the plain fact is that the UN General Assembly refused to condemn an organization committed to the genocidal elimination of the Jewish state and the Jewish people," she said. "The reality cannot be avoided any longer: the UN is the headquarters of modern antisemitism and the people of the United States should rescind their support accordingly." 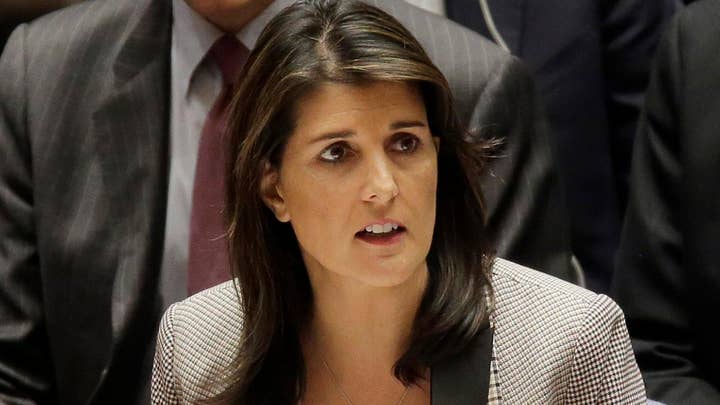 Israeli Ambassador Danny Danon put a positive note on the result, arguing that the resolution would have been adopted “had it not been hijacked by a political move of procedure.” He also blasted those who voted against the measure.

Had it passed, the resolution would have marked a major achievement for Haley, who departs from her role as U.N. ambassador in January and has made calling out anti-Israel bias one of the central goals of her time at the U.N. President Trump has yet to name a successor for Haley.

Haley was the central player in rallying support for the measure, with a U.S. official saying that the U.S. Mission had coordinated closely with the National Security Council, the White House and the State Department.

Haley wrote to ambassadors this week urging them to vote for the resolution, noting that every year the General Assembly adopts more than a dozen resolutions on the Israeli-Palestinian issue, but “not one of these resolutions ever mentions Hamas or other militant groups in Gaza.” 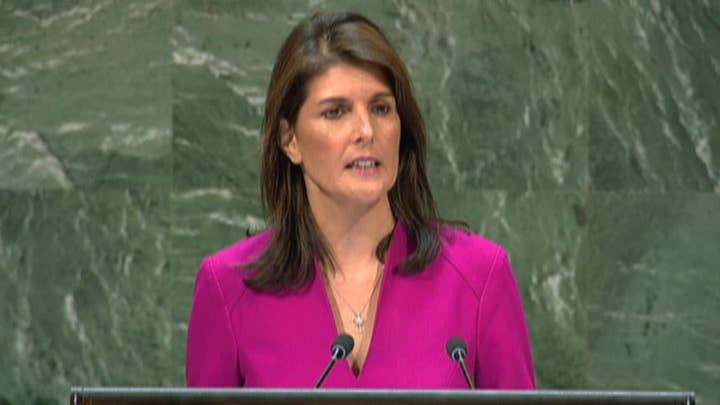 In the letter, seen by Fox News, she warned of potential attempts to disrupt the resolution with amendments by other countries, and urges members to vote against any amendments “or other efforts to undermine adoption of the text.”

The U.S. has been aggressive in its push to change the status quo at the U.N. It has yanked its $360 million-a-year funding to the U.N. Palestinian refugee agency (UNRWA), has defended its decision to declare Jerusalem to be the capital of Israel and also has pulled out of the U.N. Human Rights Council -- in part due to the anti-Israel bias the U.S. says is present at the body.

In turn, pro-Palestinian countries have amped up their push to promote the Palestinian cause. The G77 -- a bloc of 134 developing countries such as Saudi Arabia, Iran, Cuba, China and Venezuela -- have elevated “Palestine” to its leadership, raising the possibility that Palestinians may soon push to be recognized as an independent member state, something that would almost certainly be vetoed by the U.S.

Last month, the General Assembly -- as part of a raft of anti-Israel resolutions -- condemned the alleged “occupation” of the Golan Heights. The U.S. voted against the move, a change from its decision to abstain in 2017.