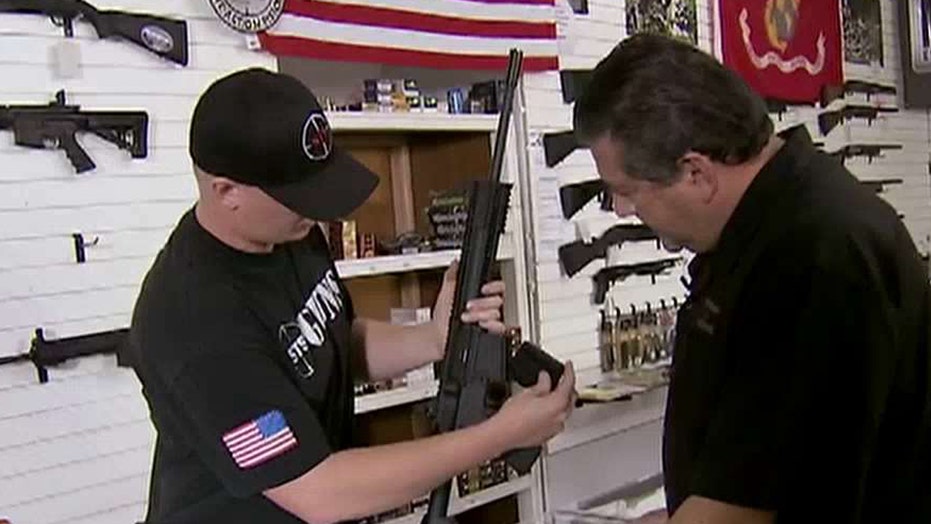 Plaintiffs say the case, Flanagan v. Harris, is a “direct response” to a recent ruling by the Ninth Circuit Court of Appeals that preserved a California county sheriff’s restrictive policies on carrying a concealed weapon.

Considering the state’s additional restrictions on carrying a gun openly in public, plaintiffs argued in their new lawsuit that they have been “completely barred from exercising their right to bear arms—in any manner.”

The suit contends, “the Supreme Court has made clear that the right to bear arms cannot be completely foreclosed.”

The plaintiffs include gun owner and resident Michelle Flanagan as well as the California Rifle & Pistol Association.

In the earlier case challenging local concealed-carry restrictions, a three-judge panel of the Ninth Circuit -- based in San Francisco and the largest of all federal appeals courts – initially agreed with the plaintiffs, saying in 2014 that the policies were unconstitutional.

However, the panel then asked the case be re-heard by an 11-judge bench, which essentially found that denying a concealed-carry license does not violate Second Amendment rights because there is no constitutional right to carry a concealed weapon.

Lawyers in the new case argue the plaintiffs in the original case never made the concealed-carry claim, and the court’s decision shows a “constrained view of the right to bear arms.”

More broadly, they say the new case seeks to affirm what the Supreme Court instructed in the landmark gun-rights case District of Columbia v. Heller  -- that the Second Amendment guarantees the individual right of a responsible, law-abiding citizens to keep and bear arms.

The Attorney General’s Office on Wednesday referred questions about the case to Harris’ statement after the Ninth Circuit’s full bench ruling in early June.

"The devastating impact gun violence has on our communities underscores the need for common sense gun safety laws,” the attorney general said regarding that decision. “The court's decision is a victory for public safety and sensible gun safety laws. The ruling ensures that local law enforcement leaders have the tools they need to protect public safety by determining who can carry loaded, concealed weapons in our communities."