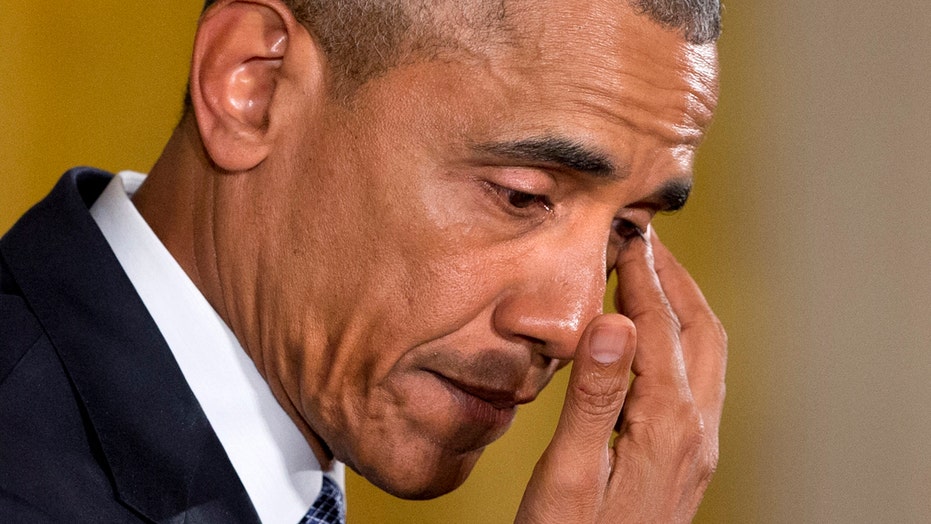 President Obama’s ongoing push for gun control is backfiring, according to critics, who cite new federal data that shows Americans are more interested than ever in getting their hands on firearms.

A record 23,141,970 background checks were conducted on prospective gun buyers in 2015, according to year-end FBI data, up 15 percent from the previous year and nearly double the figure from 2008, the year before Obama took office.  Second Amendment advocates say interest in guns spikes whenever Obama publicly decries gun violence or calls for new measures to restrict firearms.

“People are voting on this issue with their dollars by buying more guns and ammunition,” Alan Gottlieb, founder of the Second Amendment Foundation, told FoxNews.com.

“If what he’s trying to do is to stop people from buying guns, it doesn’t seem to be working so well.”

Background checks -- conducted whenever someone attempts to buy a gun from a licensed dealer or applies for a concealed carry permit – do not indicate the total number of gun sales, since some would-be buyers are denied and others purchase multiple guns. But the number of checks carried out in 2015, an all-time high since tracking began in 1998, undeniably correlates to interest.

Gun ownership was rising well before President Obama took office, according to a 2012 Congressional Research Service report. That study found that civilians owned 242 million guns in 1996; 259 million in 2000; and 310 million 2009. More recent official statistics are unavailable, but The Washington Post used manufacturing data and information from the Bureau of Alcohol, Tobacco and Firearms to estimate the number of guns in America stood at 357 million in 2013.

There seems little doubt that gun ownership has risen dramatically under Obama, who supporters and critics alike believe may be the most outspoken proponent of gun control ever to occupy the White House.

“When he talks about guns, gun sales go up,” said National Rifle Association spokeswoman Amy Hunter. “If what he’s trying to do is to stop people from buying guns, it doesn’t seem to be working so well.”

- The 3,314,594 background checks conducted by the FBI in December 2015 were the highest monthly total on record, easily topping the previous all-time high of 2,783,765 in December 2012, the month of the Sandy Hook school massacre in Newtown, Conn.

The number of background checks could simply mean that some Americans are stockpiling guns, according to Ladd Everitt, spokesman for the Coalition to Stop Gun Violence.

“The average gun-owning household now owns 8.1 guns, as opposed to 4.2 guns in 1994,” Everitt told FoxNews.com in an email, citing surveys and ATF data reviewed by The Washington Post that looked at gun ownership levels between 1994 and 2013.

Obama, through executive actions, announced plans in early January to expand background checks to almost anyone buying a firearm, covering purchases online, at gun shows and in other venues.

“I’ll keep pushing for progress on the work that still needs doing, [including] protecting our kids from gun violence,” he vowed in his State of the Union address earlier this month.

“This is about stopping gun violence by keeping guns out of the hands of dangerous people, people we ALL agree shouldn’t have them — convicted felons, domestic abusers and the dangerously mentally ill,” Brady Campaign President Dan Gross told FoxNews.com.

But the actions have been met with resistance from Republicans – and vendors and attendees at gun shows this past weekend didn’t seem fazed.

Organizers of the Prospectors Sertoma Gun Show in Colorado Springs, Colo., reported an increase in attendance at Saturday’s show.

“In my three years, [it was] one of the busiest shows we’ve ever had here, and the gun sales were out of sight,” volunteer Deonne School told Fox 21.