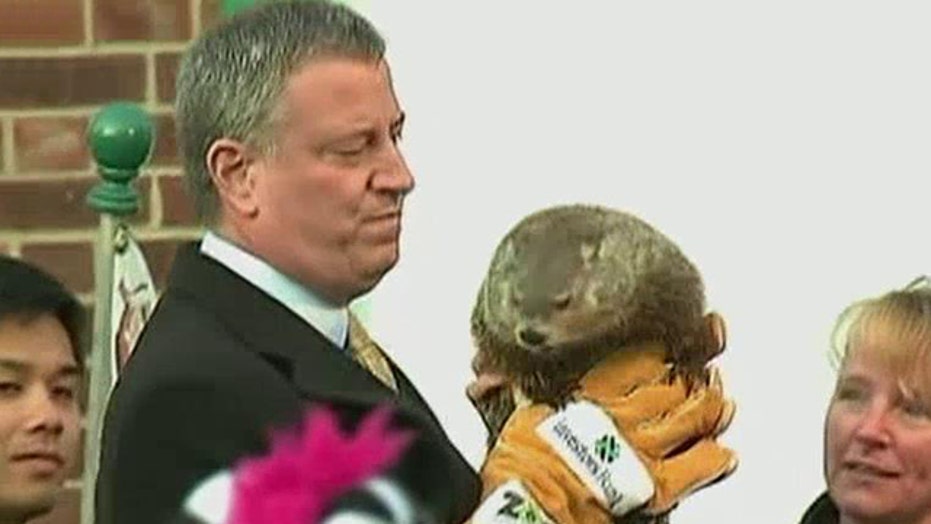 Allegations of a cover-up when animal passed from internal injuries

Mayor de Blasio has groundhog blood on his hands!

A week after Hizzoner dropped Staten Island Chuck in front of a crowd of spectators on Feb. 2, the winter-weather prognosticator died of internal injuries — and then the coverup began, The Post has learned.

Staten Island Zoo officials went to great lengths to hide the death from the public and keep secret the fact that “Chuck” was actually “Charlotte,” a female imposter, sources said Wednesday.

The stand-in was found dead in her enclosure at the Staten Island Zoo on Feb. 9 — and a necropsy determined she died from “acute internal injuries,” sources said.

She had fallen nearly 6-feet when the mayor lost his grip during the Groundhog Day photo-op. Sources said her injuries were consistent with a fall.

Instead of revealing the sad loss, the zoo — which gets nearly half of its $3.5 million in annual funding from the city — told the staff to keep the mayor’s office in the dark about the animal’s fate.