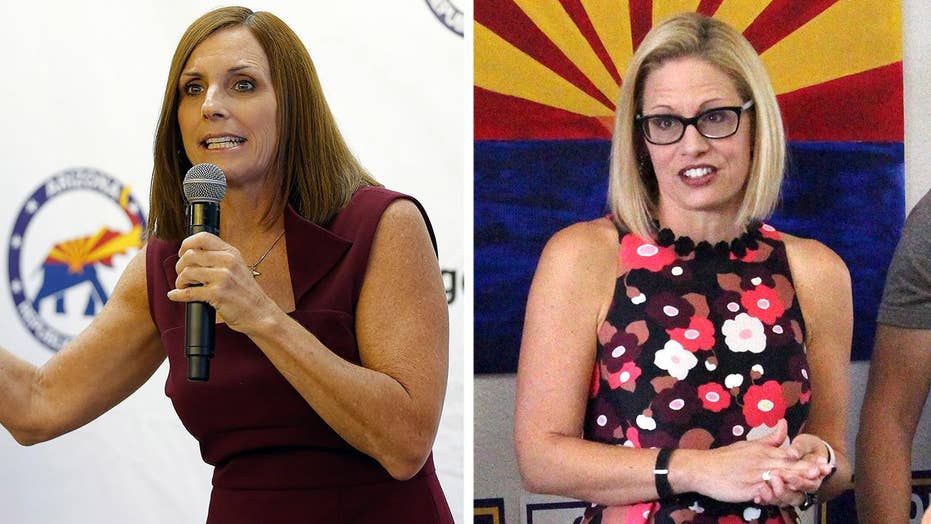 An Arizona Green Party candidate who endorsed Democratic Rep. Kyrsten Sinema for U.S. Senate has offered her a tepid backing, saying neither major party candidate can represent her or her voters.

“I want the people of Arizona to be heard. I’m sick of the red and blue, honestly” Angela Green told Fox News in a phone interview on Friday.

“If I thought that either one of them represented me, I wouldn’t have run in the first place,” she said, in reference to Sinema and Republican Martha McSally “But everything works the way it works.”

"If I thought that either one of them represented me, I wouldn’t have run in the first place."

The Green Party candidate, who said she had raised only around $1,000 for her campaign, gave an apparent boost on Thursday to Sinema when she dropped out of the race and endorsed the Democrat, who she said holds similar views to her.

She consistently polled at around 6 percent of the vote – enough to block Sinema’s path to her victory.

But Green doesn’t believe she was a so-called spoiler in this election. “I was doing it for the people of Arizona. They really need something new and different,” she said.

“I don’t think people really understand it, because I wasn’t trying to do this to be a ‘spoiler’ or anything, I was doing it because I truly believe that we need something new in this country.”

On her campaign website, she previously lashed out against those calling for her to drop out, supposedly from Democrats accused her of hurting Sinema.

“I ran for the US Senate for 2 reasons, 1) the seat was open and 2) I want to be the candidate I want representing me. To be quite frank, neither major party candidate does that,” she wrote. 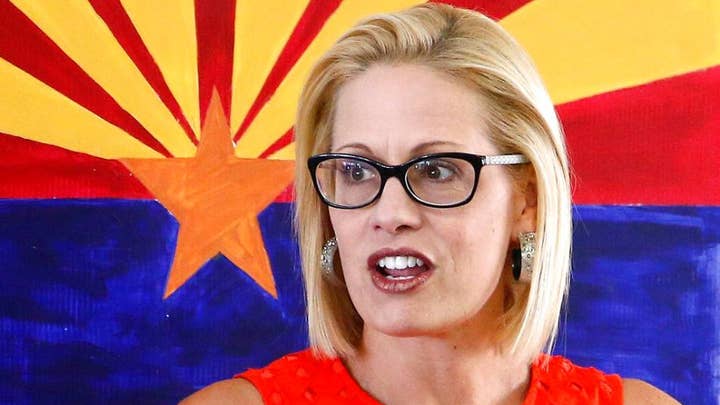 Her page also linked to a letter in a local South Carolina newspaper criticizing Democrats – “the party of hate” – for calling to harass President Trump and anyone associated with him, in an apparent reference to California Democrat Maxine Waters. The letter says the divisiveness will guarantee Democrats, who didn’t vote for Trump, will vote for the president in 2020.

Green also pushed back that her voters will flock to other major candidates. “If you think me withdrawing is going to put your party candidate over the top, I truly must beg to differ,” she wrote.

“My voters, more than likely, would not have voted for either major party candidate or would not have even voted at all.  And I can say that with the utmost confidence.”

"My voters, more than likely, would not have voted for either major party candidate or would not have even voted at all.  And I can say that with the utmost confidence."

Both McSally and Sinema, who are currently tied according to the latest Fox News poll, have run campaigns as moderates.

But Sinema has come under fire after her radical past resurfaced during the election. She promoted events with a lawyer convicted for aiding an Islamist terror organization and its leader. In a 2003 radio interview, Sinema said “I don’t care” if people go to fight for the Taliban in Afghanistan.

It remains unclear how Green’s withdrawal and endorsement will impact the race as it came just days before the election. The majority of the votes were already cast by mail-in ballot and the Green Party candidate’s name will also appear on the ballot on the Election Day.