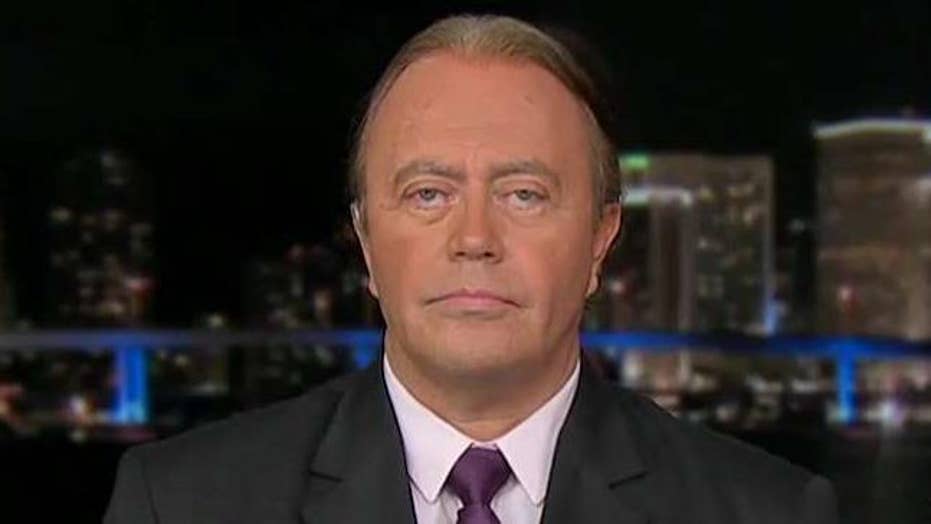 The ex-boyfriend of Julie Swetnick, the third woman to make uncorroborated, lurid allegations of sexual misconduct against Supreme Court nominee Brett Kavanaugh, told Fox News exclusively on Monday that she had threatened to kill his unborn child and at times even bizarrely asked him to hit her.

"Right after I broke up with her, she basically called me many times and at one point she basically said, 'You will never, ever see your unborn child alive,'" Richard Vinneccy said on "The Ingraham Angle."

According to Vinneccy, Swetnick told him at the time, 'I'm just going to go over there and kill you guys.'"

Swetnick is represented by anti-Trump lawyer Michael Avenatti. He did not immediately respond to Fox News' request for comment on Vinneccy's allegation, but in an interview on CNN Monday night, he cast doubt on Vinneccy's credibility and characterized him as an estranged ex-boyfriend.

Vinneccy, who said he dated Swetnick off-and-on for seven years, maintained that Swetnick never once mentioned to him her extraordinary claims, apparently made for the first time last month, that Kavanaugh had engaged in systemic gang rapes decades ago. He said the relationship spanned from 1994 to 2001.

He added that while he was not aware of Swetnick's political tendencies, "She always wanted to be the center of attention. . .. She was exaggerating everything. Everything that came out of her mouth was just exaggerations."

"She basically said, 'You will never, ever see your unborn child alive.'"

Vinneccy charged that "most of my friends did not like her" and that she would often become belligerent -- even at times asking him to "hit" her, for reasons that Vinneccy said were unclear.

"This has nothing to do with political issues," Vinneccy continued, calling his decision to come forward his "civic duty."

"I knew that I had to see her again. ... I didn't want to provoke her," he said. "I knew the type of person Julie is, and I was afraid. So we decided to just leave it alone. At the time, the only thing I was concerned [about] was my family. So we decided to change our numbers, and move. And after that, we never heard from her again." 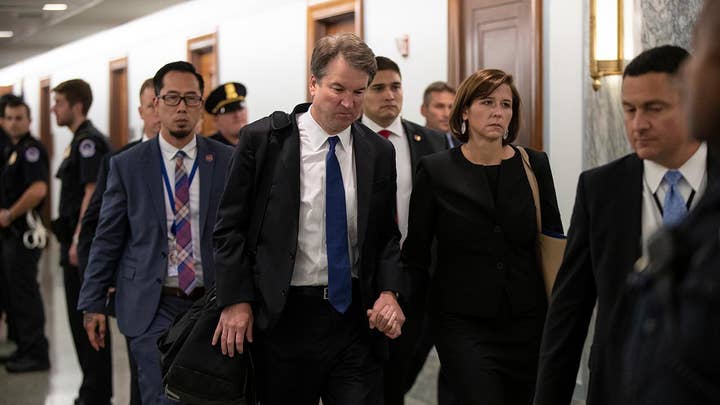 Swetnick was sued in 2000 by her former employer, Portland-based Webtrends, for allegedly falsifying her educational background and concocting false sexual harassment allegations. The suit, which Avenatti has called "bogus," was voluntarily dismissed by Webtrends shortly afterwards.

In 2001, after her employment at Webtrends ended, Vinneccy filed for the restraining order against her in Florida, claiming that Swetnick threatened him and his family after he ended their relationship. “She was threatening my family, threatening my wife and threatening to do harm to my baby at that time,” Vinneccy told Politico last week. "I know a lot about her. She’s not credible at all,” he said. “Not at all.”

According to The Washington Post, in 2015, the state of Maryland filed a lien against Swetnick's property, citing more than $30,000 in unpaid taxes dating back to 2008. Court records obtained by The Post showed that the total amount owed, nearly $63,000, was resolved in December 2016, although the paper reported it was unclear exactly how. And, in 2017, the federal government filed a lien on Swetnick's property, citing a $40,000 unpaid tax bill from 2014, according to The Post. That lien reportedly was released in March 2018, and the debt was similarly satisfied.

Swetnick has told NBC News that she saw Kavanaugh "paw on girls" and "[touch] them in private parts" at parties as a high school student, but stopped short of claiming that he drugged or sexually assaulted her or other women. MSNBC aired an interview with Swetnick on "The Beat with Ari Melber" Monday evening, with reporter Kate Snow noting that NBC News "has not been able to independently verify [Swetnick's] claims."

Swetnick said she was inspired to come forward after Christine Blasey Ford claimed she was sexually assaulted by Kavanaugh during a party that Ford and Kavanaugh purportedly attended as high school students in the early 1980s. (Ford's account has not been backed up by any of the witnesses she said were at the party, including her lifelong best friend, and she has repeatedly changed key details in her story, including how many people were at the party and when the episode occurred. Notably, Ford also testified she could not recall how she got home from the party, which she said took place far from her residence at the time.).

"I started to think back to ... the early '80s in Montgomery County in Maryland and I thought that I might have some information that might corroborate some of the things that she had stated," Swetnick said. 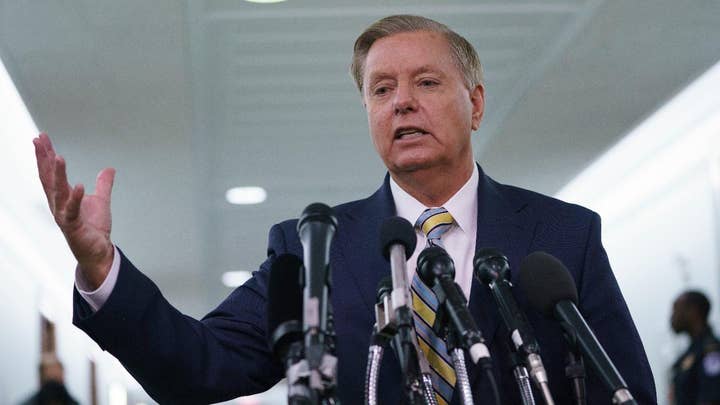 She added that she met Kavanaugh when she was in community college and attending house parties that would draw "everybody between an age range of 15, 16 to 25, maybe even more." Swetnick said she remembered "specifically being introduced to him" and described him as "very aggressive."

"Very sloppy drunk, very mean drunk," she said of the future federal judge. "I saw him try to shift clothing ... I saw him push girls against walls. He would pretend to stumble and stumble into them and knock them into a wall. He'd push his body against theirs. He would grope them."

However, Swetnick could not say whether she ever saw Kavanaugh or his friend Mark Judge spike the punch at those parties with drugs -- seemingly contradicting her prior sworn statement to the Judiciary Committee, in which she definitively said that she "became aware" of efforts by Kavanaugh and Judge to do so in the early 1980s.

"Well, I saw him giving red Solo cups to quite a few girls during that time frame and there was green punch at those parties," Swetnick said. "And I would not take one of those glasses from Brett Kavanaugh. I saw him around the punch, I won't say bowls, or the punch containers ... I don't know what he did, but I saw him by them."

Swetnick said that Kavanaugh and Judge attended a party where she was drugged and sexually assaulted at the age of 19, but added: "I cannot specifically say that he was one of the ones who assaulted me. But before this happened to me at that party, I saw Brett Kavanaugh there. I saw Mark Judge there and they were hanging about the area where I started to feel disoriented and where the room was and where the other boys were hanging out and laughing. I could hear them laughing and laughing."

Swetnick claimed she reported her assault to the Montgomery County Police Department, but officials there told NBC News that it could take up to a month to recover documents related to any report she may have made.

Swetnick also gave NBC News the names of four friends she said could corroborate her story. Snow said two of those people had not responded to requests for comment, a third was deceased and a fourth said he could not recall knowing Swetnick. Kavanaugh has called Swetnick's accusations a "joke," while Judge has said he "categorically" denies her claims.

President Trump has ordered that the FBI conduct a supplemental background check of Kavanaugh ahead of a planned Senate vote on his confirmation this week. Swetnick's allegations are reportedly not considered credible by the White House, and her account has not been corroborated.