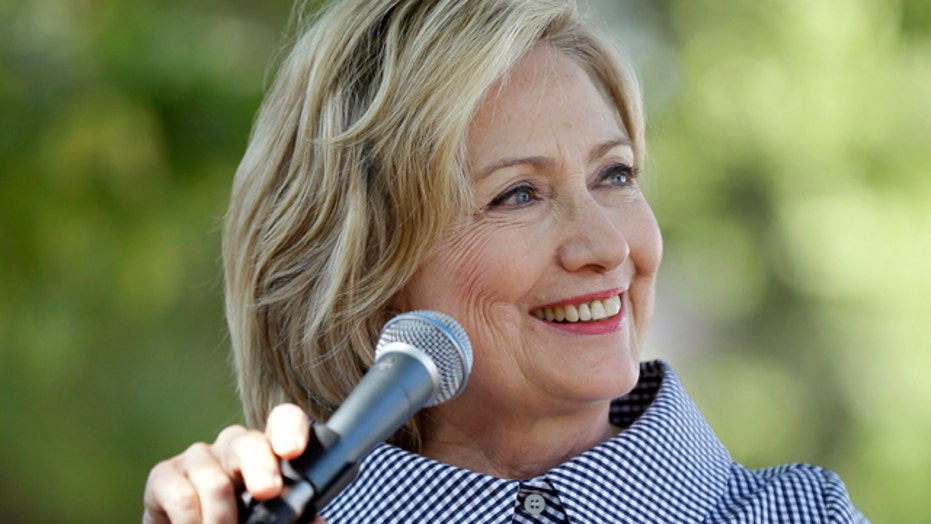 A top Republican senator is questioning whether Hillary Clinton's personal attorney had the security clearance to keep thumb drives containing thousands of her emails, after it was revealed some of her messages contained highly sensitive -- even "top secret" -- information.

"The transmission of classified material to an individual unauthorized to possess it is a serious national security risk," Senate Judiciary Committee Chairman Chuck Grassley, R-Iowa, wrote in a letter to Clinton lawyer David Kendall.

The FBI recently took possession of not only Clinton's personal server but three thumb drives kept by Kendall. The State Department previously has said that Clinton's attorney was approved to handle the documents -- telling Politico, before the files were turned over, that her counsel had "clearance." Further, the Clinton campaign said at the time "the thumb drive is secure."

Grassley for weeks has questioned whether that information was in fact being properly stored, asking FBI Director James Comey in late July what steps were being taken to secure the materials and whether Kendall had the "requisite security clearance."

But he upped the pressure in his letter to Kendall. He said recent revelations -- namely, inspector general findings that at least two emails on the server were classified at the "top secret" level -- and the FBI's takeover of the devices suggest Kendall was not authorized to have them.

"In light of that particular classification, which generally requires advanced protocols ... to possess and view, it appears the FBI has determined that your clearance is not sufficient to allow you to maintain custody of the emails," Grassley told Kendall in the letter, asking him a string of questions about his clearance levels.

Fox News is told the thumb drives are not a complete back-up copy of the server's contents but, rather, a copy of the emails Clinton did not purge.

The Clinton campaign has maintained she never exchanged emails marked as classified at the time, though the emails flagged by the IG were said to be classified from the start. The State Department has so far found dozens of classified emails in the Clinton trove, and recently referred more than 300 messages to various agencies for review to see whether they, too, have classified contents.

Grassley raised several concerns in his letter, including that Kendall reportedly did not get a safe from the State Department to store the thumb drives until July of this year.

For a period of months, Grassley wrote, "it appears that in addition to not having an adequate security clearance, you did not have the appropriate tools in place to secure the thumb drives. Even with the safe, there are questions as to whether it was an adequate mechanism to secure" the material.

He added, "it is imperative to confirm when, how, and why you, and any of your associates, received a security clearance in connection with your representation of Ms. Clinton and whether it was active while you had custody of Secretary Clinton's emails ... Moreover, if a person unauthorized to maintain custody of the classified materials does in fact maintain custody, it raises legitimate questions as to whether the information was properly secured from foreign governments and other entities."

An intelligence source told Fox News that the FBI has begun its review of the Clinton server and also "looked inside" the three thumb drives from Kendall.

As for Grassley's request to Kendall, the source said there apparently was a gap in the security clearance, saying it "stopped and started."

Kendall could not be reached for comment on the Grassley letter.