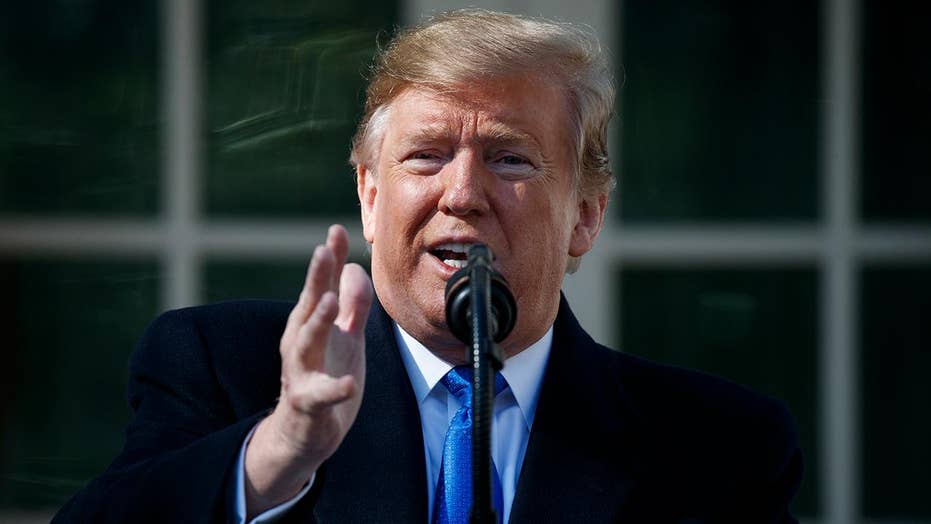 White House: Trump is prepared to veto any action by congress to end the state of emergency

Sen. Lindsey Graham, R-S.C., reiterated his support for President Trump's national emergency declaration at the southern border Sunday, telling CBS News' "Face The Nation" that students in Kentucky would be better off if funds that might have gone toward the construction of a new middle school would go toward building a wall along the frontier.

White House officials said Friday that they plan to spend $8 billion on the wall — the nearly $1.4 billion Congress approved for new fences and barriers, plus more than $6 billion drawn from other funds. "Face The Nation" moderator Margaret Brennan suggested to Graham that $3.6 billion of that $6 billion could come from military construction, including "construction of a middle school in Kentucky, housing for military families, improvements for bases like Camp Pendleton [in California] and Hanscom Air Force Base [in Massachusetts]."

"Well, the president will have to make a decision where to get the money," Graham responded. "Let's just say for a moment that he took some money out of the military construction budget.

"I would say it's better for the middle-school kids in Kentucky to have a secure border," the senator added. "We'll get them the school they need. But right now we've got a national emergency on our hands. Opioid addiction is going through the roof in this country. Thousands of Americans died last year or dying this year because we can't control the flow of drugs into this country and all of it's coming across the border."

Graham also declined to say whether Congress should restrict the definition of a national emergency in order to act as more of a check on the executive branch.

"I think that every member of Congress has watched three presidents send troops to the border," he said, "Bush, Obama, now Trump. Not one of us have complained about deploying forces to the border to secure the border. It's pretty hard for me to understand the legal difference between sending troops and having them build a barrier."

"Unfortunately, when it comes to Trump, the Congress is locked down and will not give him what we've given past presidents," Graham added.  So, unfortunately, he's got to do it on his own and I support his decision to go that route."