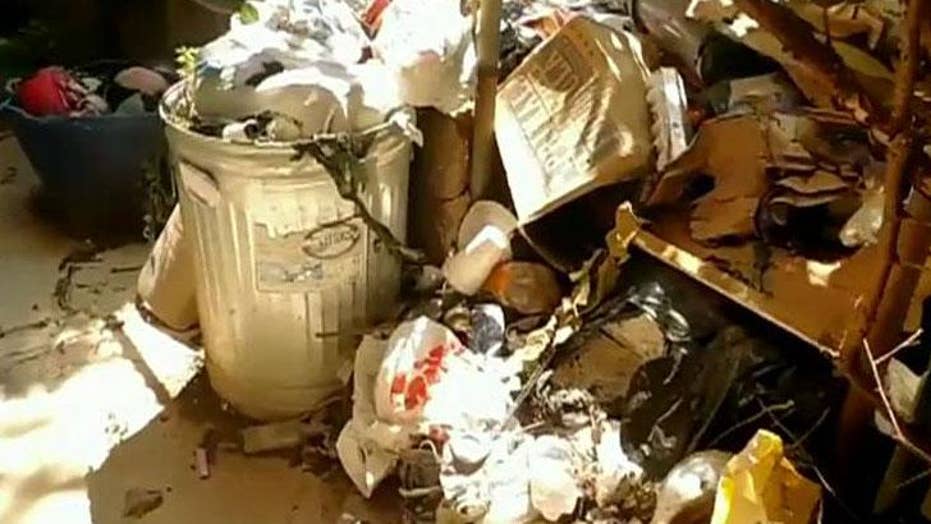 How do living conditions in Rep. Cummings' Baltimore district compare to those at the border?

Republican strategist Kimberly Klacik says the conditions in Rep. Elijah Cummings own district are worse than those at the border.

GOP strategist Kimberly Klacik on Saturday accused Rep. Elijah Cummings, D-Md., of hypocrisy over his apparent concern for conditions at the U.S.-Mexico border over those of his own district.

Appearing on "Fox & Friends" Saturday morning, Klacik discussed her recent visit to Cummings’ district, which she described as “the most dangerous district in America.”

“So, I went into the district to basically ask people if they were scared of Trump,” Klacik said, referring to Cummings’ comments last week on a talk show that his constituents were fearful of the president.

“And as I go in and I start talking to people, I realized just what the living conditions are, for not just for the residents but even the children there and what they’ve been playing around,” Klacik said. “There’s abandoned rowhomes filled with trash, homeless addicts, empty needles that they have used, and it’s really right next door. So, it’s attracting rodents, cockroaches, you name it."

Earlier this month, Cummings confronted acting Homeland Security chief Kevin McAleenan after he claimed the department was doing its “level best” to address the humanitarian crisis at the border.

"What does that mean? What does that mean when a child is sitting in their own feces, can't take a shower? Come on man,” Cummings yelled. “What's that about? None of us would have our children in that position. They are human beings."

Klacik called Cummings' concern for the border situation “laughable,” noting that “a lot of people said he hasn’t even been [to his own district] in a while.”

“I didn’t find anyone that said they were afraid of Trump,” Klacik said. “But I did find out that there are many people that are actually on board with Trump’s immigration policies. So, I don’t know who he was talking to in his district, but it wasn’t the people I spoke to.”

Trump on Saturday branded Cummings a “brutal bully” for his treatment of border officials, and described his district as “far worse and more dangerous” than the southern border.

“Rep, Elijah Cummings has been a brutal bully, shouting and screaming at the great men & women of Border Patrol about conditions at the Southern Border, when actually his Baltimore district is FAR WORSE and more dangerous,” Trump tweeted.