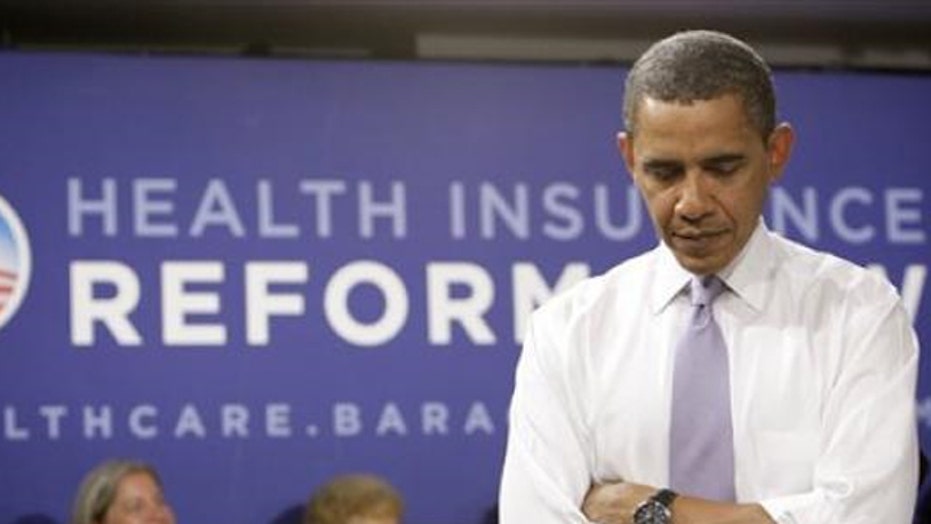 Another legal challenge to ObamaCare

Sen. Ron Johnson, R-Wis., Monday pursued an effort to sue the Obama administration because it gave many staffers in Congress something no other American has: tax-free money to cover their costs under ObamaCare.

"Americans hate it when elected officials or people in power are exempt from laws," Johnson said after the first hearing to determine whether he has standing to sue.

The original health care law was clear that lawmakers and their staffers should be treated the same as other Americans, but then the administration issued a ruling that did just the opposite.

And that, legal critics argue, gives Johnson standing -- meaning he can establish that the administration ruling imposed a burden on him.

The burden in this case would be because Johnson would be forced to choose among staffers as to who would qualify and who wouldn’t. He also argues the administration ruling forces him into a transaction that was not in the law and therefore illegal and makes him a party to a process prohibited by the plain language of the law.

Attorney Anthony Dick of Jones Day law firm, who is also advising Johnson, said,"so when you're being regulated in a direct matter like that and you say it's illegal, that's standing that's a personal injury to you."

Previously, members of Congress and their staffs got coverage through the Federal Employees Health Benefit Program, which like other employer plans is tax free.

The administration has not argued the merits of the case, saying instead those in Congress came out ahead, so where's the injury?

But an even more damaging suit is also pending. What is known as the Halbig case argues the law clearly states that subsidies are available only to those enrolled in exchanges "established by the state."

But there is no explicit mention of the federal ones. As Dick explained, "people on those exchanges should not be eligible for subsidies, because subsidies are only available for people on exchanges established by the state."

But 34 states refused to run their own marketplaces, leaving them to the federal government instead.

If subsidies in the federal exchanges -- which the vast majority of enrollees receive -- were ruled illegal, it would wreak havoc on ObamaCare.

An unfavorable decision would drive up costs in the federal exchanges in ObamaCare, making enrollment far more expensive and far less attractive.

And yet another suit from House Speaker John Boehner is looming. He accuses the president of a "flippant dismissal" of the Constitution by "changing and creating his own laws" and refusing to enforce statutes he's sworn to uphold.