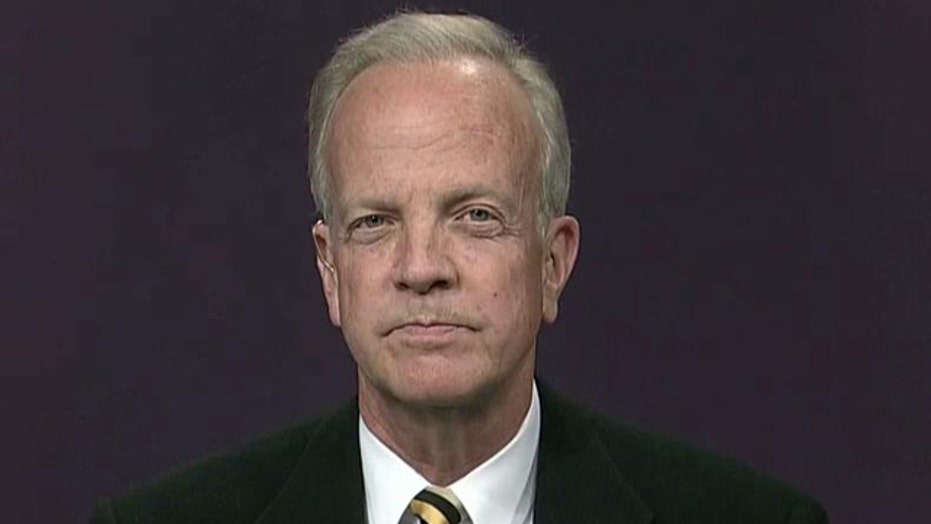 The comments by Kansas Sen. Jerry Moran put him at odds with Senate Majority Leader Mitch McConnell, R-Ky., and other GOP leaders, who have said the chamber won't hold hearings or a vote on the nominee. Only a handful of Senate Republicans have diverged from that stance.

Moran's statements prompted a leader of one conservative group to warn that her organization was preparing an advertising campaign "to remind Senator Moran that he represents the people of Kansas and neither President Obama nor the Democratic Party." Others didn't rule out that the comments might prompt a conservative to challenge Moran in the state's GOP primary.

The fuss over Moran's comments came as the White House announced that Garland will have his first courtesy meeting next week with a Republican senator, Mark Kirk of Illinois.

Kirk faces a difficult re-election in November in Democratic-leaning Illinois. Until Moran's remarks, Kirk was the only GOP senator to call for a Senate vote on Obama's pick and one of two -- with Sen. Susan Collins, R-Maine -- to favor Senate Judiciary Committee hearings.

Moran, former head of the Senate GOP's campaign organization, faces re-election this fall in a deeply conservative state that has not elected a Democrat to the Senate since the 1930s. While he is so far unopposed in the Aug. 2 Republican Senate primary, the filing deadline for candidates who might run against him is not until June 1.

According to the Dodge City Daily Globe, Moran said Monday at the Dodge City Rotary Club, "I think we have the responsibility to have a hearing, to have the conversation and to make a determination on the merit."

The Garden City Telegram reported that on the same day, Moran told a small gathering in Cimarron, Kansas, that there should be a hearing and said, "I would rather have you (constituents) complaining to me that I voted wrong on nominating somebody than saying I'm not doing my job."

Moran said it was extremely unlikely he'd back the nominee and expressed doubt that McConnell would let the Senate process proceed, according to both reports.

A Moran spokeswoman said Friday that the lawmaker was not reachable for comment, but released a written statement in which he did not retreat from his earlier remarks.

"I believe I have a duty to ask tough questions and demand answers. I am certain a thorough investigation would expose Judge Garland's record and judicial philosophy, and disqualify him in the eyes of Kansans and Americans," Moran said.

Carrie Severino, chief counsel of the conservative Judicial Crisis Network, said "caving into" Obama was not serving Kansans and said her group was preparing a "robust" television and digital ad campaign aimed at Moran.

David Christensen, lobbying for the anti-abortion Family Research Council, said Moran had earned a perfect score in the group's rating of lawmakers' votes last year and said, "Now we have this extremely important Supreme Court debate, and now is not the time for him to go wobbly."

Asked if the episode might encourage a conservative challenge to Moran, Christensen said, "I think this definitely raises concerns among conservatives." Asked the same question, spokesman Dan Holler of Heritage Action for America said, "This is certainly a point of frustration."

Dr. Milton Wolf, whose tea party-backed campaign nearly captured the GOP nomination in 2014 from long-time incumbent Sen. Pat Roberts, tweeted this week, "How much of a coward is (at)JerryMoran?"

Reid chided McConnell's strategy of opposing Senate consideration of the nominee this year, saying he couldn't comprehend what senator would follow that "dumb advice."

He said once Democrats win the presidential election, Republicans would choose to confirm the moderate Garland over a Clinton nominee, who might be more liberal. McConnell has said the Senate will not consider Garland during a post-election lame duck session.