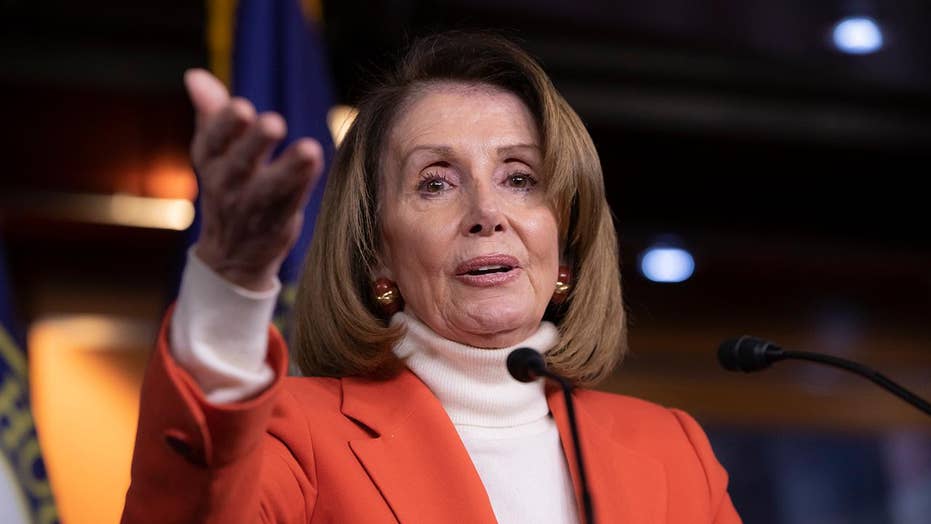 Did Pelosi's deal-making derail challenge to her leadership?

After dealing with their own political infighting a few years ago, House Republicans are kicking up their feet and watching Democrats scrap it out for who will lead the party when it takes control of the lower chamber in January.

A number of rank-and-file Democrats – tired of the entrenched leadership under Rep. Nancy Pelosi, D-Calif. – are trying to make sure she doesn’t reclaim the role of House Speaker, despite her role in helping the party take back the House for the first time since 2010. This internal conflict may be dismaying for Democrats hoping for a unified party to fight the Trump administration, but it has the GOP jumping for joy.

“For those asking, Moulton is NOT on our payroll,” National Republican Congressional Committee (NRCC) spokesman Matt Gorman tweeted last week, in reference to Rep. Seth Moulton, D-Mass., one of the most vocal Pelosi critics.

In the most open criticism of Pelosi, 16 Democrats put their signature on a letter earlier this week in which they vowed to oppose Pelosi in both the closed-door caucus vote and on the House floor.

Despite the open hostility from some to Pelosi, it appears the California Democrat is slowly coalescing the party around here.

Rep. Brian Higgins of western New York announced Wednesday he will now support Pelosi after earlier signing on to a letter opposing her bid.

One day earlier, Marcia Fudge of Ohio announced she would back Pelosi after earlier flirting with the idea of running for the position herself.

Pelosi still has a daunting challenge ahead to secure 218 votes, but she is growing closer to that threshold with an aggressive behind-the-scenes campaign focused on addressing some of her skeptics' top concerns.

Pelosi seems certain to have enough support to become her party's nominee for speaker when House Democrats vote by secret ballot on Nov. 28. She will need only a majority of Democrats in that contest.

But when the full House elects its new leaders Jan. 3, the speaker will need a majority 218 votes, assuming that no one votes "present" or misses the vote and Republicans oppose her en masse, as seems likely.

While the large majority of Democrats support Pelosi, others are concerned that she is hurting Democratic prospects in key swing districts where she is unpopular with a broad swath of voters. The critics contend the 78-year-old Pelosi needs to step aside and make way for a new generation of leaders.

Pelosi was the first woman to become speaker and served from 2007 to 2011.