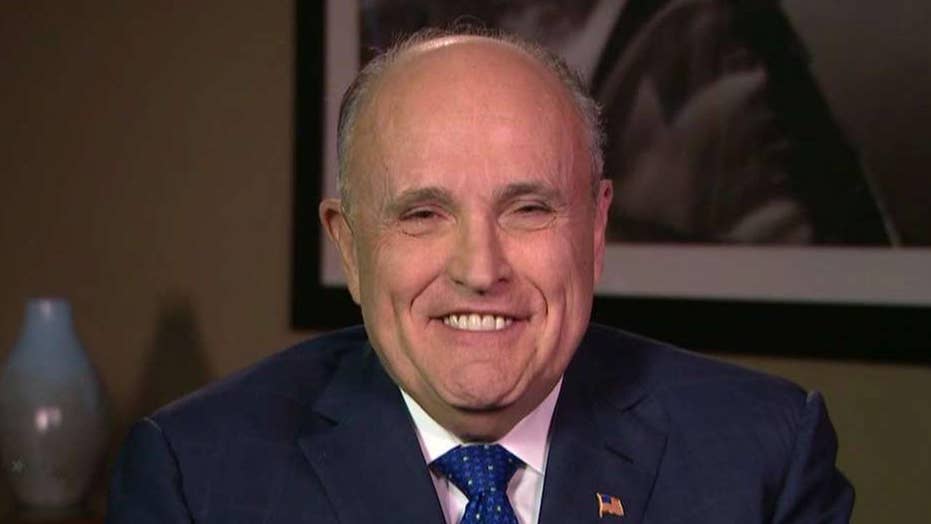 “Let’s get the facts straight, and let’s get this done,” Giuliani said on “Fox News Sunday.”

Giuliani said the investigation is focusing on “things that didn’t happen” -- including members of the Trump presidential campaign allegedly colluding with Russia to influence the outcome of the 2016 presidential race and Trump illegally interfering with the probe.

“You’ve got a focus of no Russia collusion, no obstruction of justice,” Giuliani said.

Trump fired Comey in May 2017,  saying he'd lost confidence in Comey’s ability to manage the FBI, including how he handled the federal investigation into Hillary Clinton’s use of private email servers while secretary of state.

However, the president was also upset that Comey would not publicly say he was not the focus of the Russia investigation, an argument Giuliani has made in recent days.

Trump appears increasingly frustrated about the investigation -- which he routinely calls a “witch hunt” -- as the probe extends into a second year and interferes with his administration.

Giuliani was hired in recent weeks to try to bring the investigation to a close and perhaps arrange an interview between Trump and Mueller, as a final step.

However, he and others on Trump’s legal team have been wary about allowing Trump to talk, for fear federal investigators might try to set a legal trap.

“We’re not going to sit him down if it’s a trap for perjury,” Giuliani said Sunday. “He wants to explain that he did nothing wrong.”

To be sure, Trump has consistently said he didn’t meddle with Russia to influence the 2016 presidential election. And he argued that the investigation has moved beyond its original intent to include the business dealings of the president’s business associates.

“This is rigged, you’ve got 13 Democrats, no collusion,” Giuliani said. “They are focused on things that didn't happen.”

He also said the president is "not going to fire anybody" because that would make him look like a victim.

Giuliani also said that the former administration should have informed Trump that it was looking at Russia meddling during the 2016 race and was surveilling his campaign.