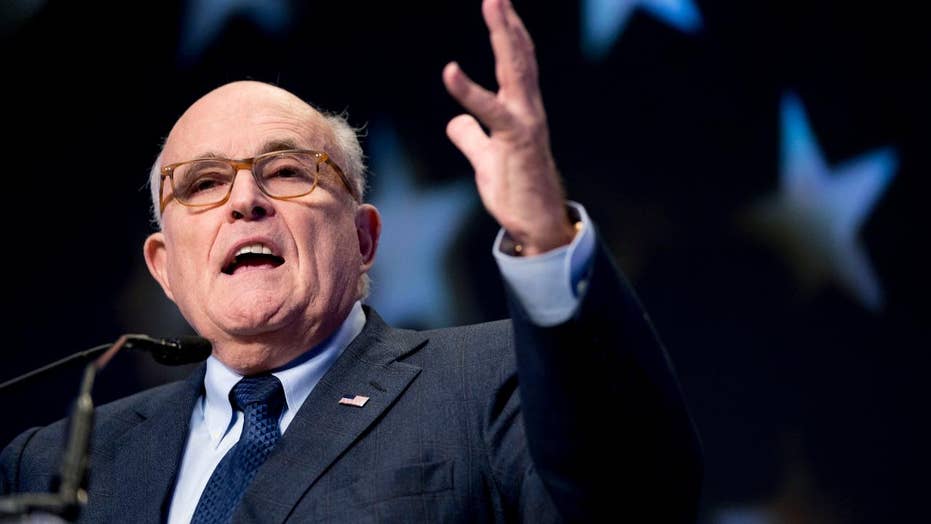 The former New York City mayor also said on CNN's "Cuomo Prime Time" that "if the collusion happened, it happened a long time ago. It's either provable or it's not. It is not provable because it never happened ... I'm telling you there's no chance it happened."

Trump previously denied any member of his campaign conspired with Russian officials. In May 2017, Trump flatly stated: "There is no collusion, certainly myself and my campaign."

Giuliani admitted that Manafort was "wrong" to give the data to Kilimnik, but said "polling data is given to everybody."

"There is not a single bit of evidence the president of the United States committed the only crime you could commit here [and] conspired with the Russians to hack the [Democratic National Committee]," Giuliani said.

"First of all, crime is not the bar of accountability for a president," Cuomo responded. "It's about what you knew, what was right, what was wrong and what did you deceive about."

"The president did not collude with the Russians, whatever collusion is," Giuliani shot back, later adding that "I have no idea, never have, what other people [on the campaign] were doing."

Giuliani also repeated his call for Mueller to wrap up his investigation quickly, saying the probe was "over enough" and calling it "the most inappropriate investigation I’ve ever seen conducted on an ethical level that’s disgusting."

"We’ve answered all the questions on collusion," Giuliani said. "We don't need a special counsel to investigate a campaign chairman. We have [Mueller] because the President of the United States is involved as a subject."