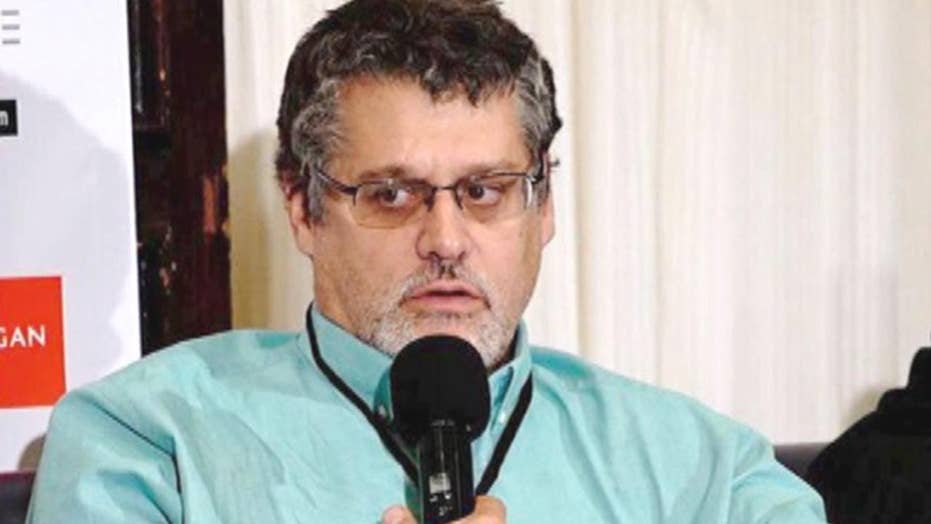 Glenn Simpson will give a 'voluntary interview.'

Glenn Simpson, the co-founder of the opposition research firm behind the unverified Trump ‘dossier,’ has reached an agreement with the House Intelligence Committee to testify voluntarily on his involvement in the controversial project.

Simpson, who had been under a subpoena, appeared with his attorneys on Capitol Hill on Wednesday to negotiate the terms of his return next week.

The Fusion GPS co-founder and former Wall Street Journal reporter last appeared on Capitol Hill in August, when he testified before the Senate Judiciary Committee for 10 hours. In that case, Simpson was under subpoena until he agreed to appear and the subpoena was dropped.

Similarly, the leaders of the House Intelligence Committee announced Wednesday that Simpson’s subpoena will be withdrawn next Tuesday when he appears before the committee.

Simpson’s attorney Joshua Levy said his client will testify voluntarily and “will tell the truth.” Levy added that he is seeking to strike a balance between the committee’s right to information and Fusion GPS’ “privileges and legal obligations.”

Levy stressed that Simpson will be able to “maintain Fusion GPS’ privileges and honor its legal obligations,” pointing to the importance of “confidential relationships with its clients.”

That’s an apparent reference to efforts by lawmakers to get the financial records connected to the dossier. That litigation recently led to the bombshell disclosure that the Hillary Clinton campaign and Democratic National Committee helped fund the research resulting in the dossier – in turn fueling Republican concerns about Fusion’s role and possible connections to Russian figures.

As for the bank records, Levy told reporters that Wednesday’s negotiations with the committee did not involve discussions over those financial documents.

Fox News reported on Tuesday that Simpson met with Russian lawyer Natalia Veselnitskaya before and after her now-famous June 2016 Trump Tower meeting with Donald Trump Jr.

Fox News reported that, during that period, bank records show Fusion GPS was paid by a law firm for work on behalf of a Kremlin-linked oligarch while also paying former British spy Christopher Steele to dig up dirt on Trump.