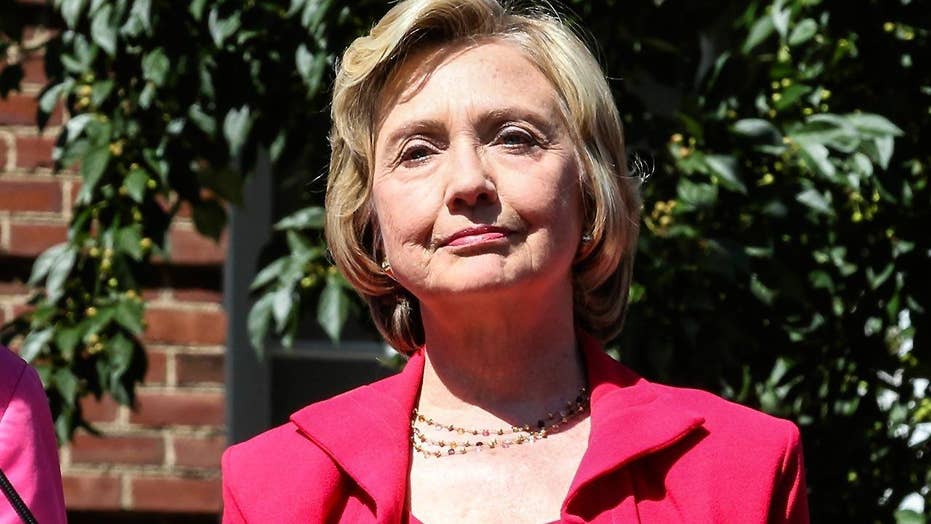 American voters think Hillary Clinton put national security at risk by mishandling classified emails -- and that she’s lying about it.

By a 60-27 percent margin, they think she’s lying about how her emails were handled while she was secretary of state, according to the latest Fox News national poll of registered voters.

And by 57-32 percent, voters say U.S. safety was at risk because of Clinton’s mishandling of national secrets.

“Clinton’s explanations are clearly not cutting it with voters,” says Republican pollster Daron Shaw, who conducts the Fox News Poll along with Democratic pollster Chris Anderson.

“This issue continues to act as a drag on her personal ratings.”

Over half of voters feel Clinton lacks the integrity to serve effectively as president (54 percent), and nearly 6-in-10 have an unfavorable opinion of her (56 percent).

Roughly one third of self-identified Democrats think Clinton is lying about her emails (35 percent) and put national security at risk (32 percent).

Twenty-seven percent of those backing Clinton over Republican Donald Trump in the presidential race think she’s lying about her emails.

The State Department Inspector General concluded May 25 that Clinton failed to comply with department policies by using a private email server.

“The question is whether beliefs about Clinton’s handling of emails are already fully baked into perceptions of her, or if the issue can drag her down further,” says Anderson.

“Her emails must be the most talked about in the history of emails.  Some voters are certainly bored with the issue and tuning it out.”

Views on this issue are holding steady.  Earlier this year, 60 percent said Clinton had mishandled classified emails (February 2016).  And 58 percent felt she was lying about it in September (the last time the question was asked on a Fox News Poll).

The Fox News poll is based on landline and cellphone interviews with 1,004 randomly chosen registered voters nationwide and was conducted under the joint direction of Anderson Robbins Research (D) and Shaw & Company Research (R) from June 5-8, 2016.  The poll has a margin of sampling error of plus or minus three percentage points for all registered voters.