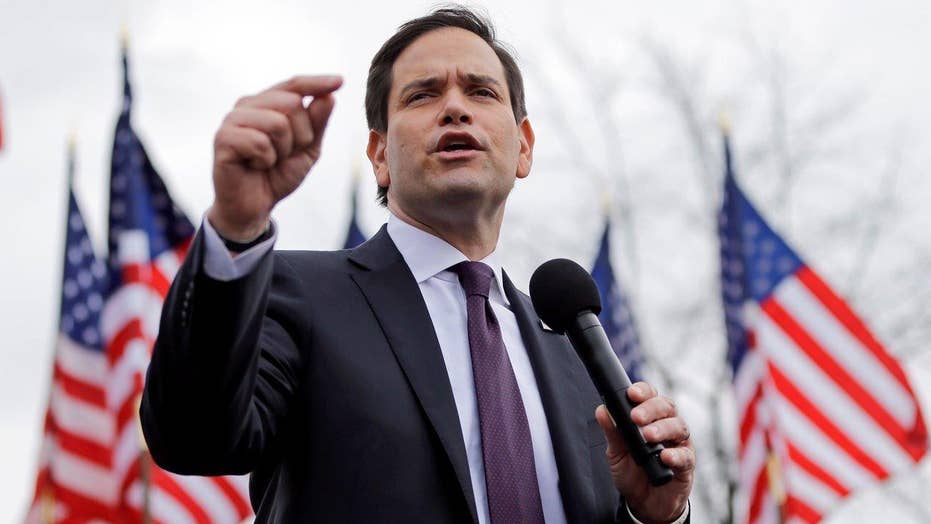 Will Bush backers support Rubio next?

Parts of Jeb Bush's formidable donor network already are gravitating to Marco Rubio within days of his exit from the race, sensing a quickly narrowing window to disrupt Donald Trump's march to the nomination.

While the more than $150 million of campaign and super PAC cash pumped into Bush's bid did little for the former Florida governor, his money men and women hope they can put their cash to more effective use this time.

“This has been a relatively seamless transition for me, and I believe for so many others,” Bush donor and former Minnesota Senator Norm Coleman told FoxNews.com, citing Rubio's electability and vision among the reasons for backing him.

“The folks I was working with on the Bush campaign, my sense is almost unanimity in them moving over to Team Rubio,” Coleman said.

Though some saw Rubio's challenge against Bush as a betrayal of his former mentor, the bad blood may not be enough to prevent Bush donors from leaping to Rubio anyway.

And Trump is a factor.

With Bush out, and frontrunner Trump racking up delegates through primaries in New Hampshire and South Carolina, Bush's donors told FoxNews.com they are moving fast in order to rally around the candidate they believe can beat the billionaire businessman.

Bobbie Kilberg, a Republican fundraiser who supported Chris Christie and then Bush, says she made the decision as early as Sunday morning to move her support to Rubio.

“It’s become exceptionally clear that it is time for mainstream Republicans to coalesce around one mainstream candidate they can support and who can win elections,” Kilberg said. “There’s a sense of urgency here that the window will close shortly.”

Bush made headlines in 2015 for accruing an enormous war chest and rolodex of donors, in a fundraising blitz that became known as “shock and awe." Yet it wasn’t to be for Bush, who won less than 8 percent in South Carolina’s primary Saturday and swiftly dropped out of the race for the White House.

Kilberg can’t say exactly how many other Bush donors will move to Rubio, but says she has seen a lot of interest from fellow donors.

“On Sunday morning, before noon I had nine phone calls from people saying ‘If you’re going to Rubio, we’re going with you’ and that’s a lot of calls and emails to get before Sunday lunchtime,” she said.

“My prediction is you’re going to see a very strong movement of people from supporting Bush and Christie going to Rubio. He’s the clear alternative and it’s time we all did this.”

Top GOP donor and Bush backer Dirk Van Dongen also told FoxNews.com in an email late Monday that he was moving his support to Rubio.

There are some signs that Ohio Gov. John Kasich may also be a minor beneficiary of Bush’s exit. Billionaire Stephen Druckenmiller told The New York Times Monday that he was backing Kasich, a big win for the struggling candidate.

Although Rubio has scooped up most of the political endorsements since Saturday's primary, Kasich has also picked up a few endorsements, including former Massachusetts Gov. Bill Weld and Nevada Speaker of the Assembly John Hambrick, both former Bush backers.

Coleman, who was also a Bush surrogate and even worked the "spin room" for him at the most recent South Carolina debate, said while many donors respect the Ohio governor, his perceived steep path to victory is dissuading many potential backers from putting their money behind him.

“I have respect for the governor, but there’s no path there. He’s got strength in a couple of states and that’s it,” Coleman said.

“Kasich has a long way up the road to where he can be competitive and viable,” agreed veteran GOP strategist Rick Wilson, who is backing Rubio. “Kasich is the one pro-ObamaCare candidate and he’s about to run into a buzzsaw of southern states that hate ObamaCare with a passion.”

Wilson also dismissed Ted Cruz -- though he, unlike Rubio, has actually won an early-state contest -- as a possible option for donors looking to deny Trump.

“There is a lot of questioning of Cruz’s political judgment in the donor community. He spent months with his lips attached to Donald Trump’s backside,” Wilson told FoxNews.com. “He was so eager to await the collapse of Trump and eat up his voters, he’s now put himself in a very tough position attacking Trump.”

Polls still show Rubio has a significant uphill climb to beat Trump. Ahead of Tuesday’s caucuses in Nevada, polls show Trump ahead by over 20 points, and Rubio has yet to win a primary or a caucus.

The RealClearPolitics average of recent national polls shows Trump leading the pack with 34 percent, followed by Cruz with 20 percent and Rubio with 16.

Rubio backers are gambling that as other candidates drop out and voters and donors unite around Rubio, the gap will narrow.

“None of this is going to be easy for anyone, and it’s going to get loud,” Wilson said. “But folks are rallying to Marco … because he’s the one guy who can beat Trump and who will be the most effective against Hillary Clinton in the fall."