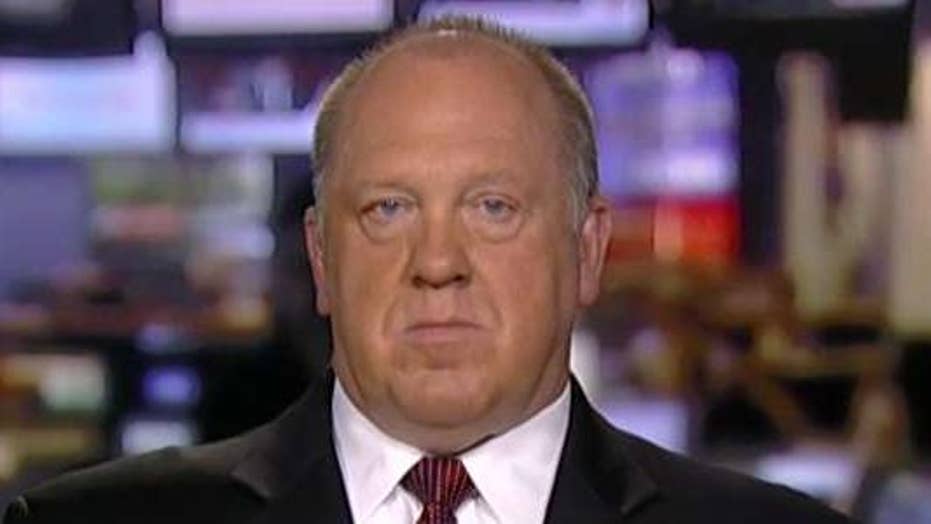 Following the release of a Fox News poll revealing that 50 percent of voters believe the Trump administration has "gone too far" in the enforcement of immigration laws, former ICE Acting Director Tom Homan said many Americans have been "misinformed."

During a Monday morning appearance on "America's Newsroom," Homan argued that people are being given incorrect information by Democrats and the media, who claim President Trump's immigration policies are "inhumane."

Homan said that there were fewer people arrested and deported by ICE in 2018 than there were under President Obama in 2012, and that President Trump's controversial policy of separating families at the border has been subjected to a "false narrative."

"Nine out of 10 of everybody ICE arrested were either convicted criminals or pending criminal charges," Homan claimed. "The Trump administration is doing a great job. We need to get out there and educate the American people," he continued.

Homan alleged, again, that the outrage over family separations last year was based on a "false narrative" and that the claims that children were being held in cages were untrue.

The former acting ICE director said he was present when the holding areas were built during the Obama administration.

President Trump signed an executive order last June to allow children to stay with parents who after caught crossing the border illegally.