Iran fired a missile – but missed – at an American drone on Thursday after the supposed Iranian attack on oil tankers, while another U.S. drone was shot down by Iran-backed rebels in Yemen in recent days.

A senior U.S. official told Fox News that an MQ9 Reaper drone was fired on by the Iranians on Thursday shortly after it arrived at the scene where the MV Altair tanker sent out a distress signal amid the attacks the U.S. says were perpetrated by Iran.

Then at 6:45am local time, a missile was fired at the drone, but missed. The U.S. military said that it was a modified SA-7 fired from Iran’s mainland. It was fired on after the drone arrived on station to assist the Norwegian tanker.

Officials also told Fox News that a U.S. MQ9 drone was shot down in Yemen by Iranian-backed Houthi rebels in recent days. 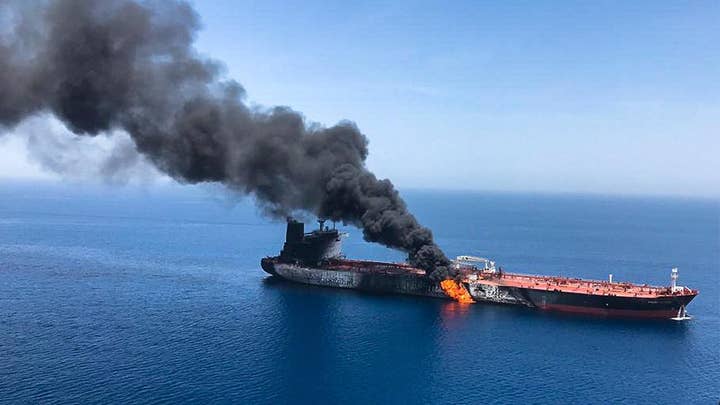 The news comes amid tensions in the region following the attack on oil tankers that put the U.S. and Iran on the brink of a direct conflict.

President Trump, meanwhile, told “Fox and Friends” Friday morning that the attack had “Iran written all over it.’

“[Iran is] a nation of terror and they've changed a lot since I've been president, I can tell you,” he added.

“Iran did do it and you know they did it because you saw the boat,” he said, before pointing to the video showing the Iranians removing the unexploded mine. “They're a nation of terror and they've changed a lot since I've been president, I can tell you,” he added.