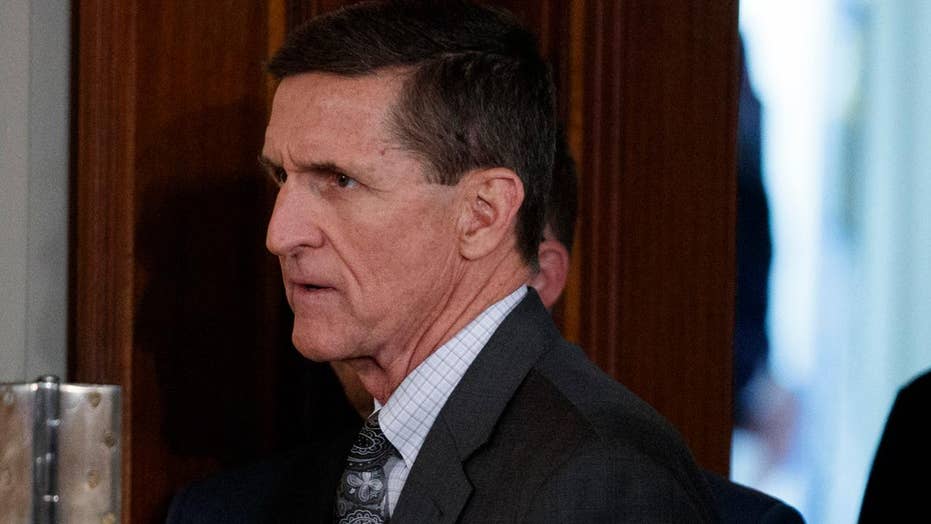 Justice Department investigation was not seen as disqualifying Flynn from the national security adviser position; Catherine Herridge reports from Washington

Weeks before President Trump's inauguration, Michael Flynn told the transition team he was under federal investigation for working as a paid lobbyist for Turkey during the campaign, the New York Times reported late Wednesday.

The disclosure by Flynn on Jan. 4 was first made to then-Trump transition team lawyer Donald F. McGahn II, who is now the White House counsel, two people familiar with the case told the newspaper.

Flynn's conversation with the transition team came a month after the Justice Department notified Flynn he was under investigation, according to the Times.

Flynn was fired as national security adviser by Trump on Feb. 13 after the White House said he misled Vice President Mike Pence and other top officials about his communications with Russia's ambassador to the United States.

The White House had no immediate comment on the Times story Wednesday night.

"Flynn never spoke to the president about trying to end or influence any ongoing government investigations of him," Fox News was told.

Separately, McClatchy reported Wednesday that Flynn declined a request from the Obama administration to approve a Pentagon plan to retake ISIS' de facto capital, Raqqa, with the help of Syrian Kurdish forces — a plan that the government of Turkey had opposed.

The Trump administration eventually approved the offensive after Flynn's dismissal. Weeks after his firing, Flynn retroactively registered with the Justice Department as a foreign agent. He was ultimately paid more than $500,000 to advocate for the Turkish government.

The McClatchy report says Flynn's explanation for the decision is not recorded and it was not immediately clear whether he consulted with other members of the transition team.