Flynn appears in court after third request to delay sentence

Trump's former national security adviser has not been sentenced six months after his guilty plea for lying to federal investigators; Catherine Herridge reports on the hearing.

A lawyer for former national security adviser Michael Flynn said Tuesday the retired Army lieutenant general is “eager” to wrap up and proceed to sentencing, amid mysterious delays in the conclusion to Special Counsel Robert Mueller's case against him.

“General Flynn very much does want to bring this chapter to a close,” Flynn attorney Robert Kelner said during a court hearing with U.S. District Court Judge Emmet Sullivan.

Flynn in December pleaded guilty to one count of making false statements to the FBI about his conversations with then-Russian Ambassador Sergey Kislyak during the transition as part of a plea deal with prosecutors. He has not been sentenced in the case.

Tuesday’s hearing followed Sullivan demanding information about why both sides had repeatedly asked for Flynn’s sentencing to be delayed. In a joint court filing earlier this month, Mueller and Flynn’s lawyers only replied that they are not “ready for sentencing.” It was the third time sentencing was delayed. 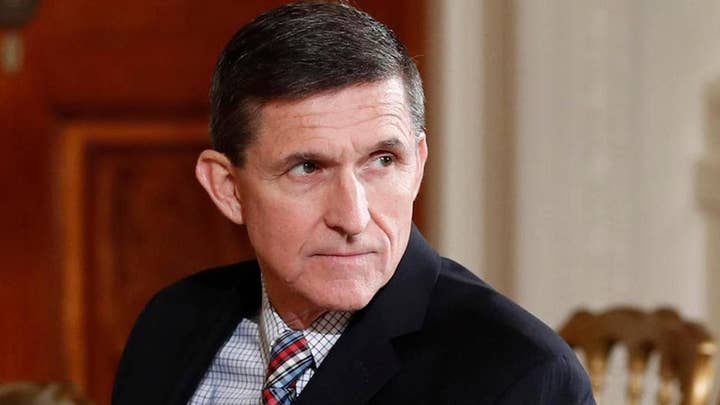 The delays could have been because Flynn is still in the process of cooperating with investigators in the special counsel investigation into Russia’s meddling in the 2016 election. But on Tuesday, the defense signaled Flynn’s cooperation may be complete, saying they do not anticipate facts in the case changing.

Sullivan, who took over the case after the sudden recusal of the recusal of U.S. District Judge Rudy Contreras last year, said Tuesday he wanted to meet both parties before sentencing.

The judge floated Aug. 24 as a possible date for the next hearing, suggesting it’s possible sentencing could take place 60 days after that.

Fueling intrigue in the case is a report from the House Intelligence Committee in May stating that former FBI Director James Comey testified to the committee that FBI agents did not believe that Flynn intentionally lied about talks with Russia’s ambassador.

Comey, who has been on tour promoting his new book, has suggested his testimony about Flynn had been misunderstood, saying “someone misunderstood something I said. I didn’t believe that and didn’t say that.”