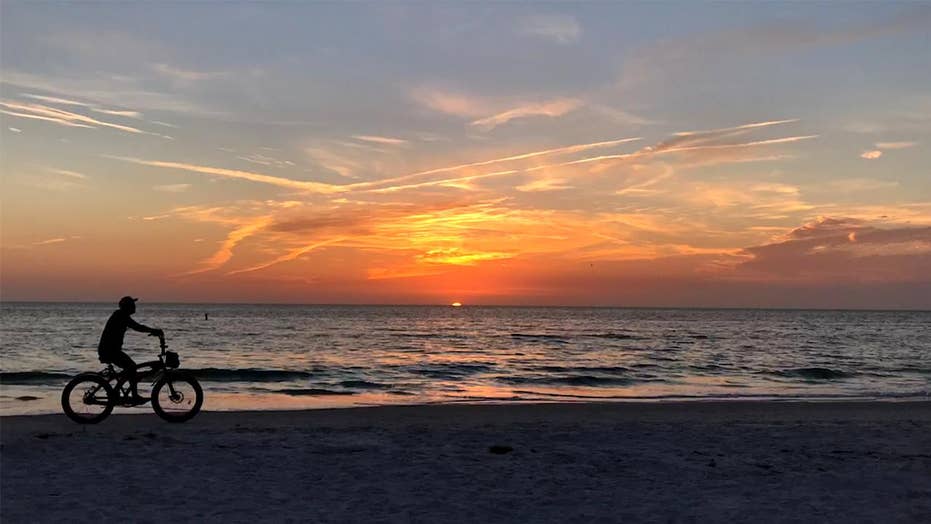 Congressional leaders will decide whether the Sunshine State has daylight saving time year-round after Governor Scott signs bill into law.

TAMPA – The Sunshine State is one step closer to being a little brighter every evening after passing a bill to enact year-round daylight saving time to boost the economy and tourism.

After weeks of debate over guns, schools and budgets during the legislative session, Florida’s House and Senate members voted on something they could agree on: daylight.

“If you talk to people in the tourism world, they’ll tell you they’d much rather have daylight later because people after work would be able to go shopping, go to the beach, do things they want to do,” said State Sen. Greg Steube, R-Bradenton, who sponsored the Senate version of the bill.

The bill has attracted widespread attention and public support, but it’s not a done deal yet. The issues?

Florida State Sen. Greg Steube sponsored the bill in the Florida Senate. "If you look at the history of why we as a country do (daylight saving), it doesn’t make any sense in today’s world." (Fox News)

Florida would secede from the national timetable, and to do that requires an act of congressional approval.

Because of this, even with Scott's signature on the bill, Congress would still have to exempt the state of Florida from the law.

Steube says he isn’t worried because the bill is not partisan.

“If there’s no real reason why we’re doing something so big like changing our clocks back and forth every year, twice a year, then I don’t know why we can’t change it,” he said.

If approved by the federal government, Florida’s residents will move into the Atlantic Time Zone for part of the year, aligning cities from Jacksonville to Miami with Nova Scotia rather than New York and Washington, D.C.

State Rep. Julio Gonzalez opposed the House version of the bill and says it would confuse out-of-state travelers heading to Florida and businesses dealing with the state. (Fox News)

But some say the move would cause more harm than good – it would confuse U.S. and foreign travelers heading to Florida and businesses dealing with the state.

“I think it would be disruptive in that it would potentially cause confusion, particularly between interstate business enterprises,” said State Rep. Julio Gonzalez, R-Venice, who opposed the bill in the House.

Scott announced last week that Florida set another tourism record by welcoming the highest number of tourists in the state’s history with 116.5 million people visiting in 2017.

City of Miami Mayor Francis Suarez is in favor of the bill and says it's great to come home from work and still have a little bit of daylight to enjoy at the end of the day. (Fox News)

City of Miami Mayor Francis Suarez says 40 million of them come to Miami.

Gonzalez says Florida doesn’t need the boost in tourism, adding “we accomplished all these wonderful improvements in our tourism numbers without adjusting our clock!”

The idea of making daylight saving time year-round isn’t a new one. President Nixon attempted the change in 1974 to help alleviate an energy crisis but the consequences were immediate – and deadly.

In less than a month, eight children died in traffic accidents in Florida, and six of the deaths were attributed directly to children going to school in darkness.

“If it becomes that big of a problem, independent school districts can move the time of when they start school to be able to make sure our children are getting to school safely,” Steube said.

Florida isn’t the only state considering the change either. Twenty-six other states want to adopt daylight saving time year-round, including New York and Massachusetts, but Florida would be the first and only state to exempt itself from Standard Time.

“I honestly believe that more states will do it if Florida takes a leading role,” Steube said.

Florida Sen. Marco Rubio has announced his support for the bill and introduced legislation to standardize daylight saving time for the entire calendar year and try to make the change nationwide.

“If we’re going do it in a national way…then I think my analysis would be different,” Gonzalez said. “I’m kind of curious myself to see which way it would go…I have no idea which way Congress will go with this.”

Lawmakers in the Sunshine State say if Congress approves the exemption, time would change “as soon as practicable.”