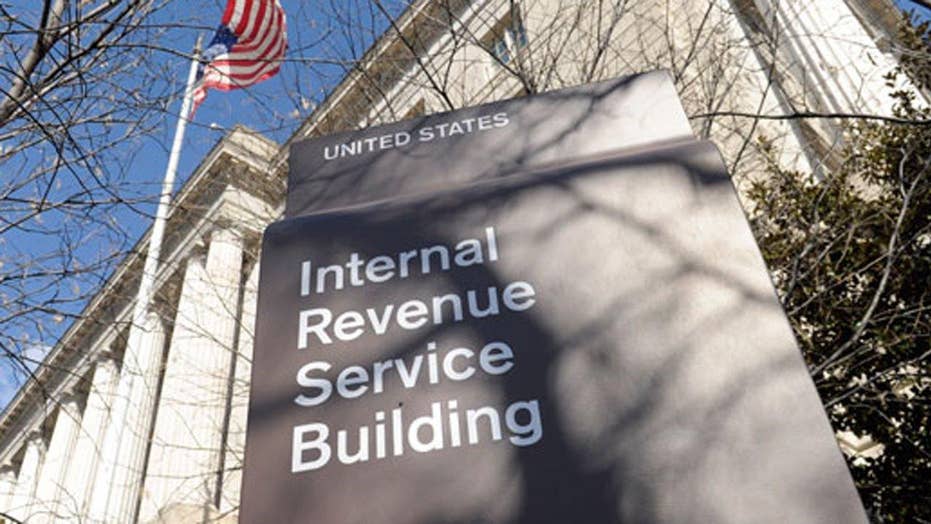 Are taxpayers' personal information at risk?

The speaker of the House flashed frustration as he addressed the National Retail Federation.

“I am astonished when I go around the country at the intensity of anger at the IRS,” said the speaker. “People are determined to get the IRS out of their life. They are furious at the IRS.”

“We say a tax code should go away,” suggested the House Majority Leader during an appearance before the Senate Finance Committee.

“We must tear the income tax code out of by its roots so it can never come back again,” thundered the chairman of the House Ways and Means Committee, the panel in charge of crafting tax policy.

Anger at the IRS has rarely been higher. Politicians gripe about a calcified tax code that Congress hasn’t overhauled since 1986. Yet 30 years later, lawmakers get on the stump and campaign about the necessity of renovating the nation’s tax system.

And they have. Especially this time of year with federal taxes due Monday (delayed three days due to Emancipation Day in the District of Columbia).

“The IRS is not being led well. I think the IRS misled Americans,” said Ryan when asked about an effort by some House Republicans to impeach IRS Commissioner John Koskinen. “This is an agency that needs to be cleaned up.”

“What America needs today is a new, 21st Century tax code that is built for growth,” said Brady in a speech. “I can assure you that Ways and Means Republicans are serious about reforming our broken tax code.”

The IRS makes for a great whipping boy this time of year as frustrated Americans rush to the Post Office to file their taxes just before the deadline. Lawmakers offer up political Pablum to exercised taxpayers about changing the tax code and why the tax system is in desperate need of an overhaul.

Antagonists are crucial in politics. Politicians need to cast themselves as caped superheroes, warring against the evils of the state. Lawmakers appear to have perfect adversaries in the IRS and an outdated tax code.

Eliminate the IRS and pass tax reform -and suddenly lawmakers are deprived of foes.

As a political issue, it might not be better to change anything. But legislative realities make it very hard to usher tax reform to passage. There are so many shelters. So many interest groups. It’s hard to concoct a plan which garners the votes for passage.

If this was easy, Congress would have approved tax reform years ago.

Remember the Republican-controlled House and Senate in the mid-1990s with Newt Gingrich at the helm? They didn’t have a Republican in the White House.

But they had as good a negotiating partner as they could ever get at 1600 Pennsylvania in President Clinton. The Democratic president and the GOP Congress got together on welfare reform, entitlement spending and the budget. But no tax reform.

How about President George W. Bush and a Republican House and Senate for most of the early 2000s? Nada on comprehensive tax reform. ‘Nuff said.

Tax reform was not a high priority of President Obama and congressional Democrats when they came to power. Still, Rep. Charlie Rangel, D-N.Y., chaired the House Ways and Means Committee then and designed a tax reform measure.

Then Rangel faced serious ethics issues, lost his chairmanship and the House censured him for his conduct. No tax reform there.

Former Rep. Dave Camp, R-Mich., took over the gavel of the Ways and Means Committee when Republicans scored the House majority in 2011. Of course, that was back when Republicans were a supposed lock to win the White House and the Senate in 2012. Neither happened. No tax reform then, either.

In 2014, Camp assembled a tax reform proposal to simplify the code and restructure rates for those with higher incomes. When reporters pressed then-House Speaker John Boehner, R-Ohio, about the blueprint, he dismissed Camp’s effort out of hand.

“Tax reform is a 2015 thing for sure,” he said last spring. In that remark, Ryan meant it had to move in 2015 before enduring the political winds of a presidential election year come 2016.

“It has to be done by the end of the summer … it if goes back past summer, it’s hard to see how that gets done,” he added.

Of course, that didn’t come to pass. A couple of months later, during a Bloomberg interview, Ryan was already done with 2015 tax reform opportunities.

By fall, Ryan traded in the Ways and Means gavel for the speaker’s gavel. And the calendar flipped to 2016.

“Ryan was 11 months Chairman of the Ways and Means Committee,” Hoyer said. “He offered no bill. He’s been talking about tax reform for most of the time he was here.”

When asked Thursday about the IRS and issues with tax policy, Ryan punted to 2017.

“What I think we need to do is win an election,” he said. “Get better people in these agencies and reform the tax code.”

Ryan asserted that “the IRS is implementing a horrible tax code.”

And that’s on Congress, regardless of what year it is.

On Saturday, Ryan published a letter ahead of tax day. It blasted the IRS and its ability to protect taxpayer information from hackers. In a Fox interview, John Koskinen argued “it’s a complicated world” when it comes to protecting taxpayers.

“Aren’t we all sick and tired of these excuses?” he asked. “The IRS needs to change.”

So with tax day upon us, lawmakers are again speaking about the need to alter tax policy.

“I think we ought to do comprehensive tax reform,” said Senate Majority Leader Mitch McConnell, R-Ky. “We really need to scrub the whole tax code. The chances of doing that now and the end of this presidency are none and slim.”

On Wednesday night, Rep. Jim Jordan, R-Ohio, and a host of lawmakers took to the House floor for a fiery set of speeches demanding the impeachment of Koskinen.

Conservatives remain livid over the IRS’s targeting of conservative, tax-exempt groups -- ostensibly due to their political views.

The scandal is what led President Obama to tap Koskinen to run the IRS.

The GOP regularly turns up the heat on Koskinen, though the targeting scandal didn’t go down on his watch. Still, Republicans think he and others failed to produce documents necessary for congressional oversight.

“That’s why we filed these articles of impeachment,” Jordan said.

Ryan’s not game to impeach Koskinen. And tax reform isn’t on the table now.

And with little change coming to the IRS or tax reform, expect a lot of the same rhetoric about taxes come this time next year.