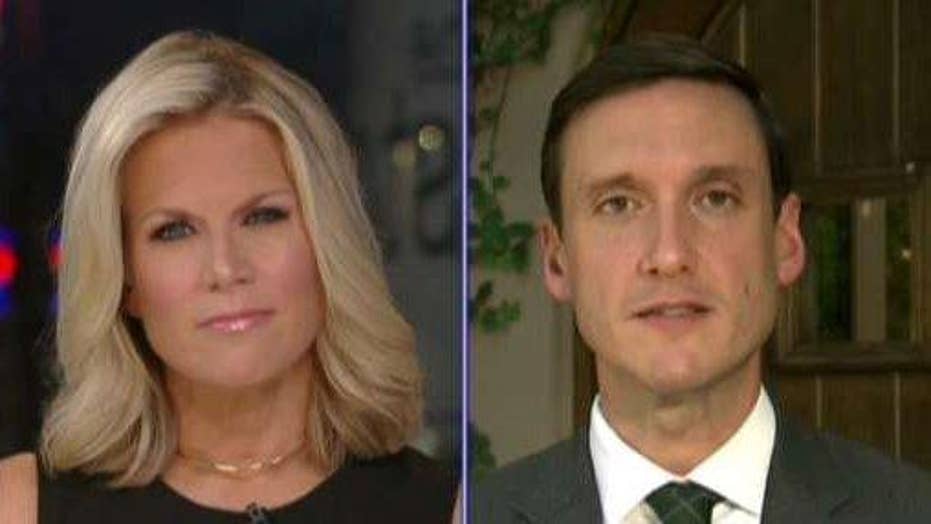 On 'The Story,' Tom Bossert talks about his trip to the border with President Trump

A federal administrative judge on Monday prohibited members of the public and media from attedning a Homeland Security Department hearing on the cancellation of a contract for a groundbreaking technology that allow the agency to detect bioterrorist threats.

Judge Allan H. Goodman of the U.S. Civilian Board of Contract Appeals issued the order barring the public from the hearing and prohibiting anyone involved – including lawyers or witnesses in the case – from talking about the proceedings, The Los Angeles Times reported.

The ruling was reportedly prompted by lawyers at DHS who objected to media reports about the technology.

In 2010, a Silicon Valley Company, NVS technologies Inc., won a government contract for $23.4 million to produce devices capable of telling whether an air sample contains biowarfare agents, the paper reported.

The government has been trying for years to develop technology quickly detecting bioterrorism agents such as anthrax – and has splashed out more than $20 billion over the last 16 years.

Senior Homeland Security scientist Segaran Pillai reportedly said in 2013 report that the tech company “has done a tremendous job in fulfilling our requirements” and the continuation of the project was important “to ensure a successful outcome for the nation.”

Sally A. Hovjat, a division director at the Food and Drug Administration, also welcomed the new technology.

“We strongly believe the government must take the initiative to make this happen if we plan to have a highly robust diagnostics and surveillance program to capture a potential biological attack early and also to support the clinical intervention/mitigation and save lives,” she wrote in 2013, according to the LA Times.

Despite all that, the government agency cancelled the contract just months before the firm was supposed to deliver prototypes. The official reason for the cancellation, according to the La Times, was “convenience”.

NVS is now seeking to establish that the government acted in “bad faith” when they cancelled the contract. Hans Fuernkranz, NVS chief executive, told the LA Times the request to bar the public from the hearing was initiated by the government and not his firm.