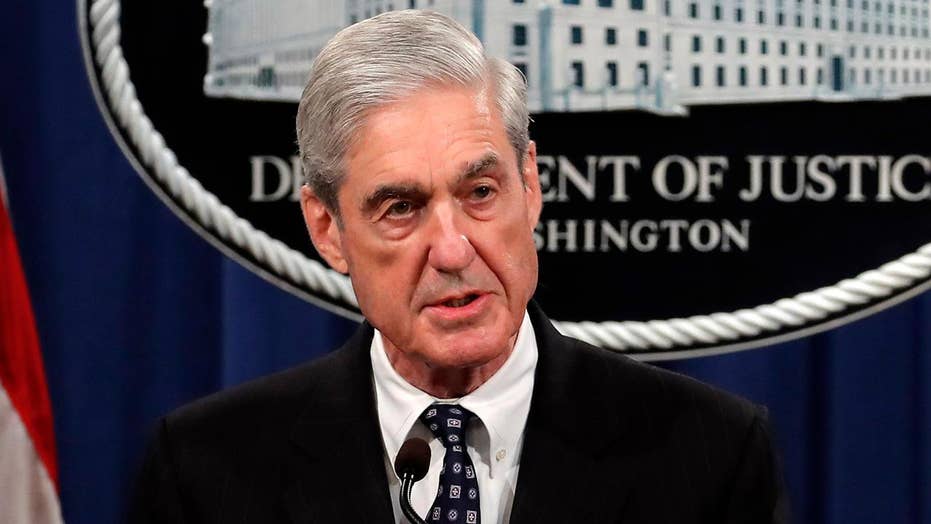 Asked about the timing, a source familiar with the situation told Fox News that "nothing is a coincidence" when it comes to Halper, and that Kislyak was likely under U.S. surveillance at the time of the contacts.

The information was contained in a so-called "302" witness report prepared by top FBI brass and finalized more than three weeks after Flynn's Jan. 24, 2017 White House interview with two FBI agents, including Peter Strzok. Flynn previously served as head of the Defense Intelligence Agency during the Obama administration, before advising the Trump campaign and briefly joining that administration. A semi-redacted version of the 302 was released last December that omitted reference to some of Flynn's contacts after his DIA service.

In particular, only the unredacted 302 indicates that Flynn told the interviewing agents that he had "met with Kislyak at the Russian Ambassador's residence next to the University Club prior" to traveling to Russia in December 2015. The mid-afternoon visit, which the 302 characterized as a "courtesy call," came as Flynn was preparing to travel to Moscow as a private citizen to speak at a Russia Today (RT) event.

Flynn was paid $45,000 to speak on Middle East issues at the gathering, where he shared a table with President Vladimir Putin. According to the 302, Flynn received an appropriate "threat briefing" from U.S. officials before attending.

Additionally, according to both the redacted and unredacted 302s, "Flynn stated he called Ambassador Kislyak following [former GRU Director Igor] Sergun's death in Lebanon ... to express his condolences" and note that Sergun was "someone the U.S. could work with." Segun died Jan. 3, 2016.

Just days later, as Flynn's role informally advising the Trump campaign became known, a Russian-born U.K. academic, Svetlana Lokhova, said she received an invitation out of the blue to a private dinner party with Halper.

Halper is widely reported to have been a confidential source in the FBI's original probe into Russian meddling in the 2016 election.

During the 2016 presidential campaign, Halper also reached out to Trump campaign aides including Carter Page, George Papadopoulos and Sam Clovis.

“It was very, very unusual because Stefan Halper and I, despite being part of the same group, and meeting pretty much in a public forum, we've had no personal contact at all. [Halper] to me was an obnoxious academic who absolutely hated all Russians," Lokhova told Fox News in April.

FLYNN: FBI PUSHED ME NOT TO HAVE LAWYER AT FATEFUL WHITE HOUSE INTERVIEW

In a lawsuit filed last month, Lokhova accused Halper and various news media outlets of conspiring to defame her, by falsely claiming she had inappropriate contact with Flynn to further the narrative that Flynn was compromised by Russia.

The complaint asserted that "Stefan Halper is a ratf----- and a spy, who embroiled an innocent woman in a conspiracy to undo the 2016 Presidential election and topple the President of the United States of America."

Multiple independent reviews into potential FBI and DOJ misconduct in 2016 are ongoing, as new information suggests the Trump team was targeted earlier than previously known. Buried in the second volume of the Mueller report was a mention of an existing FBI investigation of Flynn "based on his relationship with the Russian government," which predated Flynn's phone calls during the presidential transition in December 2016 with Kislyak that ultimately led to his termination for lying.

It had been originally thought that Flynn’s communications with Kislyak – picked up by the U.S. intelligence community – made the FBI suspicious, sparking the Flynn probe.

According to Mueller's report, "members of the intelligence community were surprised by Russia's decision not to retaliate in response to the sanctions. When analyzing Russia's response, they became aware of Flynn's discussion of sanctions with Kislyak. Previously, the FBI had opened an investigation of Flynn based on his relationship with the Russian government. Flynn's contacts with Kislyak became a key component of that investigation."

After Fox News reported on the development last month, President Trump questioned, in a tweet, why he wasn't briefed on the probe in 2016 "so that I could make a change?"

Separately, the 302 released Thursday also revealed for the first time that in late December 2016, Kislyak called Flynn to set up a videoconference between the president-elect and Russian President Vladimir Putin.