Carter Page on why he is suing the DNC

Key players in the Russia investigation are being sued for defamation by Page; former Trump campaign aide speaks out on 'Hannity.'

Former Trump campaign official Carter Page announced on Monday a defamation lawsuit against the Democratic National Committee (DNC) over the salacious dossier that claims he has ties to Russia.

Page told Fox News’ “Hannity” on Monday that his lawsuit goes “beyond any damages or any financial aspects.”

“There have been so many lies as you’re alluding to and you look at the damage it did to our Democratic systems and our institutions of government back in 2016. And I’m just trying to get some justice,” he said.

"There have been so many lies as you’re alluding to and you look at the damage it did to our Democratic systems and our institutions of government back in 2016. And I’m just trying to get some justice."

The Steele dossier, which alleges ties between the Trump campaign and Russia, was predominantly funded by the DNC and the Hillary Clinton campaign.

The Department of Justice released documents earlier this summer that were used by the government to justify the FISA surveillance warrant against Page.

The unredacted sections of the FISA documents don’t indicate the dossier’s content was ever verified. The FBI said Steele was “reliable” based on his previous work. 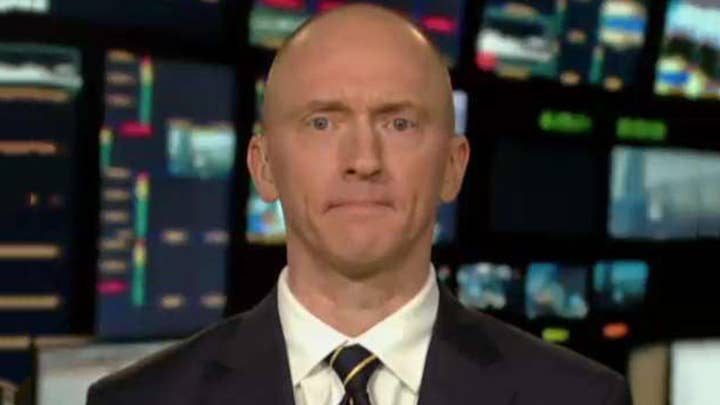 After the ex-British spy was “suspended and then terminated” as an FBI source – for what the bureau described as “unauthorized disclosure to the media of his relationship with the FBI” – he reportedly remained in contact with Bruce Ohr, a U.S. Justice Department official whose wife, Nellie Ohr, worked for Fusion GPS.

Page is seeking special and punitive damages in excess of $75,000, according to the New York Post.

“The slanderous statements made and libelous documents” that were reportedly provided to the media organizations “directly exposed Dr. Page to public hatred, contempt, ridicule and obloquy … and injured him severely in all his occupations, and tended to scandalize both his colleagues and friends,” Page’s lawsuit claims.