The revelations are contained in heavily-redacted documents released over the weekend after a Freedom of Information lawsuit by the organization Judicial Watch.

The materials released by the DOJ include an October 2016 application to the Foreign Intelligence Surveillance Court to wiretap Page as well as several renewal applications.

The FBI's assessment that Steele was not the direct source of the Yahoo News article is contained in all of the released FISA applications, including a renewal in June 2017. 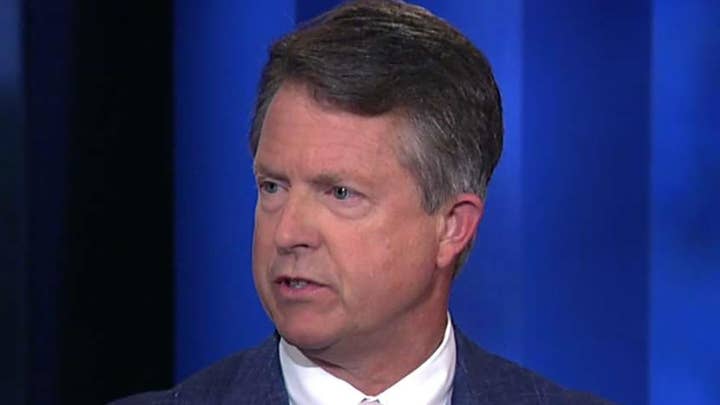 The documents describe Source #1 as someone "hired by a business associate to conduct research" into Trump's Russia ties -- but do not mention that Fusion GPS was funded by the DNC and Hillary Clinton campaign.

Instead, the documents say only: "The FBI speculates that the identified U.S. person was likely looking for information that could be used to discredit [Trump's] campaign."

The FBI describes Steele in the documents as "credible" and "reliable," but noted that it suspended its relationship with him in October 2016 because of his "unauthorized disclosures to the press."

The unredacted FISA materials also contain only limited references to ex-Trump adviser George Papadopoulos. Media reports had speculated that Papadopoulos' 2016 meeting in London with a professor who had ties to Russia was a key justification for the FISA-authorized surveillance of Page.

Papadopoulos has since pleaded guilty to lying to federal investigators in Special Counsel Robert Mueller's probe.

Reacting to the document release, Page told Fox News, "I'm having trouble finding any small bit of this document that rises above complete ignorance and/or insanity."

In the early renewals of the FISA application, the FBI disclosed to the court that Page had strongly denied the Yahoo News reporting.

In a series of tweets early Sunday, President Trump called the FISA documents proof of a "witch-hunt" and a "scam," and praised Judicial Watch for obtaining the documents.

But Democrats countered that the release had, in fact, vindicated the FBI.

"These documents affirm that our nation faced a profound counterintelligence threat prior to the 2016 election, and the Department of Justice and FBI took appropriate steps to investigate whether any U.S. persons were acting as an agent of a foreign power,” Rep. Adam Schiff, D-Calif, who serves as ranking member of the House intelligence committee, said in a statement.

“FBI and DOJ would have been negligent had they not used all the tools at their disposal, including Court-authorized [Foreign Intelligence Surveillance Act] FISA surveillance, to protect the country," he added.