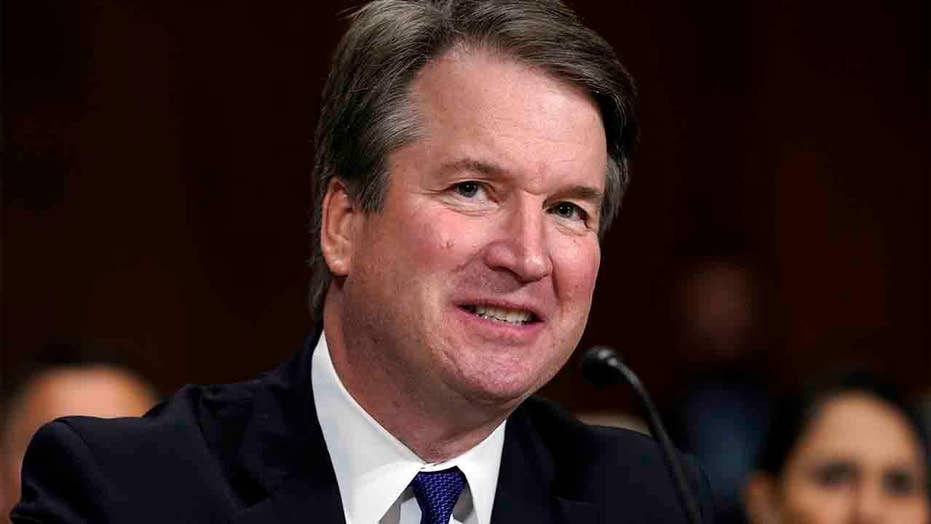 What new information might the FBI uncover about Kavanaugh allegations? 'America's News HQ' panel weighs in.

The FBI has reached out to a second woman who has accused Supreme Court nominee Brett Kavanaugh of sexual assault -- a day after President Trump ordered the bureau to conduct a new background investigation.

An attorney for Deborah Ramirez, who claims that Kavanaugh exposed himself to her at a Yale college party in the 1980s, said that the FBI had reached out to her.

"We can confirm the FBI has reached out to interview Ms. Ramirez and she has agreed to cooperate with their investigation," attorney John Clune said in a statement. "Out of respect for the integrity of the process, we will have no further comment at this time."

The development was first reported by The Washington Post.

Before heading to West Virginia on Saturday for a political rally, President Trump expressed confidence in Kavanaugh.

"I would expect it's going to turn out very well for the judge," he said. "There's never been anybody that's been looked at like Judge Kavanaugh."

Trump said he had no backup plan concerning his nomination, and didn't need one. 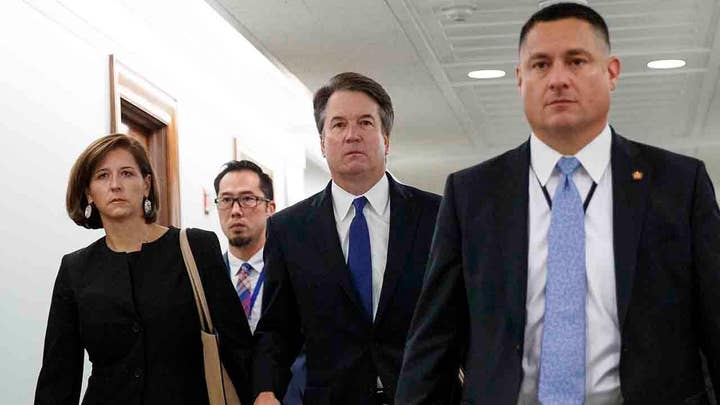 The president also voiced confidence in the investigative process. "The FBI I believe is doing a really great job," he said. They have been all over already. They have free rein. They're going to do whatever they have to do, whatever it is they do. They'll be doing things that we've never even thought of, and hopefully at the conclusion everything will be fine."

In the added inquiry, which he expects to take less than a week, Trump said there might be "a blessing in disguise," exposing Democrats' machinations over the past several days.

The FBI background check comes after Sen. Jeff Flake, R-Ariz., joined Democrats on Friday in calling for the investigation into sexual assault allegations made against Kavanaugh.

Kavanaugh has repeatedly denied all accusations against him.

On Thursday Kavanaugh testified to a Senate Judiciary Committee hearing after Christine Blasey Ford testified that he had assaulted her at a high school party in 1982. In a blistering response, he called the circumstances surrounding his nomination a "circus."

On Friday, the committee voted to recommend Kavanaugh to the Senate for confirmation to the high court post, but Flake requested the “limited” weeklong background check. With Republicans holding a very slim majority in the Senate, Trump ordered the investigation despite GOP leaders having previously argued there was no need for further investigation.

The inquiry is expected to wrap by Friday.

In a letter to FBI Director Christopher Wray on Saturday, Sen. Orrin Hatch, R-Utah, requested that the bureau notify the White House Counsel's Office immediately if any witnesses attempt to in any way delay the investigation or decline to cooperate.

One key reason for his concern, wrote Hatch, a member and former chairman of the Senate Judicary Committee, "comes from testimony during the hearing this past Thursday. According to Dr. Ford, she would have preferred to have been interviewed in California, away from the spectacle of a public hearing. But her lawyers apparently refused to convey to their client numerous offers by Senate Judiciary Committee Chairman Chuck Grassley to conduct a public or private interview in a location of her choosing. The lawyers’ refusal led directly to a public hearing, against Dr. Ford’s express wishes. This is deeply troubling."

Republicans have accused Democrats of trying to delay the vote until after the midterms, when Democrats are hoping to have retaken control of the Senate. Democrats, in turn, have assailed what they say has been a rush toward confirmation regardless of the allegations against the judge.

On Friday Flake defended his decision to press for the further inquiry, saying he wanted to protect the credibility of America’s institutions.

“Two institutions, really,” he told the Atlantic. “One, the Supreme Court is the lone institution where most Americans still have some faith. And then the U.S. Senate as an institution — we’re coming apart at the seams. There’s no currency, no market for reaching across the aisle. It just makes it so difficult.”

However, he also said that the delay could eventually help both Republicans, and Kavanaugh himself.

“Obviously. I’ve felt that this delay is as much to help him as us. My hope is that some Democrats will say, “Hey, we may not change our vote, but this process was worthy of the institution, and we feel satisfied.”

"That means something,” he said. “The country needs to hear that.”

A third woman has also leveled charges against Kavanaugh. As was the case with Ford and Ramirez, she said the events occurred decades ago.

In a sworn declaration, Julie Swetnick of Washington, D.C., said she witnessed him "consistently engage in excessive drinking and inappropriate contact of a sexual nature with women in the early 1980s" and that Kavanaugh was involved in "gang" rapes of girls at parties.

As with the other cases, the judge has maintained his innocence.