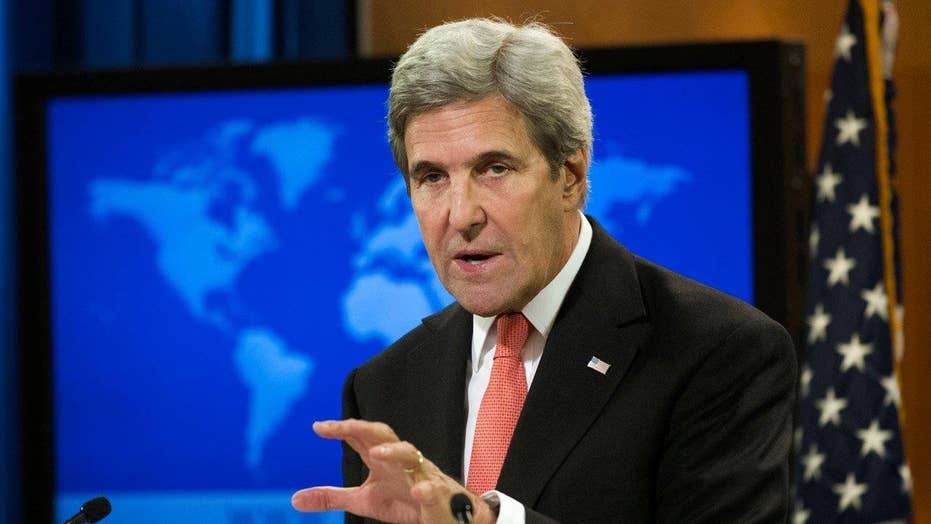 President Trump’s missile strikes on the Assad regime have re-opened the divide among former Obama administration officials over their much-critiqued Syria policy.

While some Barack Obama allies criticized Trump and defended the former administration's diplomatic approach, others could hardly contain their relief that the U.S. had taken military action in response to chemical weapons use.

“Donald Trump has done the right thing on Syria. Finally!! After years of useless handwringing in the face of hideous atrocities,” tweeted Anne-Marie Slaughter, a former policy planner in Obama’s State Department.

Slaughter lauded Trump for doing what some say Obama should have done years ago: punish Syrian President Bashar Assad for using chemical weapons on civilians.

Obama vowed in 2012 that such actions would cross a “red line.” But he failed to enforce the promise a year later when hundreds of Syrians were killed by sarin gas and instead brokered a multi-nation deal in which Assad pledged to remove his chemical-weapons stockpile.

Kerry, however, was notably frustrated about such diplomatic efforts having no military backbone, even as he voiced public support for the deal and claimed -- erroneously, it turned out -- that it removed "100 percent of the chemical weapons."

“I think you’re looking at three people, four people in the administration who have all argued for use of force, and I lost the argument,” Kerry told a group of Syrians last year at a United Nations meeting, according to an audiotape obtained by The New York Times.

In the wake of the Trump missile strikes, a source close to Kerry said he was “absolutely supportive” of the decision and “gratified to see that it happened quickly,” according to Politico.

Another former Obama official was quoted in the same article saying, "Our administration never would have gotten this done in 48 hours. ... It’s a complete indictment of Obama."

Kerry has made no public statements since Navy warships on Thursday fired dozens of missiles into a Syrian airbase from which Assad apparently launched his chemical attack on civilians earlier in the week, killing 87.

Susan Rice, an Obama national security adviser, earlier this year lauded the administration’s efforts to get Assad to “verifiably” surrender the stockpile without the threat of force -- telling NPR that the move was consistent with Obama’s desire “not to intervene in the civil war.”

She also has not publicly commented on the missile strike.

However, Ben Rhodes, a former deputy national security adviser for Obama, has posted numerous tweets criticizing Trump, including one that suggested the president’s motive was to “generate … positive” press.

Stop and consider the incentives being created for future military action with a President like Trump. https://t.co/UhKGC8LBXf

We still have no clear answers about what strategy the strike is advancing, what we are asking of allies, what the role of Congress is https://t.co/SL89H8xfMX

“Strikes could not have ended the violence in Syria or removed all of the (chemical weapons) which was destroyed through diplomacy,” Rhodes said in one post.

Also worth noting that strikes could not have ended the violence in Syria or removed all of the CW which was destroyed through diplomacy. https://t.co/JyzWtObDEZ

He also defended the administration's decisions, albeit cryptically, in response to The Wall Street Journal's Bret Stephens, who wrote: “You had the chance to stop genocide, chaos, a refugee crisis, Russia's intervention, @brhodes. You did nothing. Try shame instead of snark.”

“I respect your passion,” Rhodes responded. “But giving any US Administration agency for all the forces at work in Syria only makes finding solutions harder.”

I respect your passion. But giving any US Administration agency for all the forces at work in Syria only makes finding solutions harder. https://t.co/SnRdcOGjno