Were Trump's changes what America wanted?

President-elect Donald Trump is rewriting the rules of the presidency, but he is stealing a page from his predecessor’s playbook -- with allies creating an outside political operation to communicate and generate support for his agenda.

“It is almost exactly the model used by Obama,” former House Speaker Newt Gingrich told FoxNews.com. “There is a lot to be said for having people out there fighting for your agenda.”

Serious talk of forming a group modeled after Organizing for America, the network founded in 2009 by President Obama's campaign manager David Plouffe, was sparked earlier this month after Kellyanne Conway raised the issue on Twitter.

“West Wing welcome mat is out, but we need a superstructure like the one Plouffe built,” she tweeted.

Until she joined the administration as counselor to the president -- a move announced Thursday -- Conway looked like a front-runner to head up the so-called “Trump superstructure.” But speaking Thursday with Fox Business Network's Maria Bartiromo, Conway again advocated for the idea, calling the outside network "incredibly important to help the president in pushing through his legislative agenda and his Cabinet nominees, ultimately his Supreme Court nominees."

The "structure" appears to be forming, even if the planning remains in its infancy and Conway is not at the top.

While Gingrich told FoxNews.com he will not be involved with the emerging outside network -- focusing instead on his new mission to develop a strategic plan to shrink and modernize government -- former Trump campaign digital director Brad Parscale confirmed to The Associated Press he was forming a nonprofit focused on “supporting the conservative agenda and what the Trump movement stands for.”

Parscale is not the only former Trump insider to set up shop on the periphery of Trump World.

Former campaign manager and onetime CNN contributor Corey Lewandowski announced this week that he and former Trump campaign strategist Barry Bennett were launching Avenue Strategies, a political consulting firm down the street from the White House.

The firm will cater to clients, but Lewandowski also told "Fox & Friends" he wants to be helpful in advancing Trump’s economic agenda.

Meanwhile, Parscale, who has a firm in San Antonio, Texas, lacks Washington experience but like Lewandowski possesses something more important -- Trump’s trust and an understanding of how the president-elect thinks.

“[Parscale] is a capable political operative who also is someone trusted by the Trump inner circle and understands the uniqueness of the Trump organization and Trump himself,” said Ryan Williams, a Republican strategist and former aide to Mitt Romney.

While there is agreement that an external organization is needed, Politico reports there is dissension within the Trump orbit about who should control it.

Williams told FoxNews.com an outside political operation is an important component of a successful administration because it can raise the funds needed to support GOP candidates and also defend the Trump agenda from well-funded liberal groups.

“The president will want to ensure there is an outside organization to support his agenda that won’t cannibalize resources from the established party structure,” he said.

Largely self-financed, Trump did receive support from large donors through the Great America super PAC, the political action committee led by veteran GOP strategist and one-time Reagan aide Ed Rollins. While it's unclear what Rollins plans to do next, the PAC spent nearly $30 million on ads during the campaign, and post-election has concentrated its efforts on raising money to support Trump’s agenda, according to The Washington Post.

Any concerns that big-dollar Republican donors will balk at backing such an effort are misplaced, Gingrich said.

“These people are so delirious that Hillary Clinton was not elected that they will do anything to get on board, particularly with Republicans in control in the House and in the Senate,” he said.

Expectations for such organizations can be high. The Obama-allied OFA came under intense criticism from Democratic insiders after the 2010 midterm elections when Republicans gained 63 seats and the majority in the House. Some Democrats complained the wave was a result of OFA’s decision not to play an active role in the midterms.

Well before the ages of Obama and now Trump, Ronald Reagan also recognized the benefit of having an arm outside the West Wing to rally the grassroots.

Shortly after Reagan’s first successful campaign for the White House, wealthy Republican businessman Lewis E. Lehrman created Campaign for America, which was described at the time as a “nonpartisan civic group banded together in the common interest of building a stronger America.” 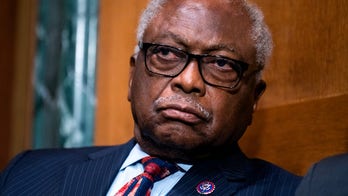