Dozens of graduates and faculty at Taylor University in Indiana walked out on Saturday’s ceremony just before Vice President Mike Pence took the stage to deliver a commencement address.

The protest came after students and faculty at the Christian liberal arts school of about 2,500 debated whether the presence of the state's ex-governor would be appropriate, The Indianapolis Star reported. His invitation to the university had elicited mixed reaction from students, faculty and alumni.

Most of the school’s 494 graduates remained in their seats for his speech. 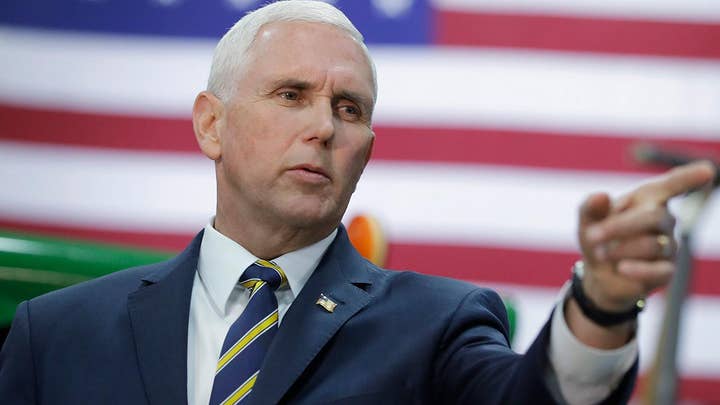 Graduate Laura Rathburn said she was disappointed the school had involved Pence in Saturday’s ceremony. She told the paper she planned to walk out in protest and decorated her cap in rainbow colors with a message: "Ally Visible For Those Who Can't Be.”

“I thought it was a really inappropriate decision. I think his presence makes it difficult for everyone at Taylor to feel welcomed,” she told the paper before the ceremony.

Other graduates and faculty in the school’s social work department wore stickers that read: "We are Taylor too” in protest of Pence’s presence.

"I knew it was going to be rough because he's such a large political figure and this administration's made some very unpopular and sometimes, like, harmful decision for people," graduate Jennifer Nelson told The Star. "We have students from all over the world and like even students who have been impacted by some of this administration -- not just the presidency but by Pence when he was governor here."

Pence has come under for comments and policies that critics say discriminate against the LGBTQ community. And the administration has made one of its signature issues a tougher stance on immigration, particularly across the southern border with Mexico. 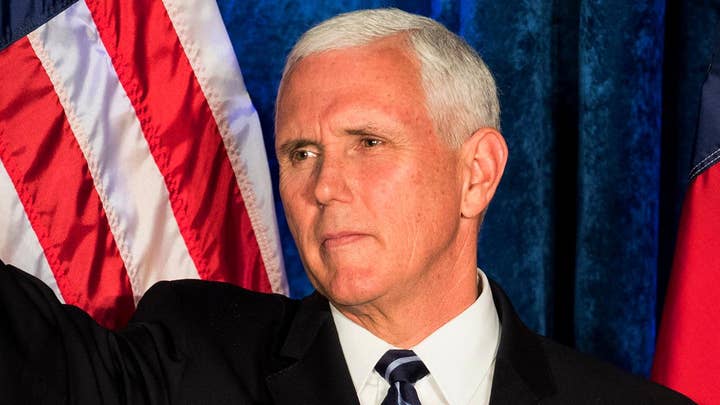 "For me personally, I think we should identify as Christians first before we have political ties,” graduate Katie Tupper said.” That might not be an issue for everyone but I think that we struggle a lot at Taylor in trying not to raise our political views. ... The purpose of this is recognize that we're all a part of Taylor." 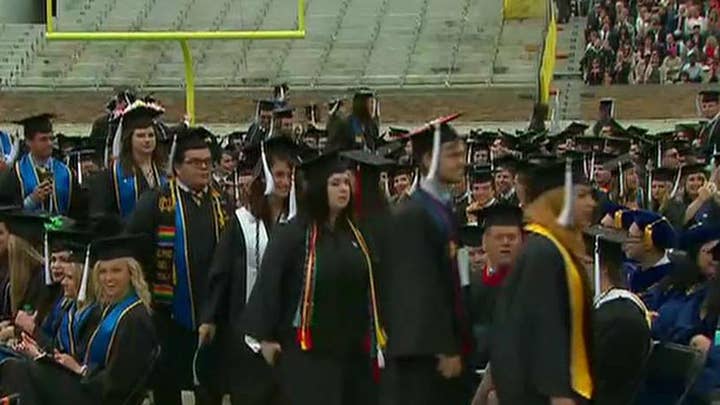 Some critics told the paper they weren’t opposed to Pence speaking at the school under different circumstances.

In 2017, dozens of students walked out before Pence spoke at a University of Notre Dame graduation ceremony. He most recently warned graduating seniors at Liberty University in Virginia to be prepared for persecution from what he described as the “secular left.”